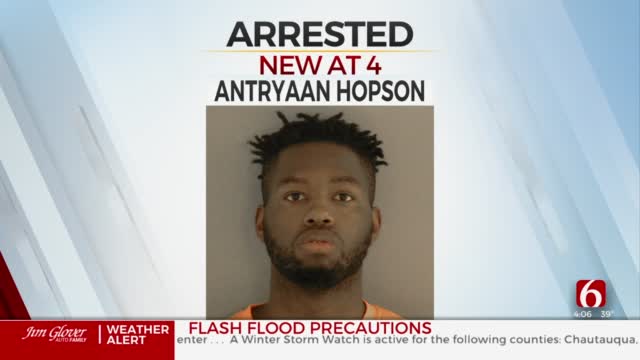 A man is in jail after detectives said he broke into a Tulsa Police cruiser on Christmas Eve and stole guns.

Investigators said they were able to identify a suspect car from nearby security video and traced it to Antryaan Hopson.

When they served a warrant on Hopson's home, they were able to recover the guns and items from other burglaries.