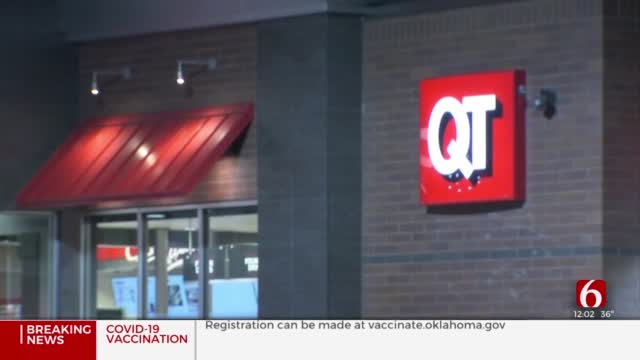 Tulsa police on Friday morning are searching for a man they say robbed a QuikTrip at gunpoint overnight.

According to police, the robbery took place at the QuikTrip near East 41st Street and South Garnette Road. Officers were called to the scene just after 2 a.m. however the suspect was gone by the time they arrived.

Police said that surveillance video obtained from the scene shows the suspect walking around the store for about 30 minutes before he walked up to the clerk and pulled out a gun. Officers said that the suspect escaped with money and some food items.

TPD officials said an investigation is ongoing and there were no employees hurt during the alteration.