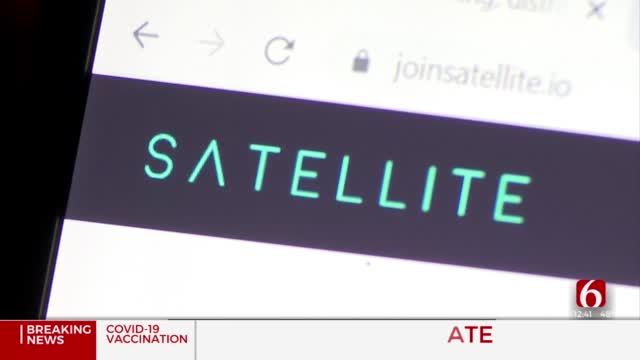 A new company called Satellite has chosen Tulsa for its start-up headquarters. The start-up helps people by teaching new skills for a tech sales job while giving students their freedom by making the program and jobs fully remote if they so choose.

Satellite CEO Chris Waldron said he chose Tulsa for their home base because this city has “proven time and time again that the city has both a great quality of life and cost of living”. He said they are diving into their mission of helping people learn specific new skills because everyone should have equal opportunities when it comes to a career they love.

Their “boot camp program” is an eight-week course that educates their “pioneers”, or students, on tech sales and everything that comes with that field. They get hands-on experience while learning along with a one on one mentorship.

Waldron said they interviewed more than 100 candidates for their first trial run of the program and narrowed it down to five people to start with. Those five are scheduled to finish their course in February with many resources at their fingertips when they are finished.

One of those five students that made it into the first round of the program is Christina Parker. She is a Green Country teacher who said she started looking for a career change about a year ago but did not have a lot of extra time or money to make such a change.

“I do have a traditional background, I have a master’s degree, but I do love my job it’s just not everything anymore,” Parker said.

When the company officially started in September, Parker was able to get into the program and is now just days away from completing her eight weeks of tech sales boot camp.

Parker said she could not be happier with her Satellite experience because she has found something she is passionate about.

The program is remote, but Satellite has paired with 36 Degrees North as a temporary workspace if anyone needs a place to work away from their home. The jobs they are being trained for are also remote work, but the workspace can be used by employees in their new jobs as well.

Waldron said they are planning on building a physical building in the future as the official Satellite location.

“Not everyone fits the normal nine to five job experience,” Waldron said. “I have known for a while I want to help people change their lives through their career and remote work is becoming the new normal.”

With the help of the George Kaiser Family Foundation, these students are receiving free tuition so that everyone has an equal opportunity to be a part of the training program. The cost of tuition per person is almost $2,000.

Waldron said within the next couple of years they plan to help get up to 500 newly trained people a year hired in tech sales jobs.

“A lot of people are college opt-outs and just because someone chooses not to go to college or because their dad or mom can’t get them a job at a local law firm doesn’t mean they shouldn’t have access to those opportunities,” Waldron said.

The next round of Satellite’s eight-week boot camp starts on January 25. Applicants can submit their paperwork as late as January 24 in an attempt to get into the program the next day. To learn more or apply for the program, Click Here.