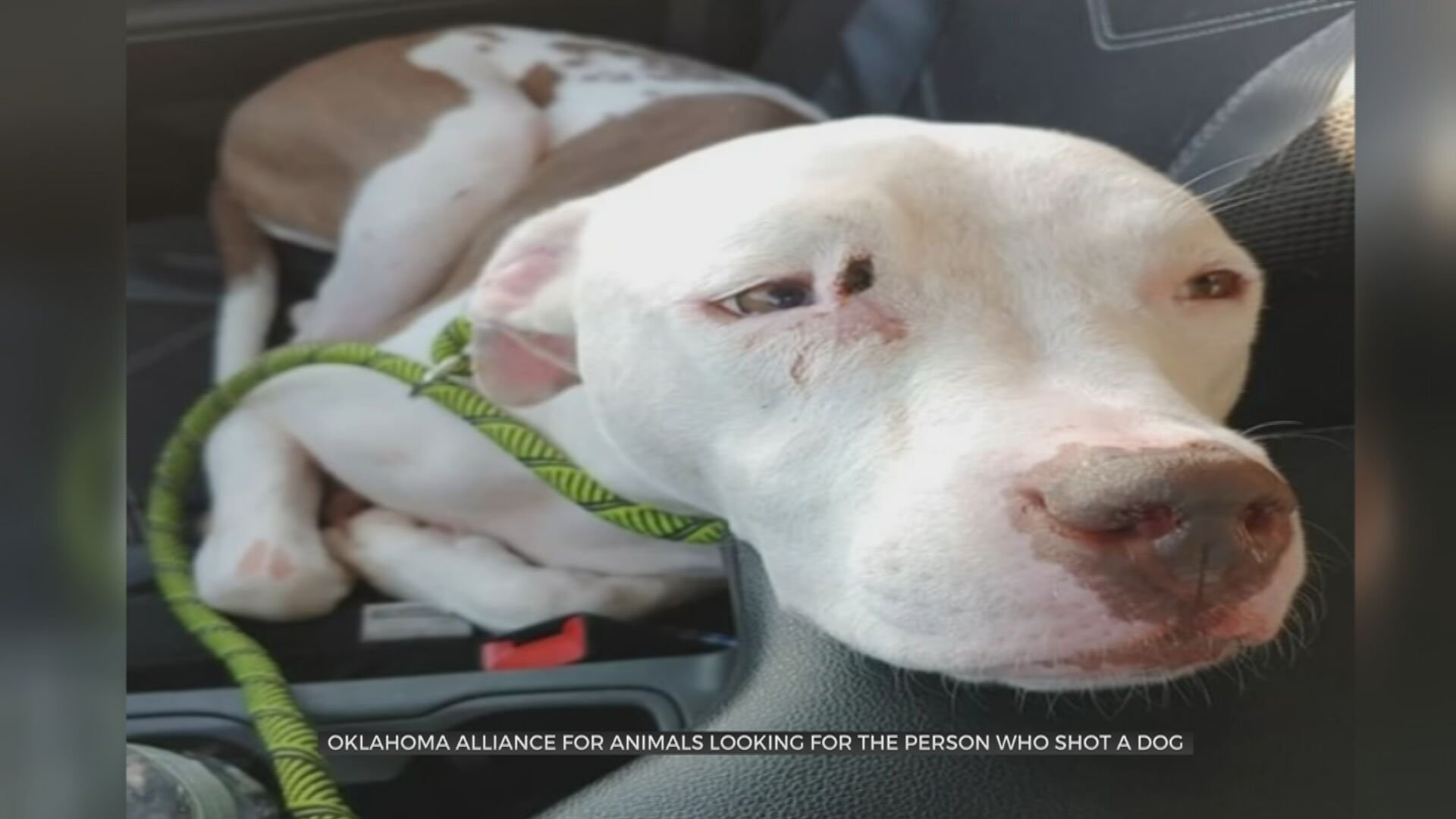 The Oklahoma Alliance For Animals said they are now caring for a dog who was shot in the head and want the person who did this to be held responsible.

"One of our vets said he's as lucky as a dog shot in the head could be," Oklahoma Alliance for Animals executive director Erin Shackelford said.

Shackelford said Thor was first taken to an emergency vet as a stray who had been hit by a car. Veterinarians later determined he had a bullet wound.

"The bullet kind of went between his eyes, down through the top of his mouth, and out the bottom," Shackelford said.

Shackelford said they tracked down the person who had originally adopted Thor but figured out they had found him a new owner through Craigslist. She said the new owner took Thor to the emergency vet.

"It's very common in rural Oklahoma for shooting a dog to be a solution to a problem so more than anything we just want people to know shooting a dog should never be the answer," Shackelford said.

She said they are working with law enforcement to get answers on what exactly happened.

"We do think the person who took him to the vet knows what happened, we just hope that person will kind of tell us the truth," she said.

Shackelford said Thor is staying with a new family and making a full recovery.

"It's really a testament to how resilient they are because he is still so loving and gentle with his foster," Shackelford said.