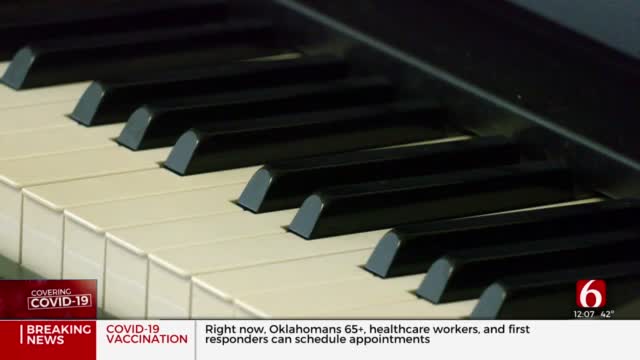 A Broken Arrow music school owner said the pandemic has taken a major toll on her business, but she said that she remains hopeful that business will make a comeback.

Courtney Toumayan owns the Toumayan School of Music in Broken Arrow, and she said that the school has lost nearly 50% of its students since the start of the pandemic.

The school used to have three locations in Broken Arrow, Claremore, and Wagoner but Toumayan said that she has had to shut down the Wagoner and Claremore locations because of the financial toll.

Toumayan reached out to the community last month, with a Facebook post, asking for help getting out the word about her business and since then she said the school has received a lot of interest; so, she is confident business will make a comeback.

“If anybody is going to come alongside and help keep us afloat, it’s going to be the surrounding area," said Toumayan. “If we can make it through this year, we can make it when we come back full-force.”

Toumayan said that she hopes to reopen the other two locations at some point because she is passionate about kids in rural communities having access to music.