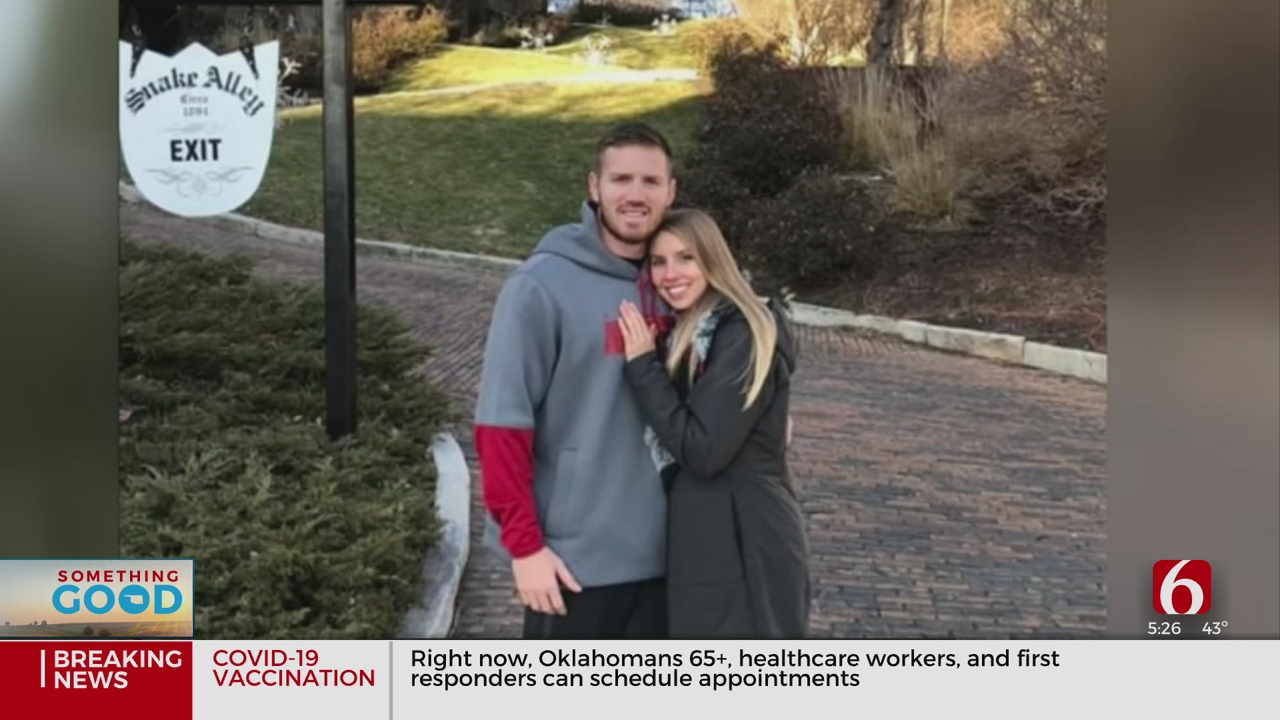 An Oklahoma woman is sharing her love story that started at the beginning of the pandemic and by Christmas Day, she had an engagement ring on her finger.

"Every single word was so special," said Lana Duke.

"I met you out of nowhere, now there is nowhere I would rather be," sang Nashville singer/songwriter, Robert Deitch.

Out of a pandemic, Lana Duke and Ben Durbin's love story began.

"Pure love and what love really is, and really means,” said Duke.

It started here in Tulsa. Durbin is a Strength and Conditioning Coach at Iowa State. Duke is a wrestling fan.

"They were here competing at actually the BOK in March for the Big 12 Championships," said Duke.

"We're not big social media people either so it is so weird, me saying this but it happened!” said Duke.

"Of course, the love of my life doesn't live in Iowa like me, she didn't grow up next door to me, she grew up in Oklahoma," said Durbin, Duke’s fiancée.

Eventually, the distance couldn't keep them apart any longer, they met in person and the relationship kept flourishing.

"I think it was just little things adding up over conversations and time and little by little I was like, this is the one," said Duke.

A big group of their families were together over Christmas, when Durbin took Duke away to give her, her present.

"I had a feeling the proposal might happen but I had no idea how he would do it," said Duke, "He handed me my present and a picture of us was in it of us sailing and then a speaker."

You see, the couple met a songwriter months before and Durbin had been working with him to write and produce a song.

"Lana will you marry me," sang Nashville singer/songwriter, Robert Deitch in his song, Anywhere You Dare to Dream.

"It was the happiest moment of my life," said Duke.

A love story just beginning that proves wonderful moments can come out of the darkest times.

“Naturally, I found the love of my life in a time that was so terrible in some ways, but we were able to find such a positive thing," said Durbin.

“Pure happiness. He is the other half of me,” said Duke.