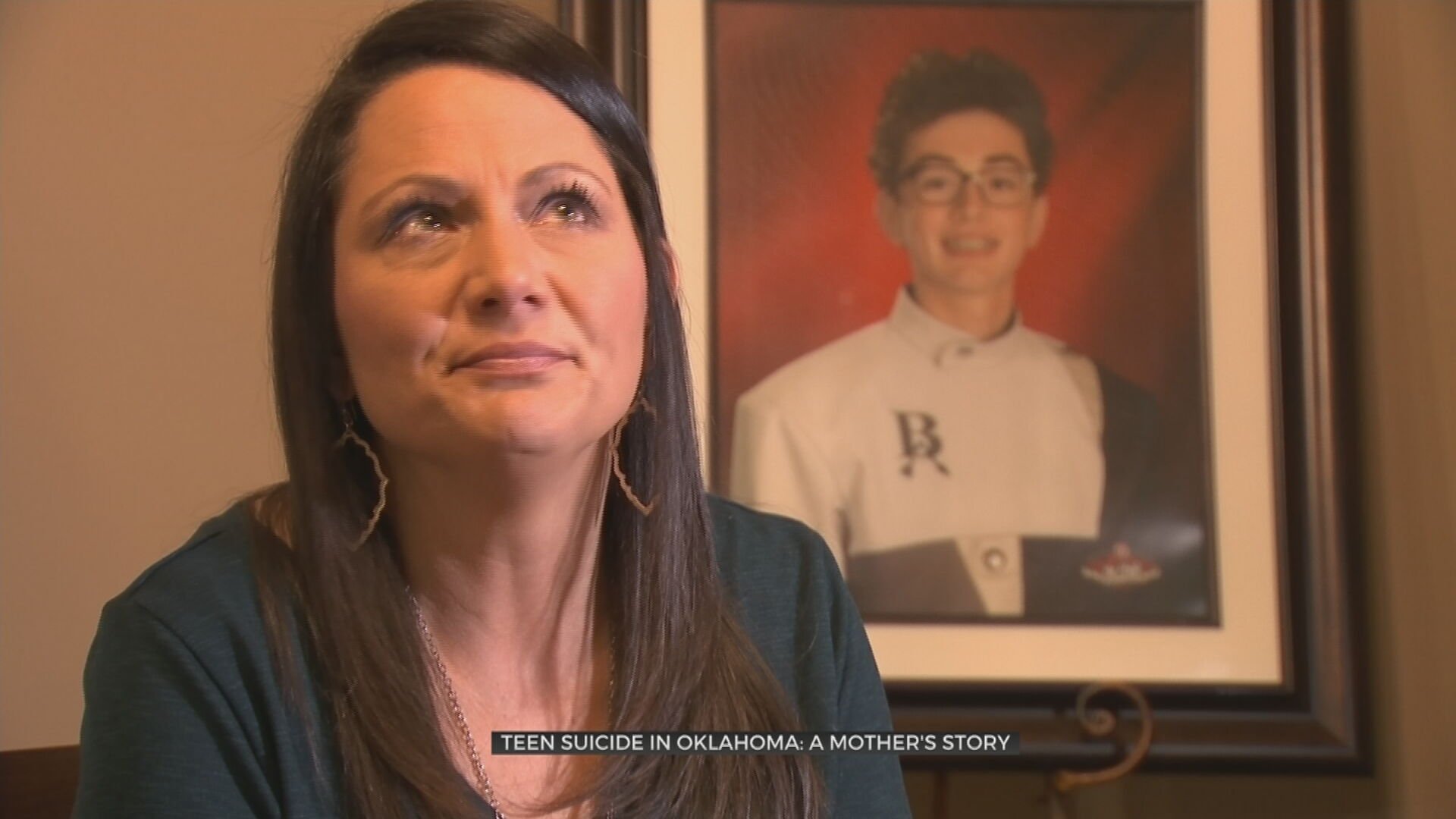 Tulsa's Parkside Psychiatric Hospital reports every bed is full tonight. It is the only treatment facility for youth in Green Country. Officials said the need to address mental health concerns is even greater now, nearly one year into the pandemic.

"Jaymeson was amazing. He was that kid growing up all through school that always wanted to help other people. As a parent, he was kind of that model child. You know, he was never in trouble, his homework was always done, straight-A student. When it came to band he always worked hard," Schwartz said. "Jaymeson was a self-described nerd. He loved to read, he loved to wear a good bowtie and a suit. I think he got that part from his dad. Man, just an amazing kid, great sibling, loved his brother, loved his little sister."

Jaymeson was also described as a giver, a listener and a good friend. On the outside, although a little shy, his mom said he was your typical 16-year-old. But on the inside, Jaymeson was battling a mental illness that would eventually lead to suicide.

"I think as parents we have this idea that something horrible has to happen to make our children have suicidal thoughts and that absolutely happens, but I think we need to remember that mental illness plays a part in that. Looking back, I see a lot of red flags, that as an educator I feel like I should've caught," said Schwartz.

Even with extensive therapy, in-person treatment and medication, on Sept. 29, 2017, Jaymeson made the decision to end his life by jumping off the bleachers at Broken Arrow's Memorial Stadium after a football game.

"I think he just got tired and couldn't fight anymore," said Schwartz.

After it happened, Jaymeson's dad wrote on social media: "Jaymeson was not weak. He was not selfish. He showed more grit getting out of bed every morning than most of us have shown our whole lives."

Sadly, stories like Jaymeson's are not uncommon in Oklahoma. A state health report released this year shows on average, two Oklahomans between the age of 10 to 24 die by suicide every week. That puts Oklahoma in the top 10 worst states when it comes to youth suicide.

"I think it's in part our poverty rate, it's the lack of services available and unfortunately firearms are readily available to youth who decided to end their life and firearms are the most lethal method of suicide," said Parkside Psychiatric Hospital Director Ken Moore.

The leading cause of suicide in Oklahoma at 39% is a problem with a boyfriend or girlfriend, followed by a mental health issue and depression. Over the past 14 years, the number of students who reported feeling sad, hopeless or even considered suicide has remained about the same, which is alarming.

"In Oklahoma up to a third of boys and up to 60% of girls think about ending their life to the degree their developing plans, accumulating the means of killing themselves, making their goodbyes, so we're talking about really serious risk," Moore said.

Schwartz realizes there will be young person watching this report on TV or social media, who feels like her son felt. For those of you who are feeling depressed, alone and maybe even suicidal, she wants you to hear this.

"You matter, you matter! You may not feel like it today. You may not have felt it all week but you matter and this world will be different if you're not in it and if you're having suicidal thoughts or you're harming yourself find someone to tell," said Schwartz.

Schwartz’s world does look different without Jaymeson in it, but she is quick to tell anyone visiting her home that he's still very much there. His pictures and saxophone are proudly displayed in the dining area, his school jacket is at the base of the stairs that lead up to his bedroom where his favorite books, video games and CD's still sit on bookshelves.

"He was skinny, skinny and tall, tall, tall and you could almost wrap your arms around him twice. I can't wait until the day I get to hug him again," Schwartz said.

If you or someone you know needs help, here are some resources and your conversation can remain confidential.