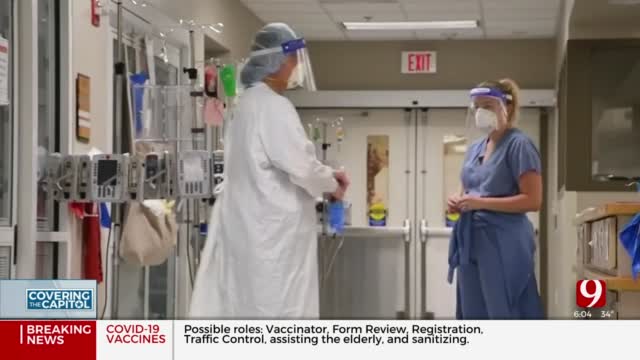 A multi-billion-dollar decision to begin privatizing the state’s Medicaid services has Oklahoma lawmakers at odds with the governor and an unelected health care board.

Tuesday in a 6-to-3 vote, the Oklahoma State Health Care Authority moved to begin the process of privatizing SoonerCare.

“My legitimate prayer is that you and the governor will come to the house that you will work with us and not try to cram those down our throat,” Rep Marcus McEntire, R-Duncan, told Corbett in the House chamber. “I’m laying down the gauntlet and we don’t want to be obstructionist here, but we will if we have to be.”

“The reality is we started this back in June. So, to us it’s not rushed. It’s part of the execution plan we set forth,” Corbett told News 9. “I hope they understood our position and our efforts to do something that’s really transformational for the state.”

Corbett said 40 other states use some form of managed care. The authority’s vote allows him to enter into an agreement with companies not to exceed $2.1 billion.

The goal of the private managed care system is to drive down state cost and increase health benefits all while the company turns a profit. Lawmakers opposed to the idea said its list of goals is contradictory.

“Centene, their market cap is $35.33 billion. The CEO made $26 million in salary last year,” McEntire said as he continued to list sizeable corporate profits. “To achieve profits like that, states are either overpaying or they’re just really damn good at their job and I don’t know which one it is.”

“I don’t either,” Corbett agreed.

“Our state is stuck near the bottom of the list in almost every major health outcome,” he said in a statement Tuesday. “Oklahomans hired me to bring a fresh set of eyes to all areas of state government, and as governor, I can’t stand by and continue with business as usual when the system isn’t working.”

Many lawmakers, including some who have worked with SoonerCare as providers praised the state’s services.

Corbett said he is asking Attorney General Mike Hunter for an opinion on whether the OSHA has the authority to make the changes without lawmakers, however, he’s not letting that slow down the transition.

“Will make a decision who to do business with at the end of this week,” Corbett said. “The formal contracting process will take place after that.”