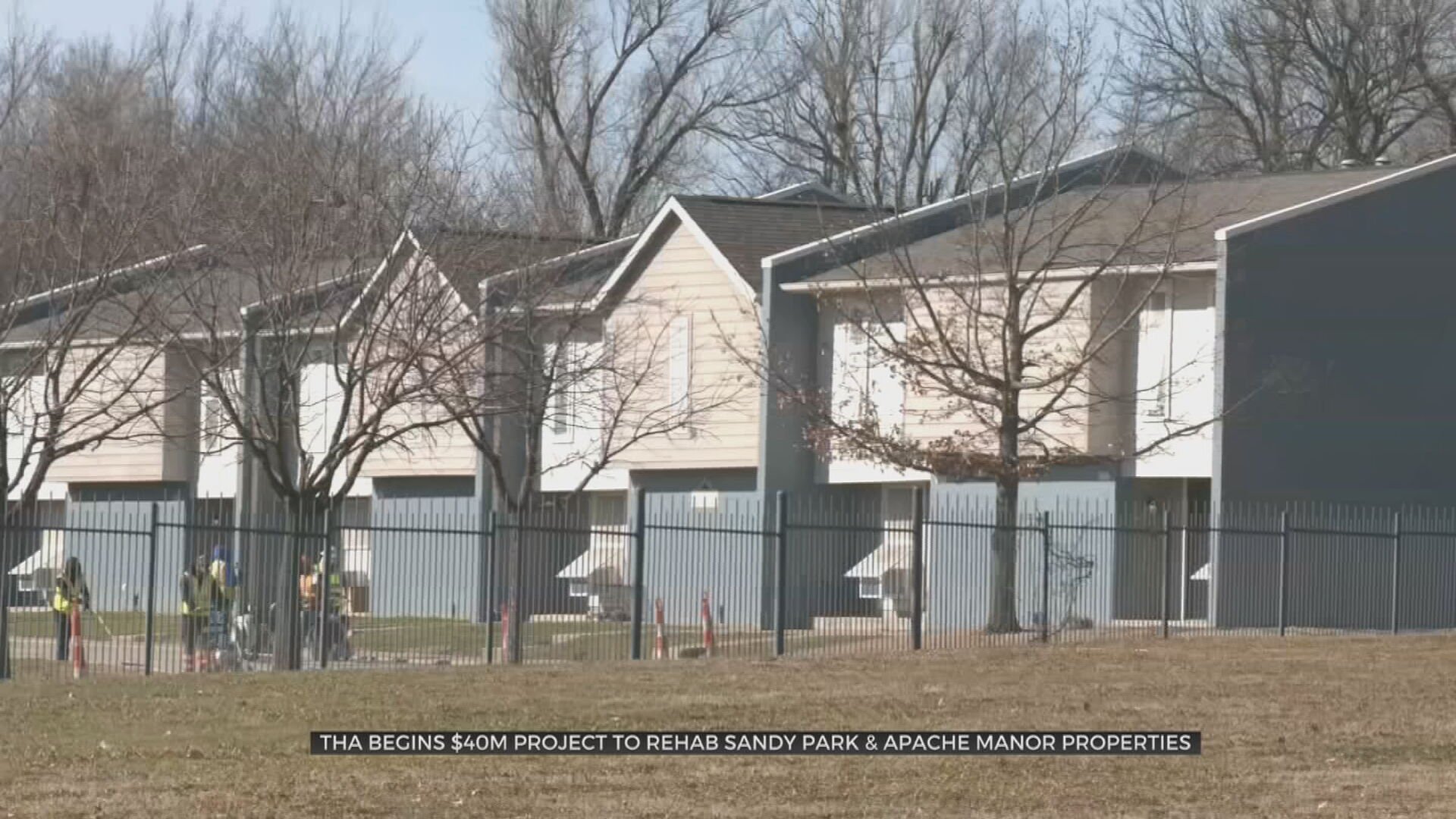 The Tulsa Housing Authority is making major renovations at two of its apartment complexes.

“It allows the housing authority to take advantage of some different funding streams to be able to make these types of improvements,” Tulsa Housing Authority Vice President of Communications Ginny Hensley said.

As each unit gets done, folks move in, like 20-year-old Joshia Rhodes. She's been living at Apache Manor since she was 16 years old and said her new place is nothing like her old unit.

“I know my elders use to stay out here and they didn't change the colors, now they changed the colors, finally building something new,” Rhodes said.

It’s a nearly $40 million project to work on the two complexes. The project focuses on more than just improving the interior of each unit as storm shelters are also being installed at both properties.

Rhodes said she just got a new job and getting a newly renovated home makes things even better.

"I’m getting my GED soon, I'm supposed to reschedule my date, and I'm pretty sure I'll pass, I studied a lot,” Rhodes said.

"A new home, new environment can lift your spirits, can motivate you to achieve, which is exactly what Joshia is doing,” Hensley said.

The work at the two complexes is just the beginning as the Tulsa Housing Authority plans to convert six more properties this year. The renovations at Sandy Park and Apache Manor are projected to be completed by October.