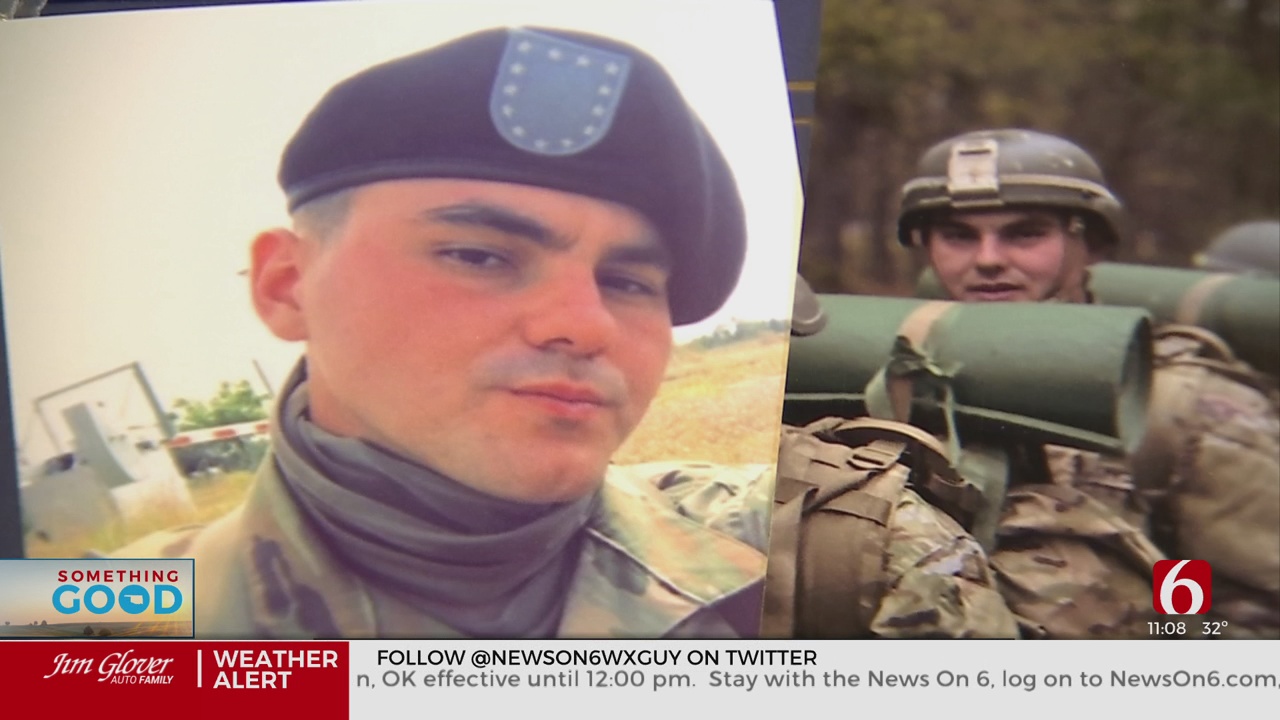 A Vinita family is sending a message to a soldier on the other side of the world. They told News On 6 that the pandemic has prevented them from sending him off twice.

His loved ones are hoping he can feel how much is loved and appreciated all the way from Oklahoma. Handwritten letters aren't a hug. His pictures from basic training are not a replacement for being in the room or hearing his voice.

Until private second-class Spencer Bryant comes home this fall, the letters, pictures, and FaceTime calls are the closest thing his family has to having him at home.

"When you walk out that door, we don't know if we are going to see him again,” Bryant’s sister, Amy Monroe, said. “We hope every day that he doesn't get sent to a conflict or a war, but you know that when you sign that dotted line that you could very well be sent.”

The military roots run deep in this family. Bryant’s sister, his dad, uncles, and grandfathers all served.

When Bryant enlisted and left for basic training, his family knew the drill but that didn't make this process any easier. His family couldn't wait to see him at his basic training graduation but couldn't attend due to the pandemic.

They held out hope they would see him in person at his Advanced Individual Training graduation but that was also made virtual because of the pandemic.

Bryant left for South Korea after that. His family hasn't seen him in nearly a year.

Bryant woke up at 2 a.m. South Korea time just to be on FaceTime for a Thanksgiving meal with his family here in Oklahoma. He calls. They send pictures back and forth.

Bryant is a mechanic. He enjoys taking things apart and putting them back together. There isn’t a stranger he hasn’t met.

Bryant likes to make little lighthearted jokes. It’s the kind of personality his mother looks for in every one of his letters sent home. The jokes signal to his mother that he is alright.

It has been a long time coming but the family is hoping to have Bryant home in October.