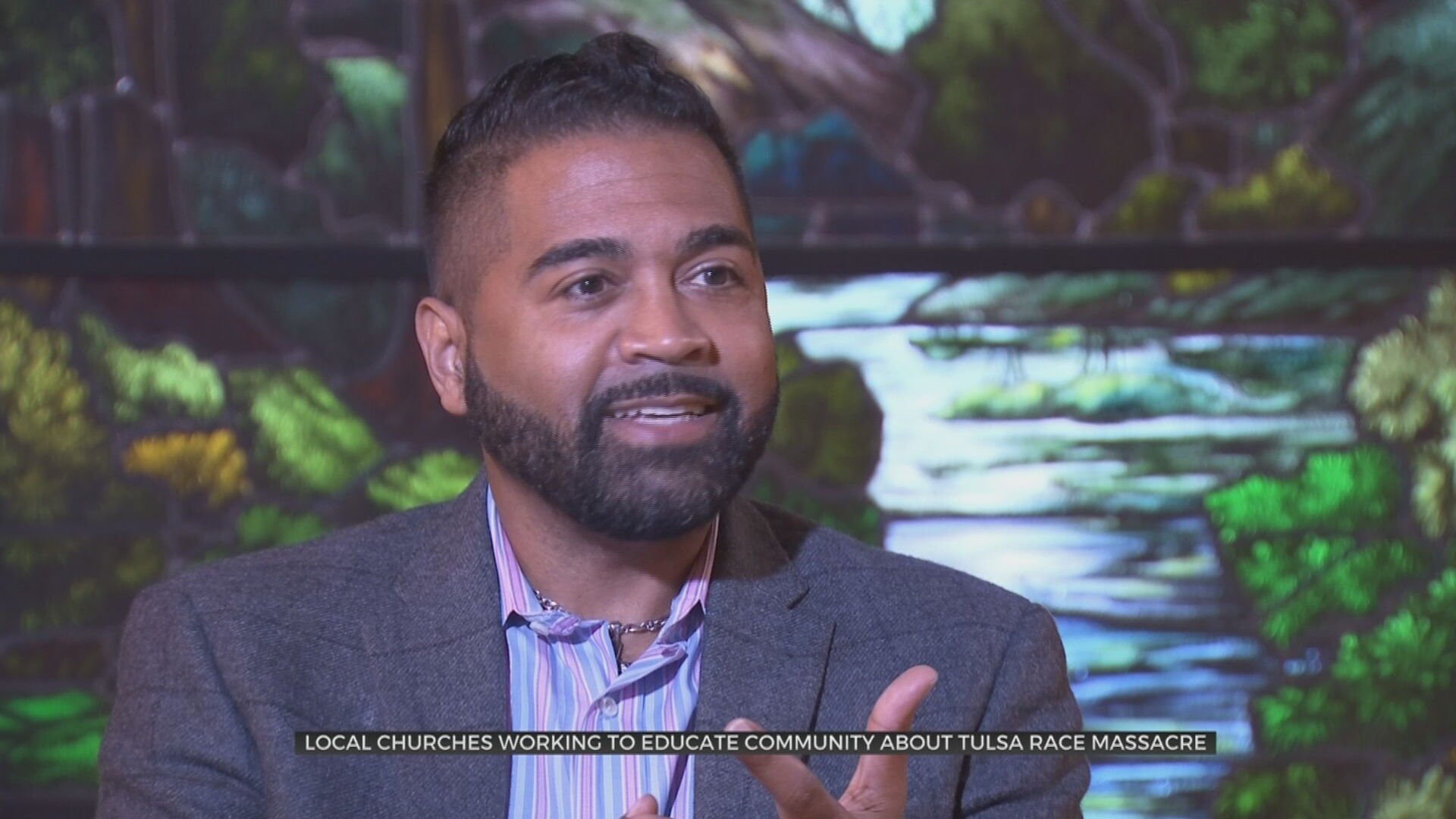 Nearly 100 years after the 1921 Race Massacre, Tulsa is still dealing with the remnants of a racial divide. Some leaders want to help educate people about the history of Greenwood and the horrors of the massacre, in hopes of helping the community move forward.

"There is something about where we are now as a country that people are saying, 'Yeah, we have got to do something different,'" Phil Armstrong said. "We can't keep going forward the way that we are now."

Armstrong is a project manager for the Tulsa Race Massacre Centennial Commission.

"The journey to reconciliation does not have an ending point," Armstrong said. "It is a constant journey. We are trying to take this path together to address racial disunity."

Armstrong isn't focused on the end goal, he is focused on doing whatever it takes to move his city forward, even if it's just one step at a time.

For Armstrong, part of that mission involves Greenwood Rising, an art history center that's been made possible by donations from people all over the nation.

"We would have failed if we don't look out there and see white faces, black faces, brown faces, young, old, rich, poor, all citizens of Tulsa, all commemorating what took place and more than that, saying, 'We are healing from this and we are moving forward,'" Armstrong said.

When the pastors of two predominantly white Tulsa churches invited Armstrong to come and speak to their congregations about the history of Greenwood, he went.

"Where maybe people who come from different perspectives or have heard different stories, will actually take the time to sit and listen and to have a real dialogue which is pretty rare," Dr. Eric Costanzo of South Tulsa Baptist Church said.

"What we are talking about with Greenwood and race relations in our country it is not a democrat issue, it is not a republican issue, it is a human issue," Pastor Deron Spoo of Tulsa's First Baptist Church said.

Armstrong went through slides explaining the strength and power of Black Wall Street, the horrors of the massacre and the repercussions that are still felt people in the community.

"I think it probably is rare for churches like ours, not because pastors don't want to have these conversations," Costanzo said. "The sense I get from other pastors is that they are a little bit afraid; afraid of either the reaction from their congregation, or this day in age, the way some other person on the outside might say something or write something about it that is not true. I hope what we have seen in our churches will be true in other churches that our people are extremely gracious about this."

"The church should not be lagging behind in race relations, we should be leading the way," Spoo emphasized.

Armstrong said he understands why people come to him to learn about history, even when there are so many resources available.

"I understand the frustrations from the Black community, of which obviously I am a part of, when you get those questions," Armstrong said. "But the other side of that is, we are here 99 years later because no one did go and read a book, no one did go and research this. The conversation actually leads to individuals going out and doing more research."

The lessons inside the two churches both drew large crowds, with no one arguing or storming out in anger. Whatever reconciliation in Tulsa looks like, many believe there is power in these conversations.

At the 2021 Presidential Inauguration, 22-year-old Amanda Gorman recited a poem reminding the people of our country that our path forward was ours to forge, a truth that rings true from Washington DC, to the streets of Tulsa, Oklahoma.

"We will rise from the sunbaked South. We will rebuild, reconcile and recover in every known nook of our nation, in every corner called our country, our people diverse and beautiful will emerge battered and beautiful," Gorman read.

"Let us not forget the past so that we don't repeat it," Armstrong said.