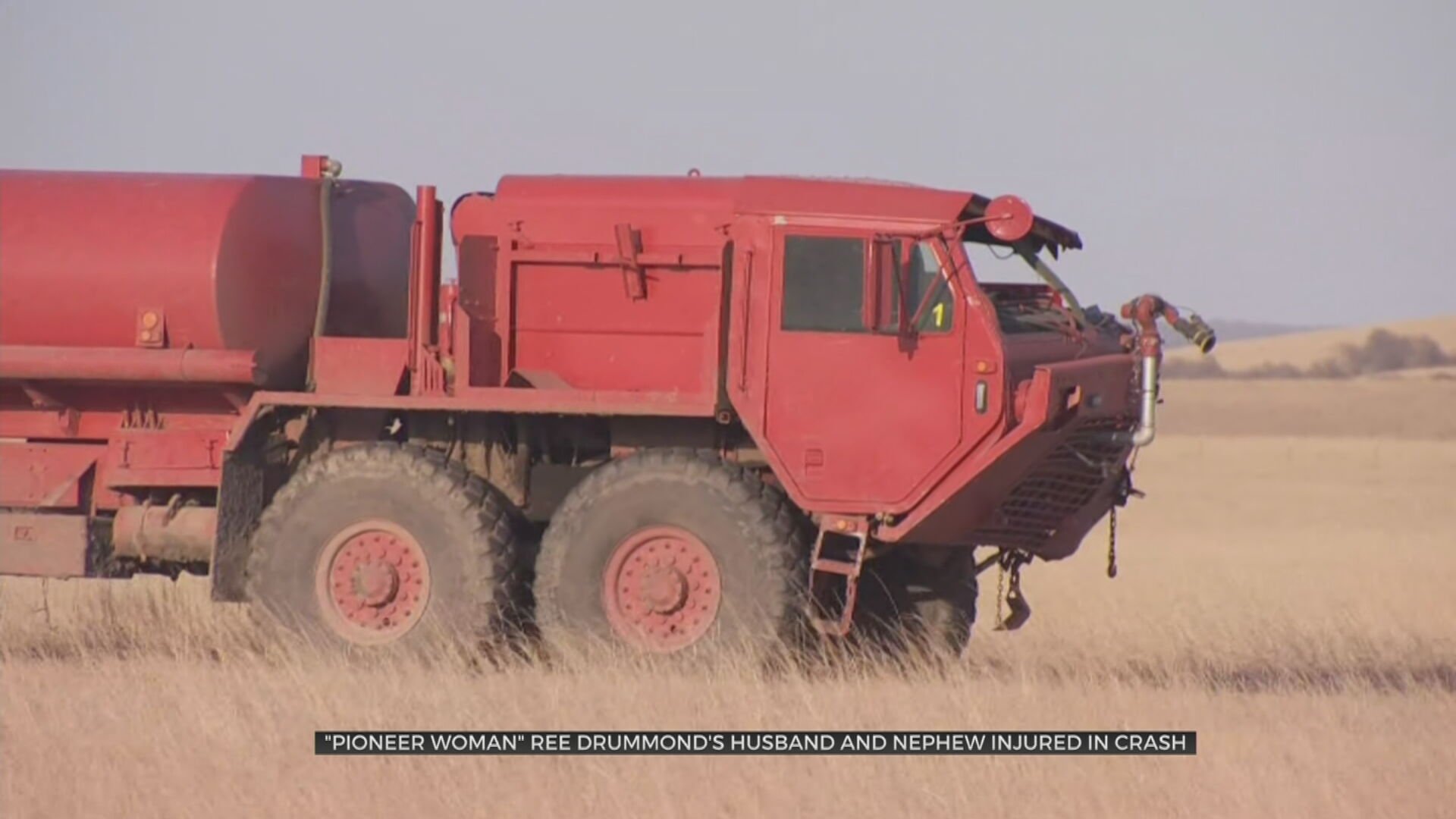 Fire crews around Green Country are fighting a high number of grass fires this week due to strong winds. Ree Drummond, known as “Pioneer Woman, and her family are also impacted.

Thoughts and prayers are pouring in from around the country as news quickly spread that ‘Pioneer Woman’ Ree Drummond’s husband and nephew were involved in a crash Wednesday afternoon on the family’s ranch.

More than a dozen fire trucks responded to the Drummond Ranch in Osage County Wednesday afternoon to help put out fires, after more than 200 acres burned. The Oklahoma Highway Patrol reported Drummond’s nephew and husband were each driving the family's trucks to put out fires when they crashed head on on a gravel road.

“On a high windy day like we're seeing and then on gravel roads, it is not uncommon for visibility to be low,” explained Trooper Eric Foster. “And if they're both traveling to the same area, I mean that is a tragic accident."

Troopers said 21-year-old Caleb Drummond went to the hospital in critical condition, and 52-year-old Ladd Drummond declined treatment at the scene. The OHP report also said Caleb did not have his seatbelt on and that there was not a seatbelt equipped in Ladd's firetruck.

This news has been hard for the Pawhuska community.

“It's going to be a big shock to our community because Ladd and, I mean, their whole family has definitely done great things for our community and they're great people,” said Upchurch. “All I can ask is they get better, that Caleb pulls through, that Ladd's doing OK."

Other parts of Green Country, such as Sperry, are also dealing with grassfires. Fires Wednesday afternoon barely missed Caleb Stonesipher's home. He said he and others called 911 and did what they could to help.

“By the time they got here, the fire was spreading right up close, but Kenny turned on the hose behind us and we started spraying that all down,” said Stonesipher.

The teen said he appreciates the hard work fire crews are doing during a week with such strong winds.

“They got it off most of our equipment,” said Stonesipher. “I think they did a great job here today."