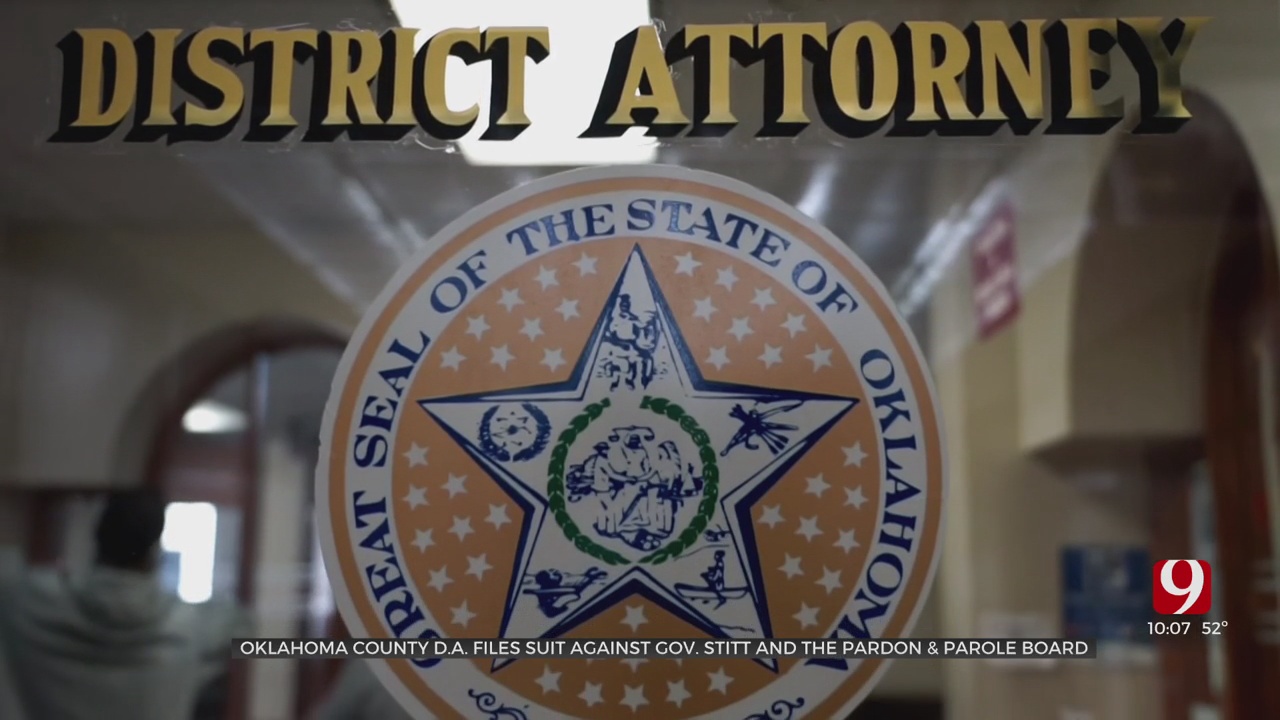 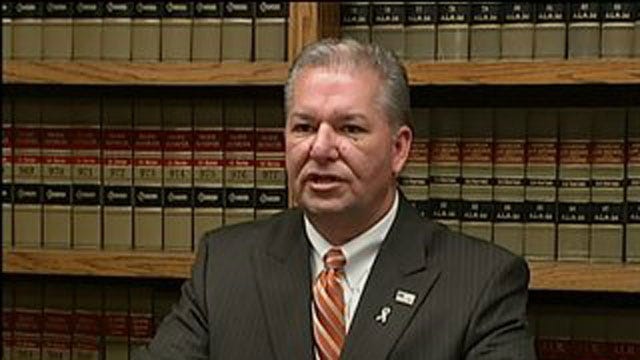 A lawsuit reveals serious allegations against Gov. Kevin Stitt and the Oklahoma Pardon and Parole Board.

Oklahoma County District Attorney David Prater accuses the board of openly violating the law for their own personal gain.

The prosecutor also accused two board members, Kelly Doyle and Adam Luck, of voting on cases in which they have 'direct financial material interest.'

Doyle is the Deputy Executive Director at the Center for Employment Opportunities (CEO), an organization that provides services to people released from incarceration, according to the board's website.

Luck is the Chief Executive Officer of City Care, an organization that also provide to "judicially involved persons."

Luck is also a board member for CEO, according to the organization’s website.

Doyle and Luck were appointed by Governor Kevin Stitt in 2019.

In the lawsuit, Prater is asking for the court to block the governor from considering any pardon and parole board recommendations that involved a vote from Doyle and Luck.

He is also requesting an Oklahoma County judge invalidate any pardon or commutation recommendation in which Doyle and Luck voted.

The prosecutor indicated several district attorneys have sought the recusal of Doyle and Luck based upon the "conflict of interest created by their employment that directly benefits from their action as members of the Pardon and Parole Board."

Jones, 40, claims he was framed in the murder of Edmond insurance executive, Paul Howell. Howell was shot and killed during a carjacking in 1999.

In a letter calling for Luck's recusal, Prater claimed Luck revealed his personal bias in Jones’s case when he shared a tweet from a celebrity.

In Oct. 2019, Kim Kardashian took to Twitter to "help" Jones by calling on the Pardon and Parole Board to give careful consideration in reviewing his request.

Luck refused to recuse himself. Instead, he explained to the board that he'd shared the tweet in an attempt to inform the public.

The Oklahoma Pardon and Parole Board voted 3-1 Monday to advance Jones’ commutation request to a Stage Two Review, a more comprehensive hearing where new testimony and evidence may be introduced.

Board members Kelly Doyle, Larry Morris and Adam Luck voted to move his application forward, while Charles McCall cast the only no vote.

Days after the controversial vote, Prater is challenging the pardon and parole board's policies and procedures.

"Despite an awareness of conflict, the board has allowed members to continue hearing cases for parole or commutation," he said.

Now, Prater wants the court to direct the board to develop appropriate procedures to hear and determine challenges to a member’s impartiality.

In the meantime, pardon and commutation recommendations are "tainted by these improprieties," according to the lawsuit.

Prater's lawsuit seemingly piles on in an ongoing investigation into decisions made by the pardon and parole board.

The governor recently requested the Oklahoma State Bureau of Investigation look into the commutations of two inmates.

OSBI agents are currently investigating whether Lawrence Anderson and Jonathan Perez were recommended for commutation in error.

Anderson's early release from prison brought attention to potential problems at the pardon and parole board.

The governor commuted his sentence for drug dealing and he was released in January.

Anderson was later accused of stabbing and killing three people in Chickasha on Feb. 9

News 9 obtained records that show the board rejected Anderson’s request for commutation in July 2019, which should have prevented consideration for three years.

In August 2019, one month later, Anderson again requested commutation. In October 2019, the board voted in his favor.

"Anderson was a high risk to re-offend," according to the investigative report submitted to the board.

Anderson's disciplinary record shows he had five incidents in the prison system from 2013-2017.

Prater highlighted Anderson’s murder case in his lawsuit by saying it "does not appear to be an isolated instance."

He said the pardon and parole boards blatant disregard for the law impedes the district attorney from carrying out his duty to serve as a victim's advocate and to see that justice is carried out.

"To truly answer the call to service to keep our communities safe and to be a strong voice for crime victims, the prosecutor's advocacy must continue at every step the laudable goal of justice might be threatened. Here, the threat comes from the deliberate subversion of constitutional and statutory obligations by the Pardon and Parole Board," Prater said of the lawsuit.

The Pardon and Parole Board declined to comment on the pending litigation, according to its general counsel.

"I am in compliance with the board's ethics policies and abiding by the Oklahoma ethics code," Doyle said in response to Prater's claim of there being a conflict of interest.

Luck did not immediately respond to our request for comment.

News 9 received the following statement from the governor’s office:

“We are not intimidated by political hit jobs disguised as ‘lawsuits’ in a desperate cry for publicity. Governor Stitt is proud of all four members of the constitutionally-established Pardon and Parole Board who take their jobs seriously and consider each case on its individual merits.”

You can read the lawsuit in its entirety below.