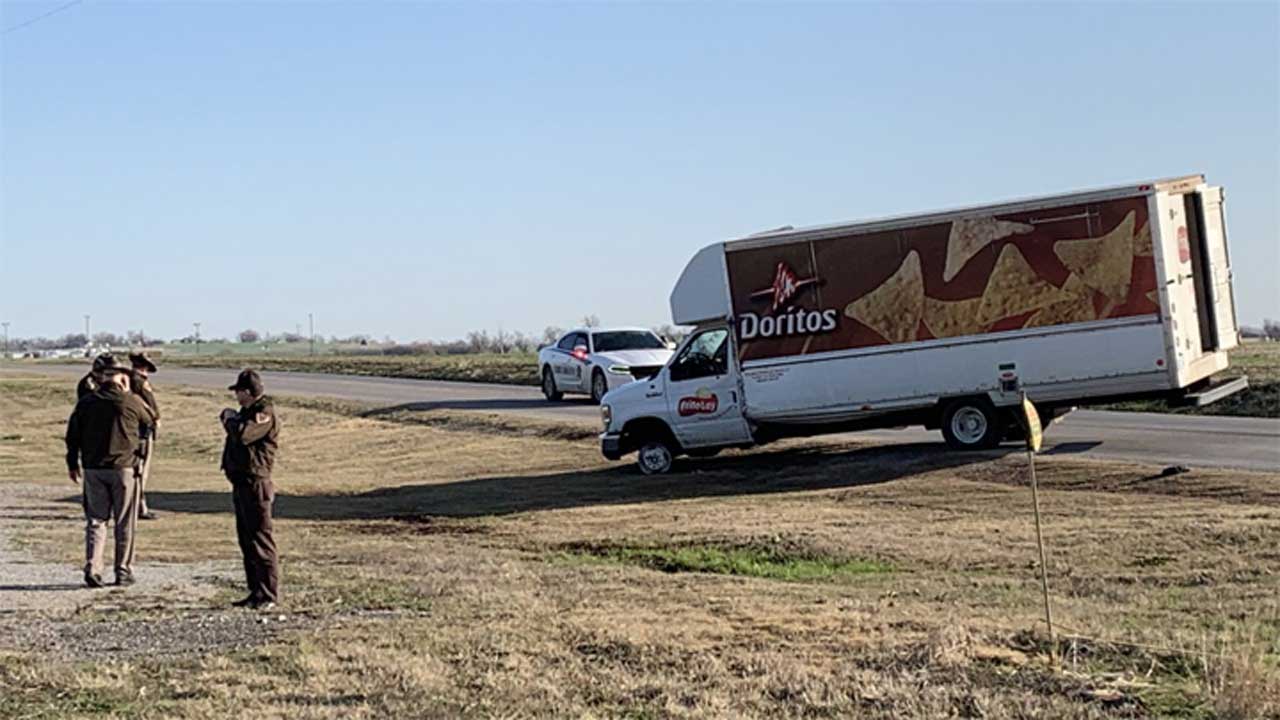 An hour-long pursuit with police ends with one man’s arrest. Saturday morning Police say this man stole a Frito Lay truck from a gas station near NW 39th and May. News 9’s

"He ended up getting onto Hefner Parkway northbound and just kept driving," said Jeff Spruill, with Oklahoma City Police. "He ended up way out into the rural roads."

Multiple agencies including OHP, Garfield, and Logan County deputies assisted. Josh Sanders said he was driving along when all of a sudden he saw a caravan of law enforcement and their headlights behind him.

"I pulled over and then this big ole Frito Lay truck came over the hill, went over into the ditch and got back up onto the road," Sanders said.

Police say speeds only got to around 65 miles-per-hour… but it was the size of the truck that made it difficult to stop..

"The vehicle swerved toward law enforcement vehicles at least three times as if he was purposely trying to hit them," said Spruill.

The truck did hit at least one county vehicle, as agencies tried using stop sticks to slow it down.

"He also swerved toward a state trooper at one point," Spruill said. "The trooper began actually began firing rifle rounds toward the truck to try and disable it."

No one was injured during the chase.