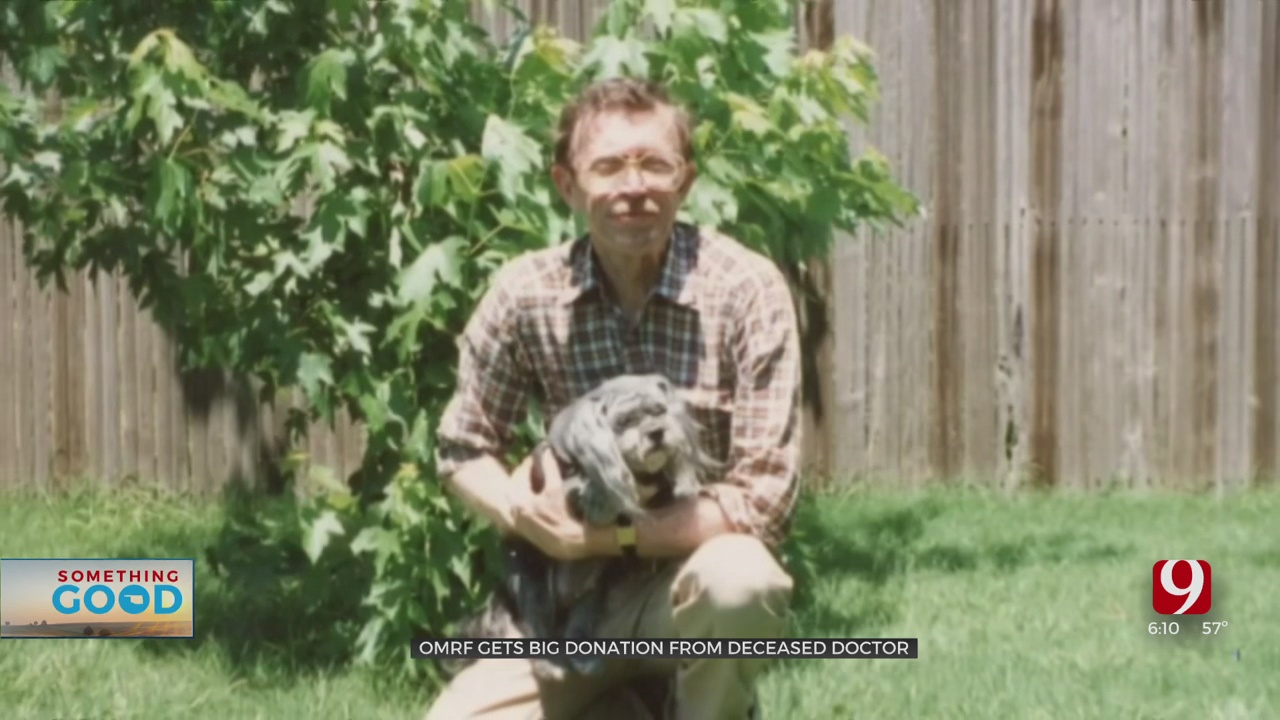 Generosity can be defined in many ways. When it comes to Dr. Wesley Robert Mote, perhaps the greatest testament to his generosity was not just the fact that he donated millions of dollars after his death, but that it didn’t surprise his family one bit.

“If you just knew the kind of guy he was, just being super generous and thoughtful, and he cared about people a lot,” said Dr. Mote’s great nephew Wes Mote.

When the retired Air Force physician passed away at the age of 83, he left $2.2 million to Oklahoma Medical Research Foundation, the nonprofit dedicated to curing human diseases.

It was slightly bigger than his previous donation in 1989 of $75.

“He didn’t really let himself be known to us, and I think that’s a testament to him. He wanted that to be the real show and the real star, not him,” said Sonny Wilkinson, OMRF Sr. Director of Development.

Dr. Mote’s nephew and namesake Wes said his uncle lived in the same 1,200 sq. foot house in Moore that he bought in the 60’s.

Dr. Mote loved the outdoors and fishing, a humble man who would have been uncomfortable with all this attention. But Wes and Sonny both said telling his story is important in a way that can’t be measured in dollars.

“I think it’s incredibly inspiring, I think for our scientists and workers in our labs, to know and feel that their work is so important, that people choose to do this with their life’s earnings,” said Wilkinson.

“He shared this with us his whole life, and that personality with us. We’re grateful that he’s sharing that with so many others after he’s gone and that his name will kind of live on for a while longer,” said Mote.

The $2.2 million donation is only a third of the story.

Wes said his uncle made similar-sized donations to the OU College of Medicine and the Gallogly College of Engineering.