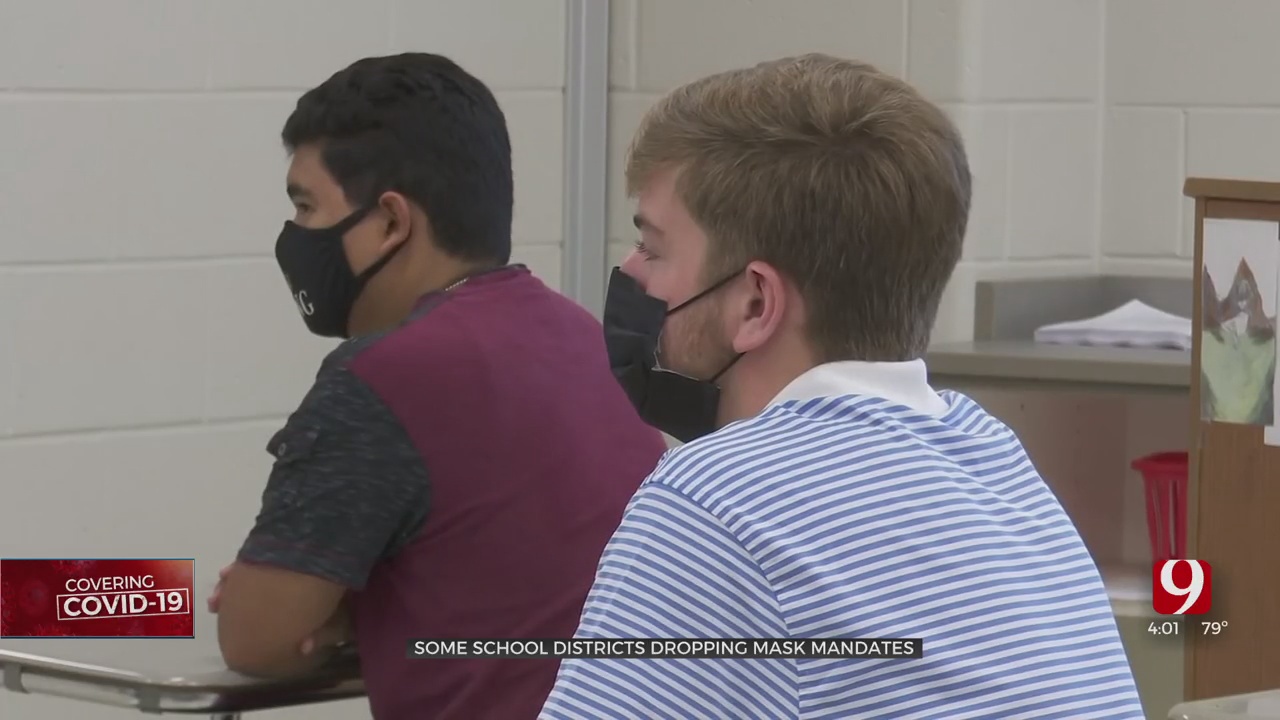 As school districts start more in-person learning, others are getting rid of their mask mandates.

This change started Tuesday for Kingfisher students and Monday in Guthrie. The switch covers wearing masks inside school building.

Local health leaders told News 9 they feel like this move is premature.

"(The) CDC recently released guidance that allowed schools to reduce some of the physically distancing requirements in schools, but that made the assumption that you continued mask mandates schools," said OU Health's Chief COVID Officer Dr. Dale Bratzler.

He said his main fear is kids bringing home the virus or spreading it to unvaccinated staff.

"Many protocols will remain in place such as assigned seating and vigilant sanitization," said Guthrie Superintendent Mike Simpson. "The only substantial difference in our setting from when we began the school year will be on school buses due to the recent federal mandate. This change doesn’t remove personal responsibility and an uptick would bring back the mask mandate."

A letter from the Kingfisher Public Schools' Superintendent Jason Sternberger said they will support teachers that want to require students to wear masks in their classroom.

"If cases begin to spike upwards and any building had confirmed cases of 1% (four for Gilmour, KMS, KHS or two for Heritage), then the entire district will return to mandatory wearing of masks until the end of the year," Sternberger said.

Bratzler's advise to districts is to hold off as health officials continue to learn more about virus and more people get vaccinated, possibly even kids.

"Let's get through the spring semester, and then, let's get to the end of this school year and then reevaluate," Bratzler said.

Bratzler said starting next school year without mask mandates in place could be possible based on the situation this summer. He said everyone will have to keep an eye on case numbers, variant numbers and hospitalizations.