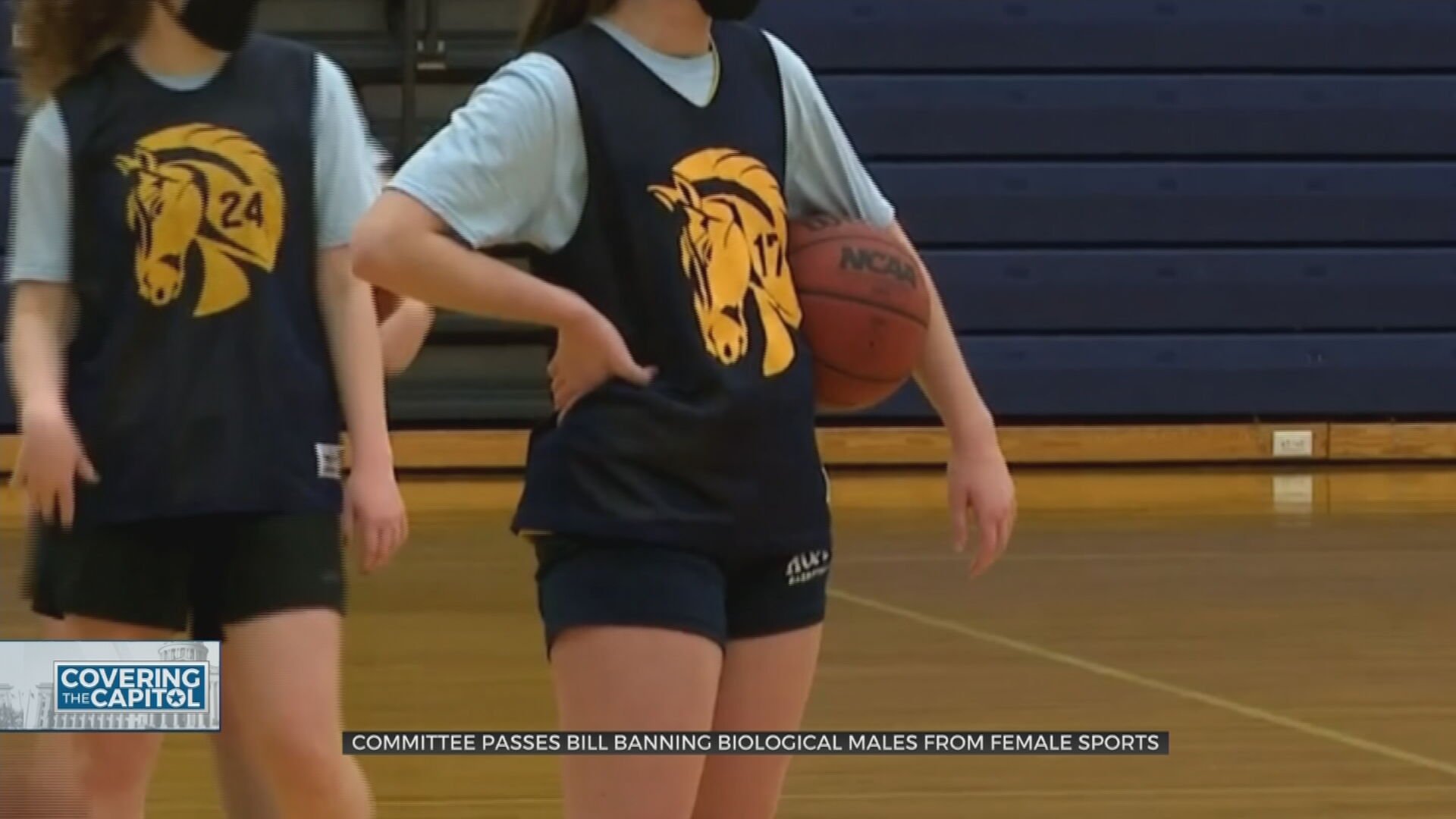 About an hour before the House Criminal Justice and Corrections Committee was set to meet Thursday morning, a bill on school finance was gutted and replaced with language to ban transgender girls from participating in women's sports.

“This is a clear message to the youth, to the parents, to myself, about how we are not welcome and we are not valid,” Rep. Mauree Turner, D-OKC said. “But representative Hastenbeck doesn’t have the power to tell us that.”

Turner is the only Democrat on the committee and is the nation's first non-binary lawmaker.

Hasenbeck said it all comes down to anatomy and competitive advantage.

“Males have a different musculature, a different skeletal system, different physiology even on a cellular level that allows them to jump higher than [women] and run faster and be able to lift more weights,” she said.

Hasenbeck’s SB2, prohibits anyone of the "biological" male sex from playing on athletic teams designated for women, females, or girls. It also allows female athletes to sue the school if feel they've been “deprived of an athletic opportunity” because of a transgender student.

Across the United States, around 35 similar bills have been introduced this year, according to the LGBTQ rights group Freedom for All Americans. Bills in Tennessee, Mississippi and Arkansas have been signed into law.

Turner questions why Oklahoma’s version was brought before the Criminal Justice and Corrections Committee.

“There was a paperwork snafu and it was my fault and I thought I turned everything in last Thursday,” Hasenbeck said. “It was supposed to go into States Rights [committee] and somehow the email didn’t make it to the right spot.”

Criminal Justice and Corrections Chairman Rep. Justin Humphrey, R-Lane, told News9 and News On 6 he agreed to hear the bill because of the potential transgender rights issues could affect corrections housing at some point in the future.

Hasenbeck said she believes “sports are good for everybody.” When asked where transgender students should play sports, she said, “I think that’s a conversation we need to have. I don’t think it needs to be competing right next to female bodied, female athletes.”

Turner calls the bill clearly anti-transgender, and said if signed into law, it will have a harmful effect on transgender children.

“Just because you say something isn’t anti-trans or anti-LGBTQ does not mean it. We have to have this conversation about intent versus impact. No matter how you intended it to happen, the impact that it is going to happen on families across Oklahoma, it’s really damning,” Turner said.

The bill is now eligible to be heard in the full House of Representatives.