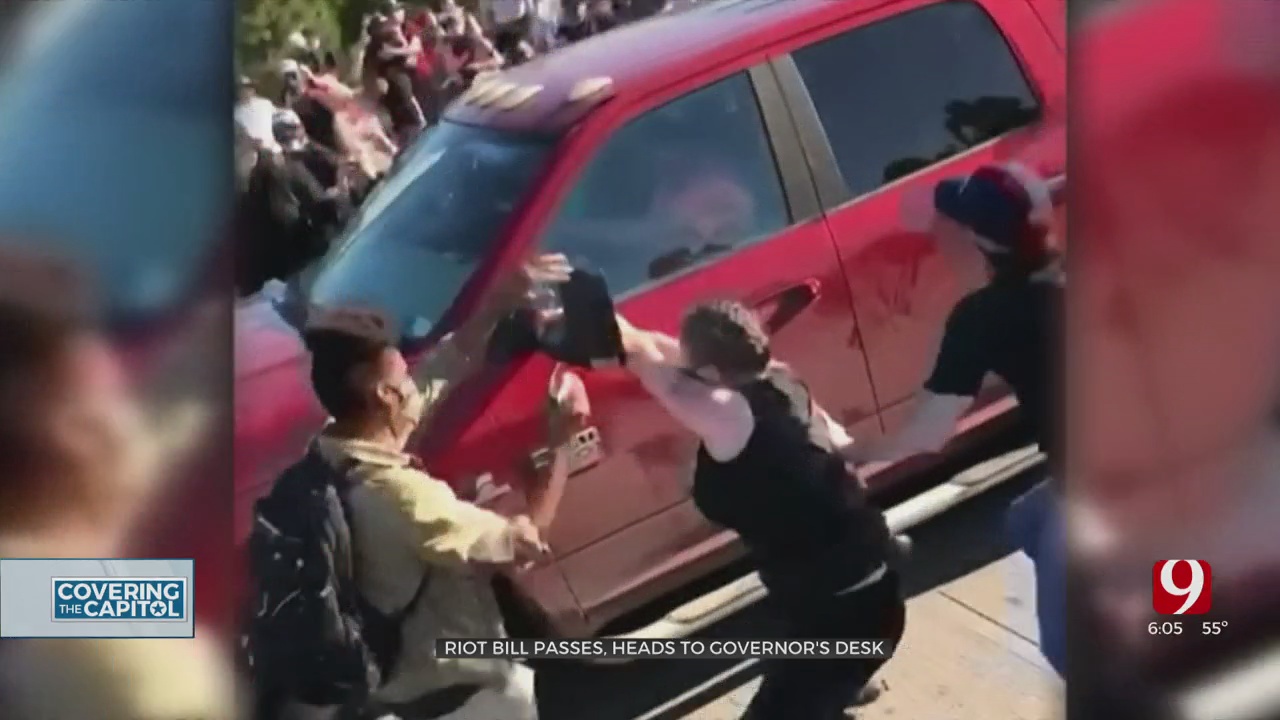 Legislation supporters said a bill that protects drivers caught in riots will soon be on the governor's desk.

Lawmakers said HB 1764 is a result of a Tulsa incident over the summer where a truck and trailer ended up surrounded by a protesting crowd on the interstate.

“They tried to get them out of the truck,” Sen. Rob Standridge, R-Norman, said. “The kids were so scared that they had to huddle in the bottom of the truck.”

One person was paralyzed after falling from the bridge. The district attorney declined to prosecute the truck’s driver.

“Why would we wait for somebody that’s fearing for their life to be charged by a DA that wants to make a political case of something? We see this around the country. We don’t need it here so let’s just put it on the books,” Standridge said.

The bill frees drivers of liability who unintentionally hit rioters in the roadway. State law defines a riot as "any use of force or violence or any threat to use force or violence if accompanied by immediate power of execution, by three or more persons acting together and without authority of law."

“I am concerned about us naming it a riot when it’s a protest,” Sen. Kevin Matthews, D-Tulsa, said. “Can you tell me what active force was happening in the instant that you were talking about?”

“Impact of projectile into front window of the family truck, throwing a projectile at family truck, protesters attempting to break into family horse trailer,” Standridge said listing findings from a law enforcement report.

“What definition of unreasonably inconvenient is inconvenient enough to hit or murder someone?” Sen. Julia Kirt, D-OKC, asked.

“I’m a black man and that’s who’s being killed unarmed, and the people in my community, they can’t pass these laws. All they can do is gather and let people know that they’re upset,” Matthews said.

The bill cleared the Senate 38-10 mostly along party lines and now heads to the governor’s desk for approval.