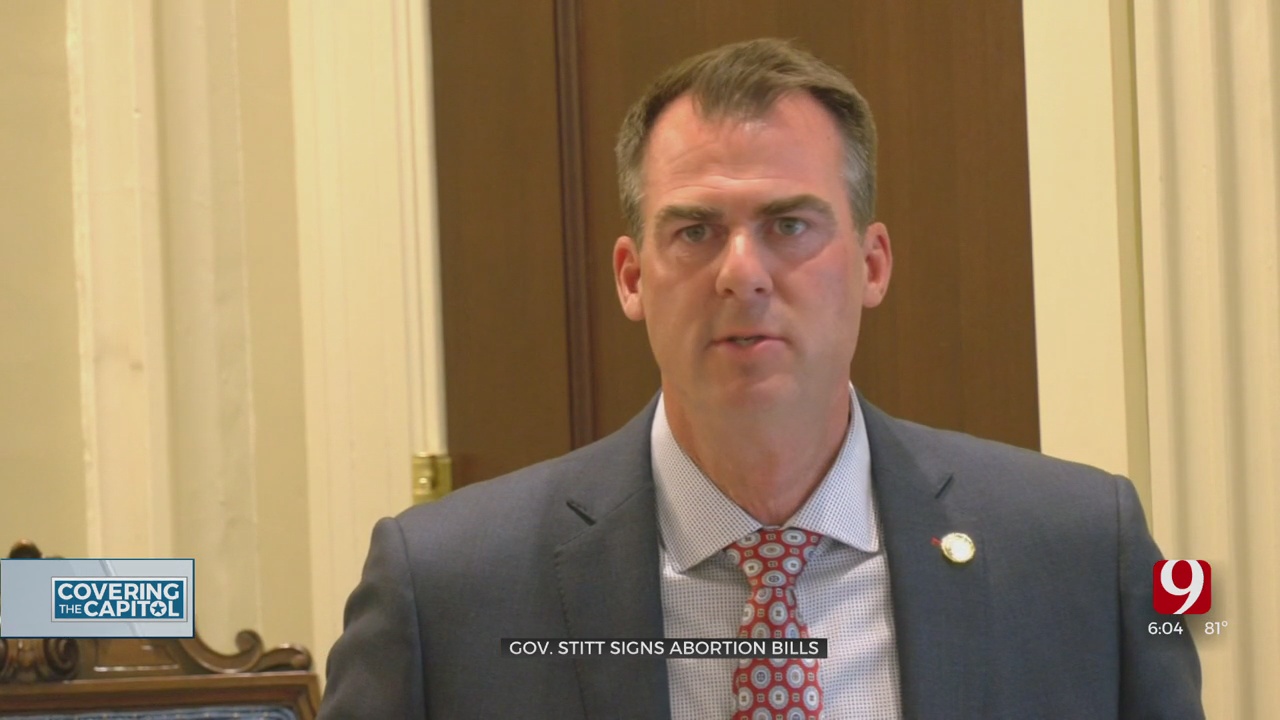 One law set to take effect November 2021 prohibits abortion after a fetal heartbeat, which according to doctors, can often be detected six weeks into a pregnancy.

The most restrictive of the new laws revokes a physician's license for one year if they perform an abortion, with an exception to prevent the death of a mother.

The third law requires doctors who perform abortion be certified in obstetrics and gynecology.

Currently, Oklahoma outlaws abortions after 20 weeks of pregnancy, except in the case of a medical emergency.

Abortion is a frequent and contentious topic at the state Capitol. This legislative session, with a new more conservative U.S. Supreme Court, the push to pass laws limiting abortion has been a top Republican priority.

Legislation to ban all or most abortion has been introduced in 20 other states across the country, according to the left leaning Guttmacher Institute. So far, Oklahoma joins just Arkansas and South Carolina in getting the bills signed into law.

“It means the folks with the means to travel still can have access to abortion care in different places and it means Oklahoma providers work just as hard to make sure that no one‘s access to care is disrupted,” Nicole McAfee with the ACLU of Oklahoma said.

Both the ACLU and Trust Women, an abortion provider in the state, said they are considering taking legal action against the laws.

“We'll let the courts work out if any of those get overturned, but I was proud to do it,” Stitt said.