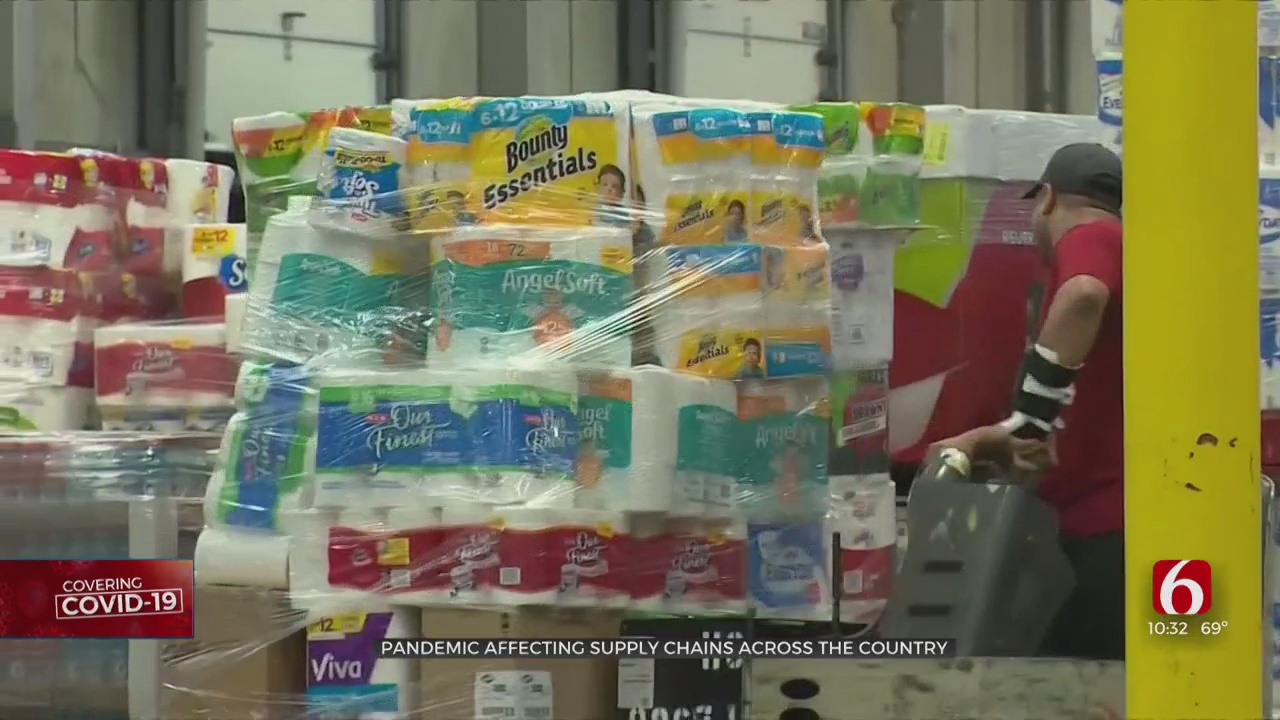 The COVID-19 pandemic has affected supply chains across the country, making it harder for you to get the supplies you need.

According to the National Home Builders Association, the price of lumber in the U.S. has increased more than 200 percent.

The American Pet Products Association also said there will be a shortage of pet food that will carry into 2022.

Oklahoma State University supply chain professor Theodore Washington said the shortages we are facing are unlike anything the country has seen before.

"I can't think of any time in history where a supply chain network has been impacted at this magnitude because there's never been a point in time where we have been so interconnected as a society," Washington said.

Washington said the closures caused by February's snowstorm are also having a huge impact on supply chains.

Businesses in states like Oklahoma, Texas and Nebraska have companies that are still picking up the pieces.

According to Washington, shortages are also leading to more unemployed frontline workers.

"The enhanced unemployment benefits made it such that some of our frontline workers, who are on a lower pay scale, make more money to stay at home than to come to work," Washington said.