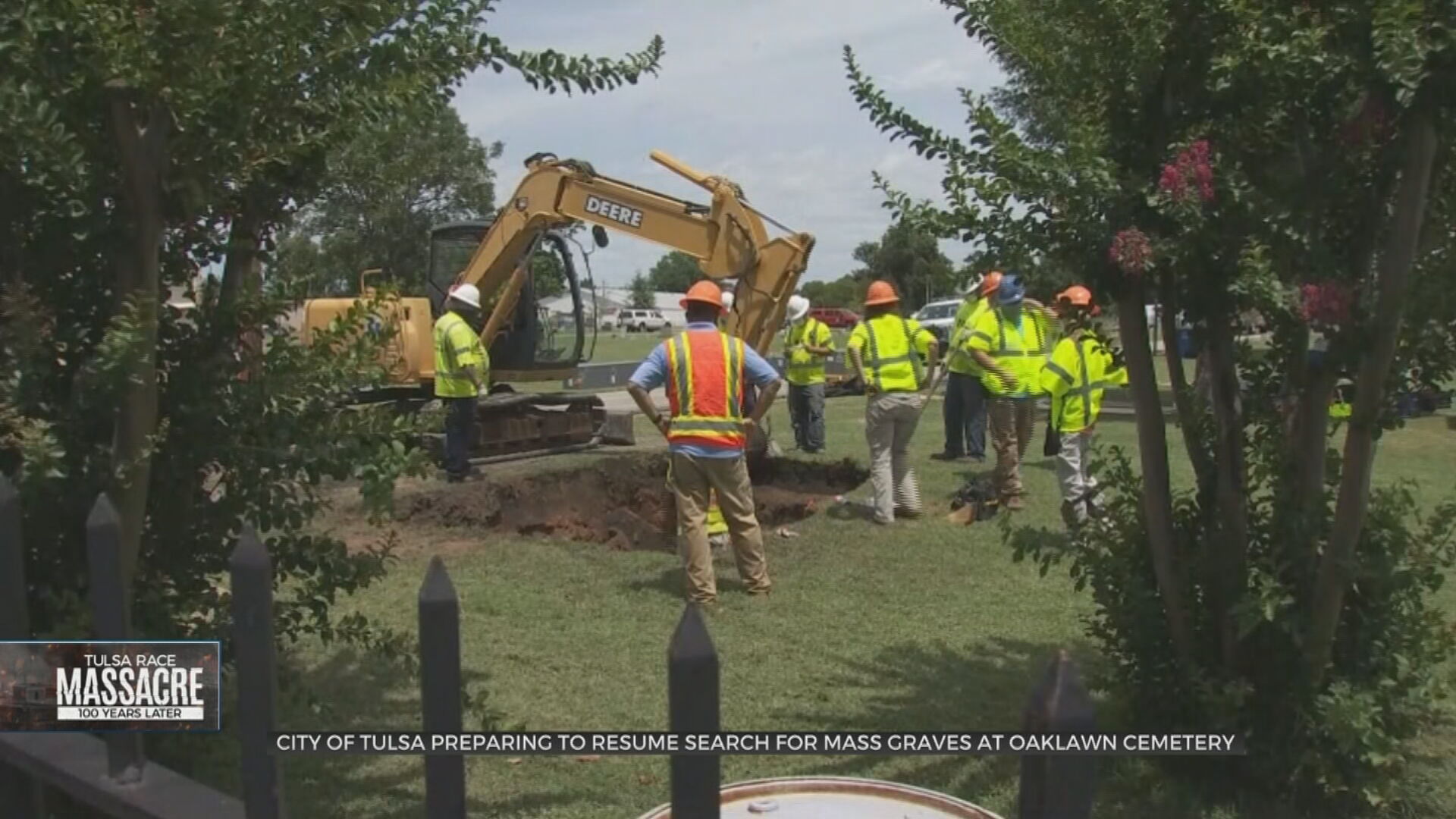 Preparations are underway for scientists and historians to start searching the mass grave at Oaklawn Cemetery next week.

The team will be working this summer to determine whether the human remains found are connected to the 1921 Tulsa Race Massacre.

Untouched since last October, grass and flowers are growing above the mass grave found in the investigation at Oaklawn Cemetery.

The digging will begin again next Tuesday, June 1, on the 100th anniversary of the second day of attacks during the Tulsa Race Massacre. The work could take weeks or months to complete.

Trailers sit on each side of the western edge of the cemetery, providing indoor space for the team to do its lab work, and look at any artifacts. Scientists will be looking at the human remains for signs of trauma, like burns or gunshot wounds.

The city announced Monday that an eight-minute video will be available through a QR code to anyone with a smartphone watching the work from the fence at Oaklawn. City Councilor Vanessa Hall-Harper is featured in the video.

"I hope the video will teach people the truth of what happened here. What happened 100 years ago. Where we are today and how we plan to move forward,” Hall-Harper said.

The city said there will also be signage near the fence line at 11th St. and the Midland Valley Trail and along 11th St. and Peoria Ave, where people can scan a QR code to listen to information about the massacre, and the graves investigation, with audio translations in English, Spanish, Zomi and Burmese.

Aside from the Oklahoma Archeological Survey team from OU, the city hired a company called Cardno, an Australian-based engineering firm, to help with the work.

The company's website shows one of its current projects involves work at a forgotten cemetery in Florida.

Next Tuesday is the first day of the excavation. After that, the team will be investigating at Oaklawn Monday through Friday from 7:00 a.m. to 4:00 p.m., until the work is done.