Tulsa Police: 1 Adult, 2 Kids Injured In Car Crash After Shooting Between 2 Other Vehicles 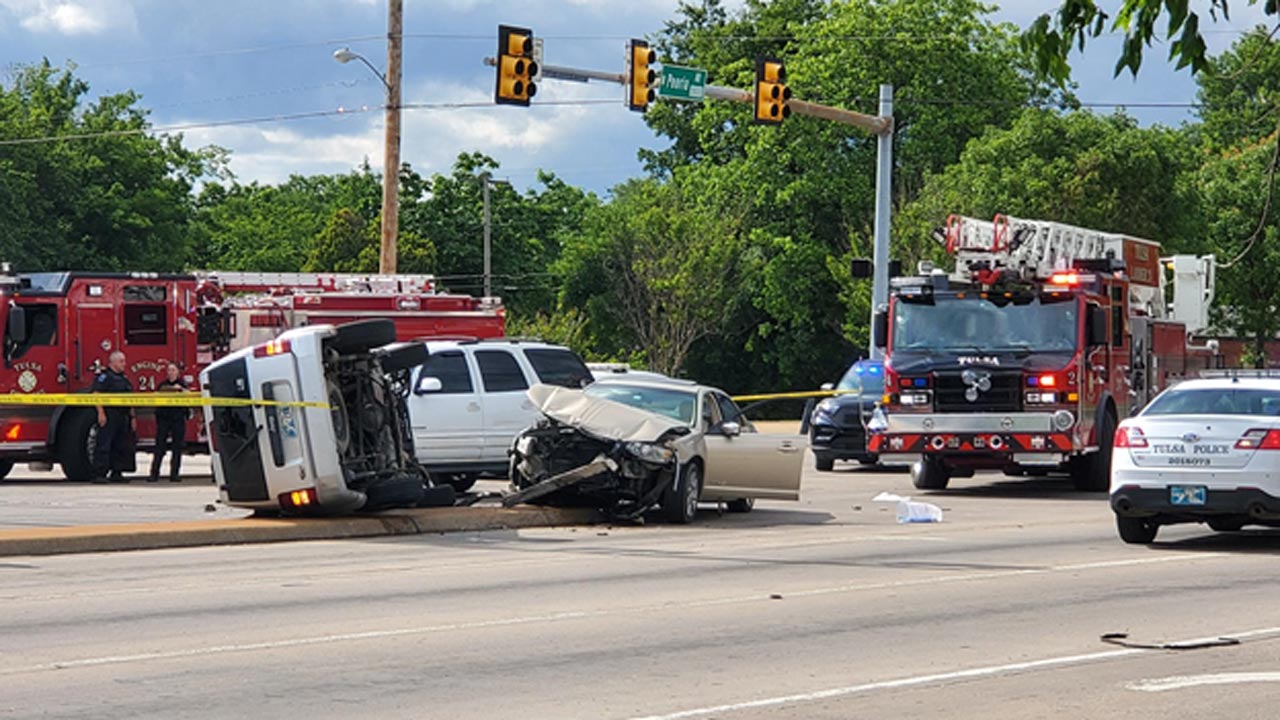 Tulsa Police: 1 Adult, 2 Children Injured In Car Crash After Shooting Between 2 Other Vehicles

Tulsa Police are investigating a multi-car crash that closed the intersection at Apache and Peoria Thursday afternoon.

According to TPD, a car was stopped at the intersection when another car pulled up and opened fire at the driver. The victim took off through the intersection slamming into a third vehicle flipping it. Police say the shooting victim and the suspect both ran from the scene.

"It doesn't seem like it was a pursuit, but maybe they were targeted. It may be a targeted shooting to where they waited on him to stop, and then they pulled up beside him and started shooting," said TPD Capt. Charlie Hardaway. "We'll get our Crime Gun Unit, they'll come out and they will investigate the shooting, and they'll take the leads that we give them, and they'll take the investigation from here."

The driver of the third vehicle and two minors were taken to the hospital for treatment.

Police are still searching for the two people involved in the shooting altercation. No arrests have been made.

Tulsa Police: 1 Adult, 2 Kids Injured In Car Crash After Shooting Between 2 Other Vehicles