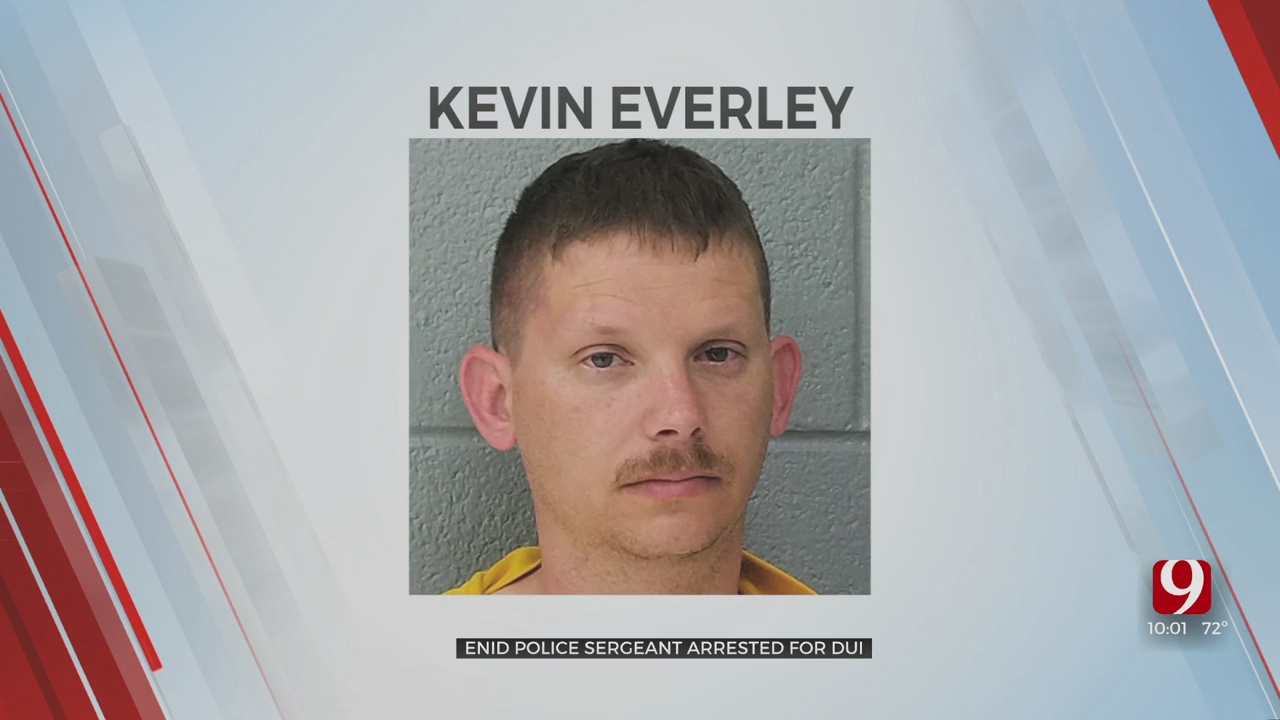 Almost five months after he was promoted to sergeant, an Oklahoma officer is on the brink of losing his job.

He is accused of driving drunk and leaving the scene of a crash. The sergeant is the subject of two investigations to determine if he can return to the force or face charges.

The caller said an off-duty police officer was drunk and allegedly hit another vehicle.

“One of our sergeants has been suspended from police duties and placed into an administrative position pending the outcome of a criminal and administrative investigation,” said Cass Rains, the Enid Police Department Public Information Officer.

The incident report identified the officer as Sgt. Kevin Everly. Police said Everly called his friend to pick him up.

When she got there, the report states she got out of her car and Everly "crawled across the center console into the driver’s seat" hitting her and another vehicle. Officers said Everly drove off in his friend's car.

“He was subsequently arrested on complaints of driving under the influence of alcohol and leaving the scene of an accident,” said Rains.

The sergeant has been with the department since 2014.

"Officers should be held to a higher standard when it comes to the law and this type of behavior in unacceptable." Enid Police Chief Brian O'Rourke said in a statement.

Enid police told News 9 because officers are under contract by the City, they are not able to fire them without the proper investigations and will have to wait until further action is taken.