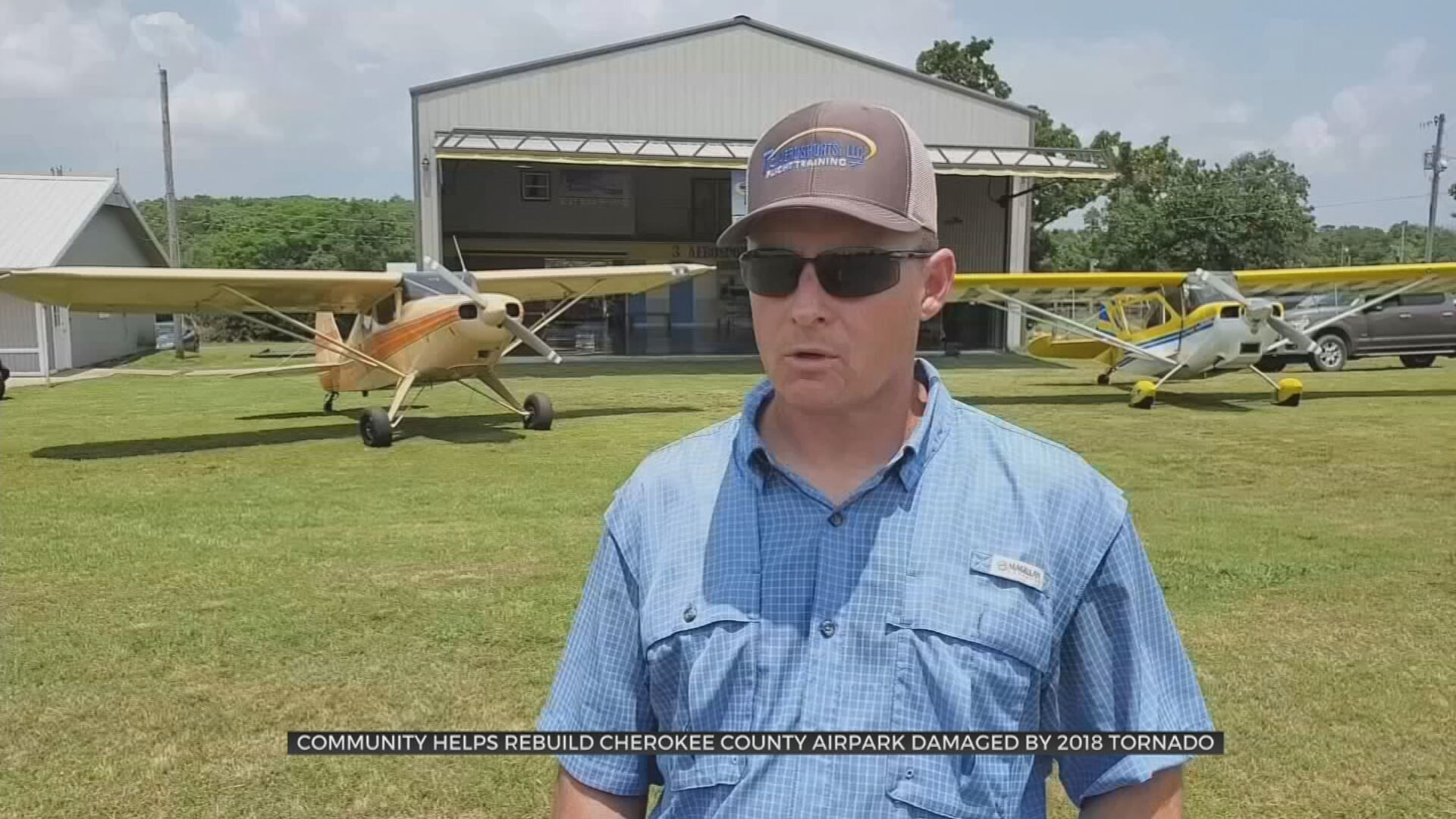 A community airport in Cherokee County is back in operation after years of repairs and rebuilding. It was nearly wiped out in a tornado that hit the Cookson area.

An expanding business is opening at a small airport in Cherokee County, as the Tenkiller Airpark marks the recovery from a tornado in 2018. The storm swept across the airport, destroying hangars and planes, in addition to dozens of homes around the airport and elsewhere in Cookson.

The Tenkiller Airpark is a public airport, with a grass strip, on the edge of the lake. There’s only one business there, T3 Aerosports, where instructor Tom Hanni trains pilots in aerobatic skills. His company has built a new hangar to replace one leveled in the storm, and added accommodations for pilots to stay overnight while training.

“People can fly in, park their plane in a hangar and take a one, two or three day course in whatever they want to learn,” said Hanni.

Dennis Stephen moved to the airpark in 2016, from Michigan, after encouragement from a friend to visit. He saw the damage from the tornado, and has been there during the rebuilding.

“It's really significantly better than what it was before the tornado,” he said.

The airport is owned by Cherokee County, which re-built and leases out 6 hangars. There are plans to make the fuel service more convenient for visiting pilots, and there's an active experimental aircraft chapter that meets here.

It's taken three years to rebuild after the tornado - a lot of the work done by volunteers, who believe this airport was not only worth saving, but worth improving.

“It's been a community effort to watch all the people here on the people on the airfield to work together, from demolition of damaged structures, to rebuilding what you see today,” said Hanni.

The Airpark and T3 Aerosports will have an open house Saturday, with a free lunch served at noon.