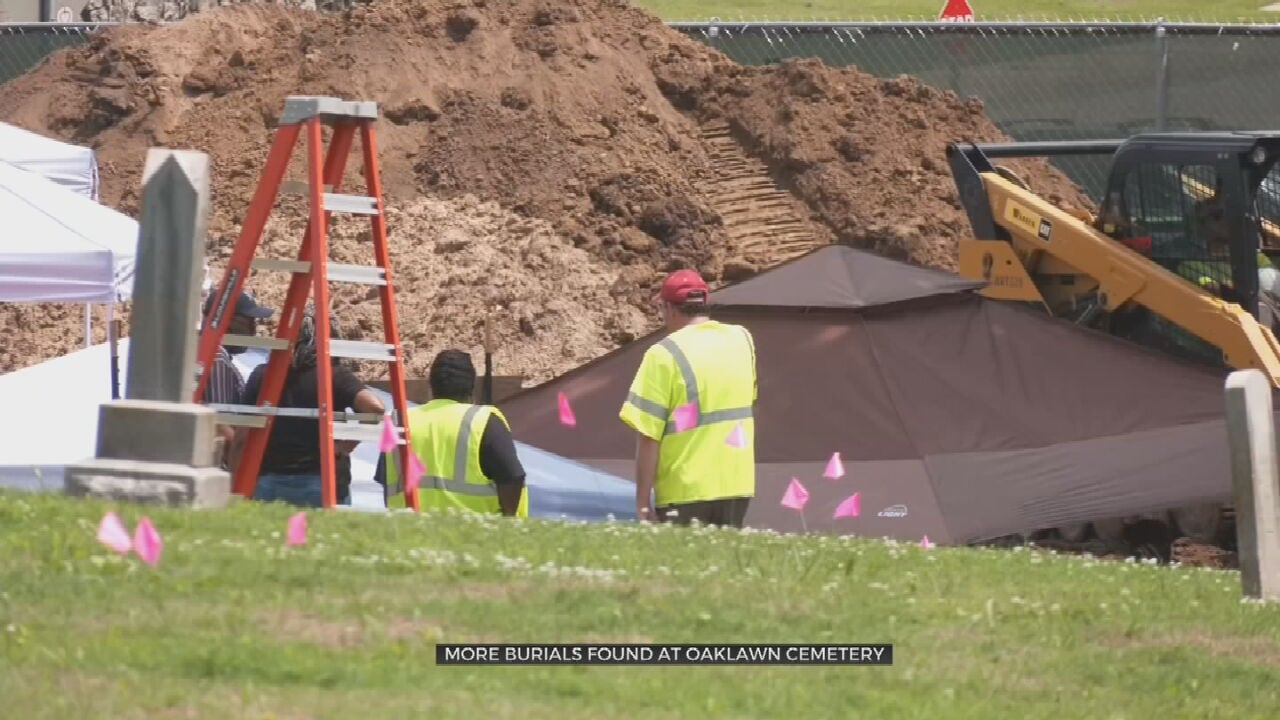 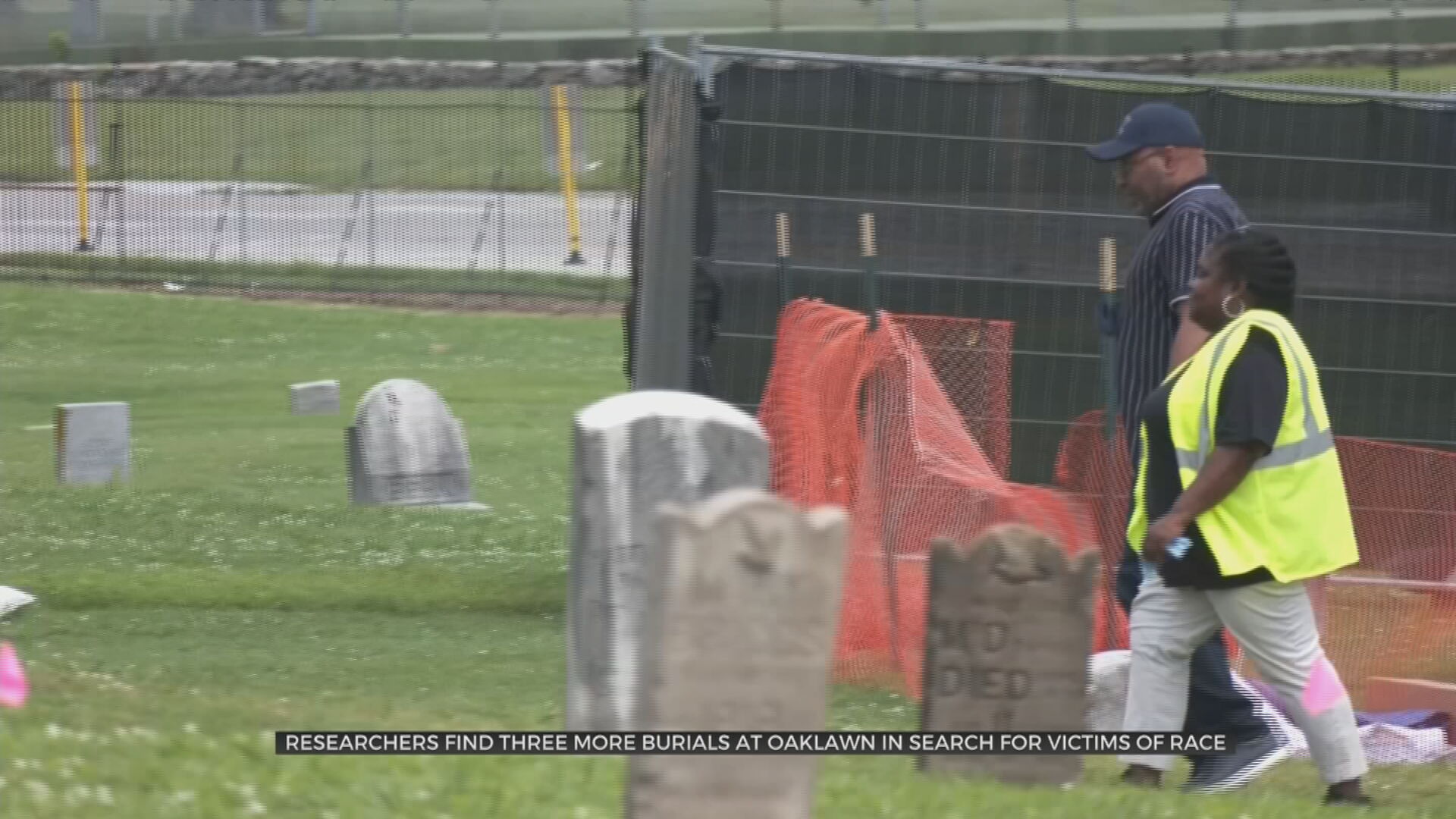 Archeologists Find Coffins Under Headstones For 2 Known Massacre Victims, Say They Are Outside Of Oaklawn’s Mass Grave

In the search for victims of the 1921 Tulsa Race Massacre, archaeologists said Thursday they discovered three more burials at Oaklawn Cemetery: one in the mass grave, and two outside of it.

The two burials discovered outside the mass grave are underneath the headstones for two known massacre victims, Eddie Lockard and Reuben Everett.

State Archaeologist Dr. Kary Stackelbeck said Thursday they exposed two individual grave shafts that are right in line with the headstones for Lockhard and Everett.

"We have come down on top of each of those individual graves and are just right on top of the coffins, in similar fashion to what we did with all of the other individuals. Those two are clearly outside of our mass grave feature and represent individual graves,” Stackelbeck said.

Experts have said in the past that they did not know if the two were buried under their headstones, based on what they saw on ground penetrating radar.

The team is not saying with certainty that what they found Thursday are the bodies of Everett and Lockhard. The city said before any sort of DNA test can be done, researchers first need to determine whether it is possible to get good DNA samples from the remains.

The state archaeologist also announced Thursday that the team found one more burial in the mass grave, which would be the 28th individual found so far.