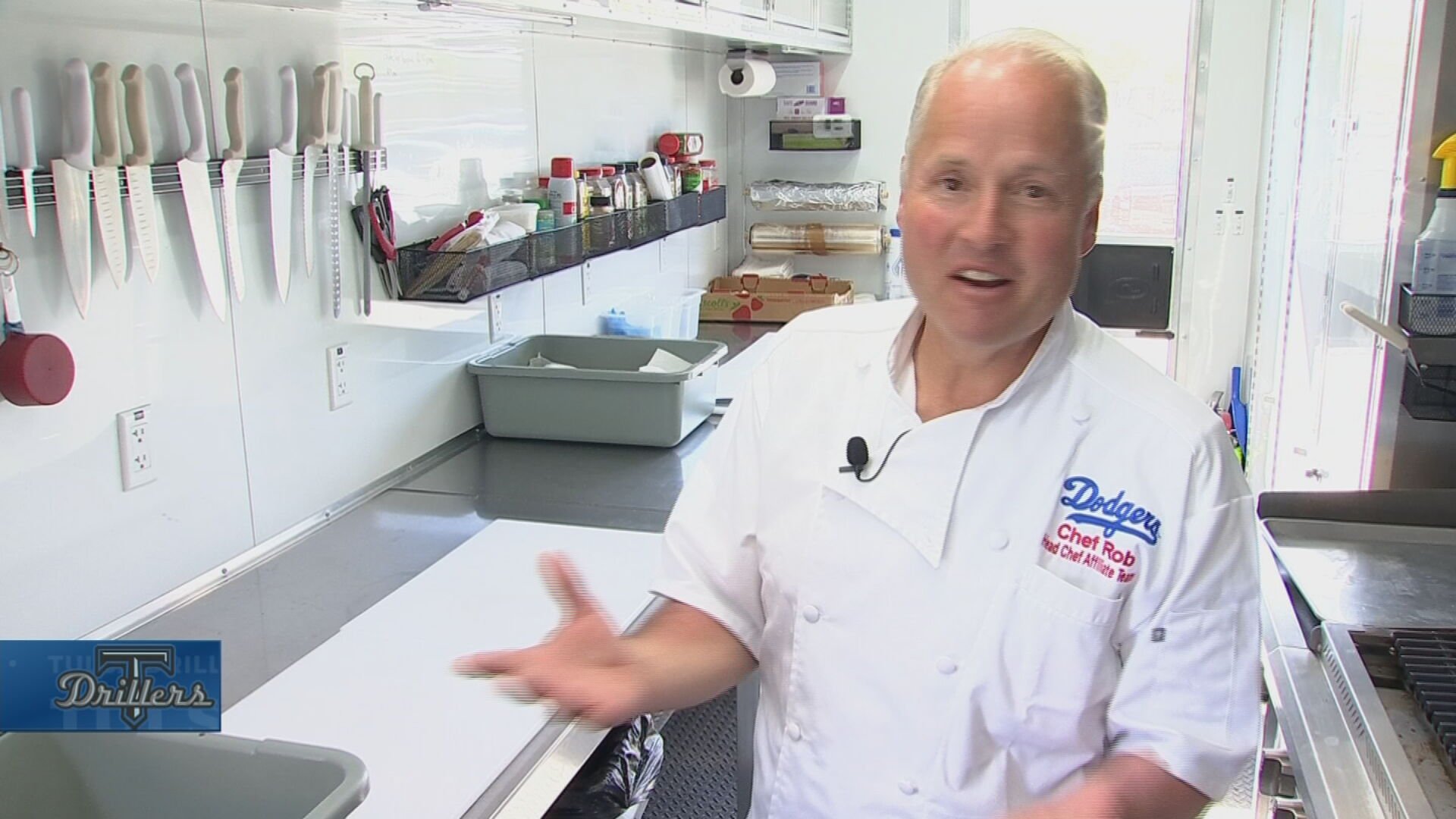 Professional baseball organizations are looking for every edge they can find over their opponents. For the Tulsa Drillers, that extends to lunch time - and dinner and pregame snacks, too.

In early June, some minor league baseball players in the Oakland Athletics’ organization made waves posting pictures of what they were served for meals. One was a sandwich with a single slice of cheese, tomato and no protein. Another was mostly a tortilla passing for a taco. For a lot of minor leaguers, this is standard fare when it comes to dinner.

But not for the Tulsa Drillers.

From Double-A on down, every minor league team in the Los Angeles Dodgers farm system has a personal chef that travels with the team, preparing two meals and a pregame snack for every home game.

“What we do is we feed every player at home and on the road about 4,000-6,000 calories a day of the best food that we can feed them,” said Dodgers’ affiliates head chef Rob Walton. “It all comes down to this mobile unit that we’ve got.”

“This mobile unit” is a kitchen-grade trailer, towed by a diesel pickup truck, that shows up ahead of the team at every away game, and is parked in the players’ lot at ONEOK Field for homestands.

“We beat tracks to stay ahead of the team,” Walton said. “They’ll already see me and smell the food that I’m cooking them for lunch, so it’s a little bit of psychological warfare against the other team.”

All this is a start departure from the stereotypical farm team ballpark fare of yore.

“When I showed up and first started doing this, the pregame was peanut butter and jelly,” Walton said. “The postgame was whatever was left over in the stadium, hot dogs, hamburgers. It was junk.”

“Tonight, we’ve got a broccoli and chicken casserole that we’re serving over rice pilaf,” Walton said, patting a giant tub of chopped broccoli. “Last night we actually made them porketta with mashed potatoes.”

The benefits go beyond simply a good, hearty meal for players to enjoy. As with anything in professional sports, for this kind of an investment, there has to be a return between the lines as well.

“Players are retaining focus and energy well into the games and well into the season, like they have never done before,” Walton said. “The ‘food as fuel’ is easy to understand. The momentum, team bond and unit-building is essential. It’s amazing.”

The process isn’t easy. Everything is bought fresh every morning, in exact quantities so nothing is wasted. But Walton and the staff in Tulsa say it really is a labor of love, and ballplayers aren’t picky.

“Baseball players are kind of simple creatures,” Walton said. “If you give them good food, in massive quantities, they’re going to be happy.”

The Drillers continue a six-game homestand against the Wichita Wind Surge on Thursday night. The series runs through Sunday.