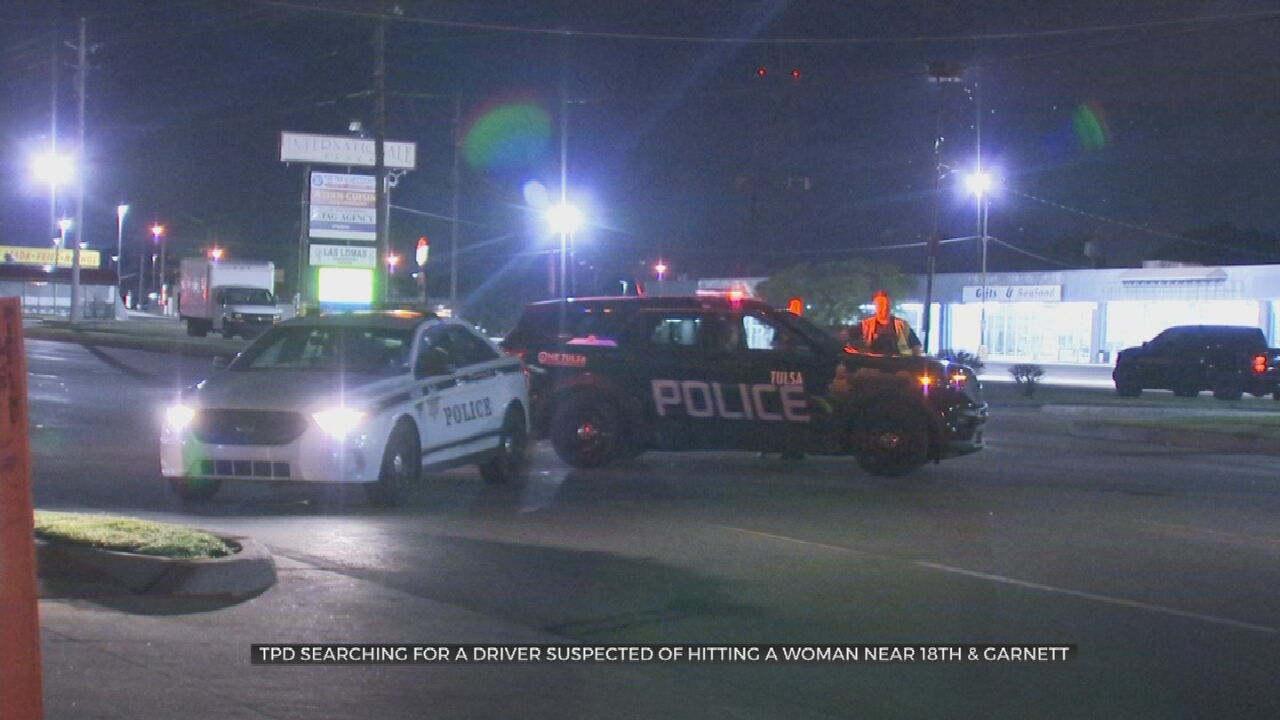 A woman is in the hospital after Tulsa police say she was hit by a car near 18th and Garnett late Sunday night. TPD said they are still searching for a white sedan, possibly a Chevy, after that driver hit the woman and fled the scene.

According to TPD, the woman is in her sixties and was walking east on Garnett when a car heading north hit her, leaving her with critical injuries to her right leg and torso.

Police say there were no brake marks on the road, meaning the driver never tried to slow down. They say when she was hit she was thrown as far as forty feet and landed on the back of the car, so the front and back of the vehicle they are looking for has damage.

TPD said there was a group of people at a food truck across the street who heard the impact happen, so they ran to help her and called the police.

She was taken to the hospital to be treated for serious injuries. Police say the car drove away heading north from the scene and they are still looking for that driver on Monday morning.

Tulsa Police ask anyone with information on the white car to call CrimeStoppers at 918-596-COPS.