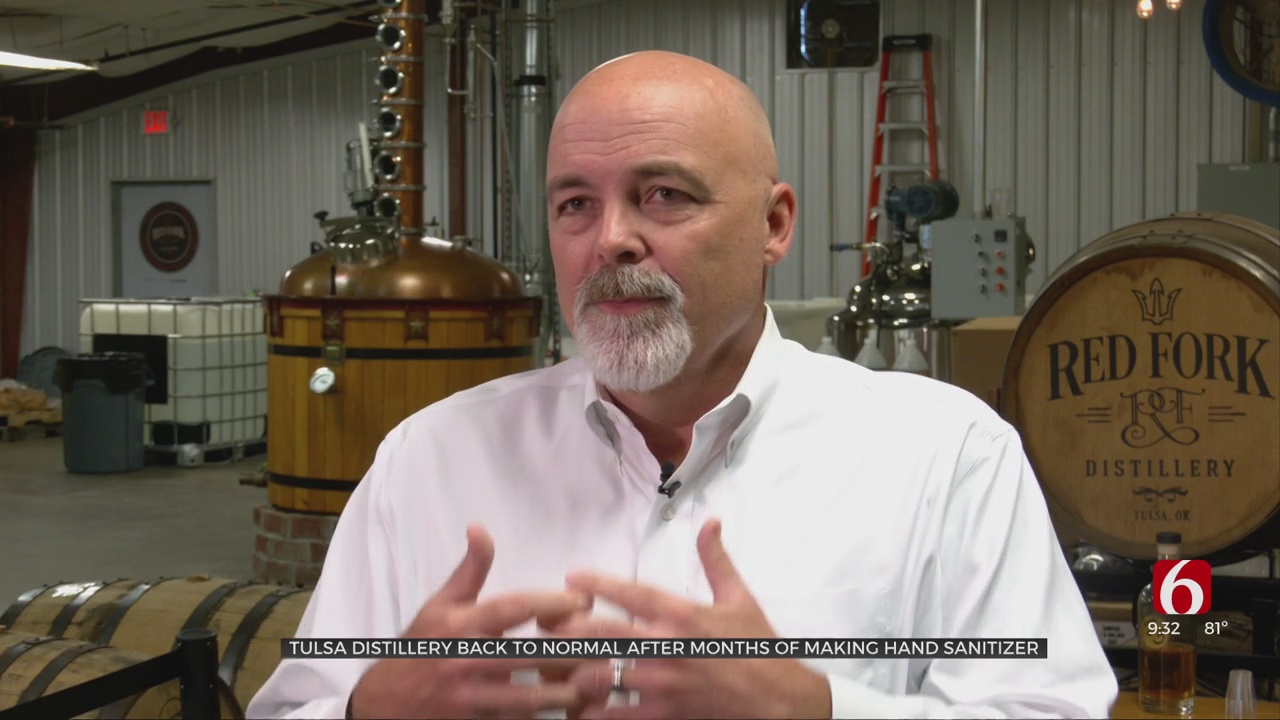 A Tulsa distillery that switched from making alcohol to making hand sanitizer during the pandemic is now back to normal.

For about eight months, Red Fork Distillery filled bottles of sanitizer and donated them to first responders - but that's far from their specialty.

Hoey said putting the release of their whiskey line on ice and taking a shot at sanitizer was the right thing to do, but with Green Country's return to normal, he's in high spirits.

“Now that we’re out of the hand sanitizer business and back in the spirits business where we want to be, it’s taken a little bit of time, but as restaurants open up and as bars open up, it actually helps us," he said.

Hoey said the growth he's seeing is partially thanks to the same legislators who called and asked if he could make the sanitizer months ago.

"We were fortunate this year too that the state legislature worked with us," he said.

Over the last few months, new laws have made it easier for distilleries to operate in the state.

Hoey said it's about more than removing archaic bottlenecks for bringing in customers - he believes it shows appreciation from lawmakers for the sacrifice distilleries made.

"I think they got the message that the distillers in Oklahoma stepped up, produced hand sanitizer, met the need and that the laws that were there that were a little outdated and that they needed to be updated," he said.

Hoey encourages people to support local businesses. If you'd like to book a tasting and tour at Red Fork Distillery, click the link here.