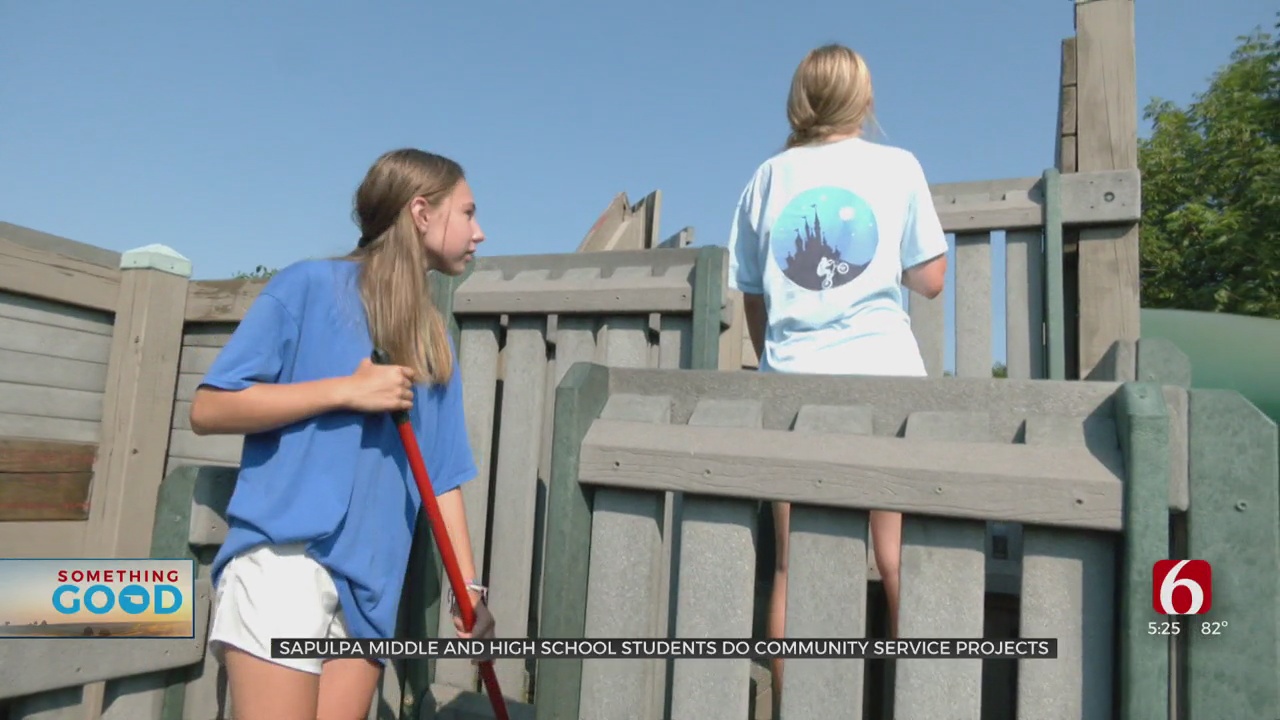 Sapulpa students spread out at parks and school departments throughout town for their first-ever community day of service Wednesday.

Around 100 junior high and high school students spent the day doing community service projects around town, with a goal to give back to the people who have given so much to them.

"Getting them together just because the aspect of being a part," said Sapulpa Athletic Director Michael Rose.

Students got to be part of a team for the first ever Chieftain Strong Community Service Day.

Rose said it's the second of three team-building events this summer. He said it's a way for students to bond outside of the classroom.

"So that going into the school year, it was something good, that they had someone they could connect with when school started," Rose said.

It's also about helping people and giving back to their city.

Each place had a list of what they needed done, like sweeping, picking up trash and landscaping. Students were in groups based on what sports they play.

They were each assigned a location like community parks and facilities, the school transportation department and Main Street.

"And it's fun to do it all together and push each other to do things out of your comfort zone," said sophomore Jasmine Brown.

Brown runs cross country, and her team's job was to clean up Heritage Park near downtown.

"You get to help the people that are helping you," sixth grader Kymber Raines said.

"It's meaningful to the community. Taking a day out of your summer to help out," sophomore Luis Nunez said.

School leaders said it's a simple way to show appreciation and show students the value of service.

"The one thing that I've learned about this community is that they give, and they give and they give. Whatever it is, time, resources, financially. It doesn't matter," Rose said.

"It's good to feel like you're doing something for someone else, not just yourself," Brown said. "And saying thank you in a way that's bigger than just yourself and a team."