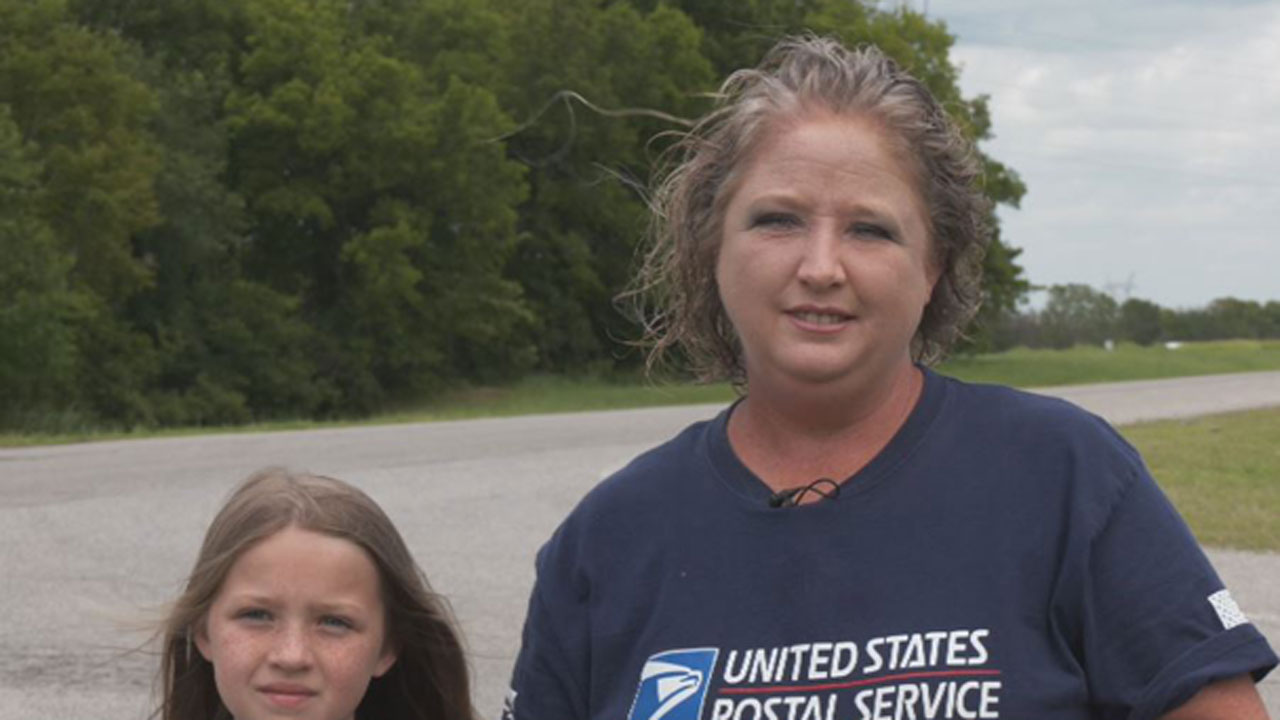 A Catoosa woman said she was put in the right place when she saved a man’s life through CPR after a motorcycle wreck.

Jennifer Lee said she worked in the medical field for many years but had never been put in a situation like this. She believes it was meant to be and she's just glad she was there to save his life.

Lee said it was like any other day. She was heading home from Walmart near Admiral and 225th East Avenue.

Lee saw a motorcycle wreck and there was a crowd of people surrounding the rider. She said she almost didn't stop, but something told her to pull over.

"I pulled over and ran up there and asked if he had a pulse, and everybody said no," said Lee.

Lee worked in the medical field for many years and said instincts took over. She asked for someone to help get the bike off the man, and then began CPR.

"I started CPR, I did it for five minutes and finally got a pulse back and got him breathing again," said Lee.

She said firefighters showed up about five minutes after that and the man was still breathing.

"I've never had to do it on scene or out in the public," Lee said.

"I'm really proud of her," her 11-year-old daughter Sheridan Lee said. "And I'm proud of anyone that can save a life."

Tulsa Police say the motorcycle rider was going fast as he came up on the stop sign, so he laid down his bike and slid head-on into a car.

Lee said several people were there to help and she was thankful to be a part of it. She urges everyone to take CPR classes because you never know when you'll need to help someone.

"I believe everybody should have basic training," she said. "I came along at the right time. Nobody else knew what to do - I just happened to be there."

Lee said she's talked to the man's family and he's still in the hospital.