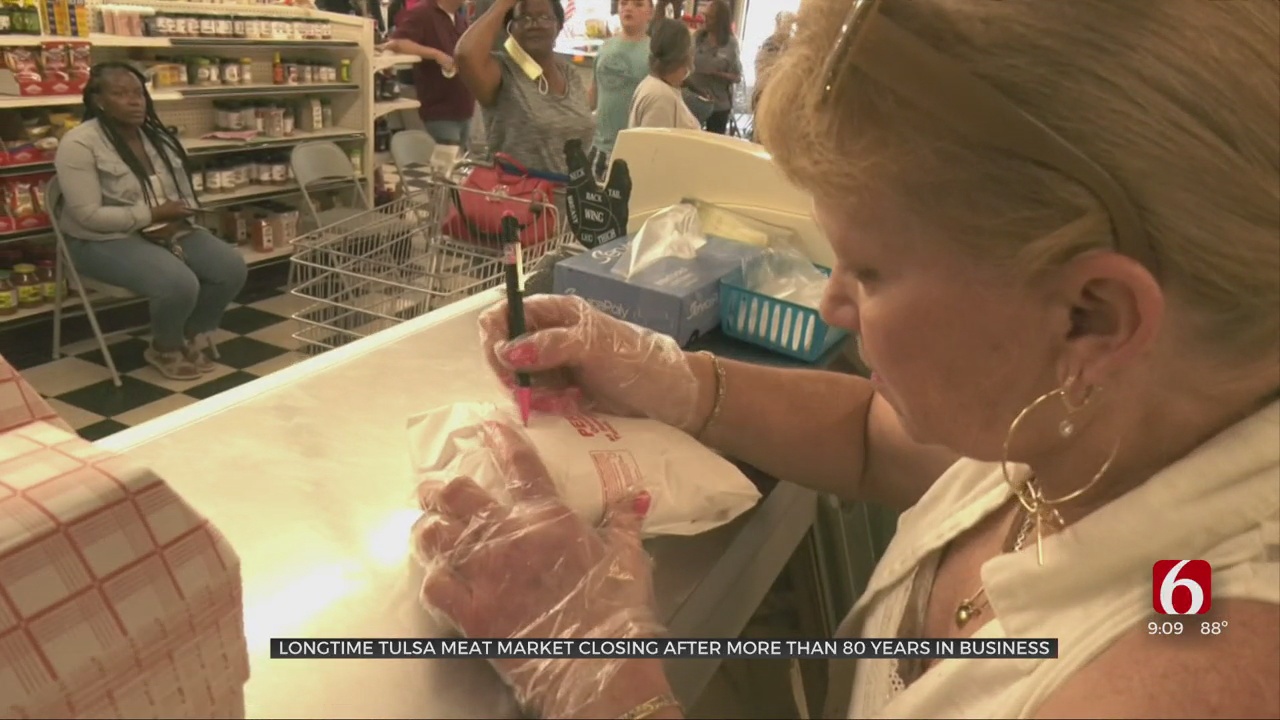 A longtime Tulsa meat store is preparing to close after more than 80 years in business. The family said the owner’s death is forcing them to shut the doors.

August 20 is when Perry's Food Store will close its doors. Customers said it's the family atmosphere they will remember the most about this popular meat store.

As time ticks at Perry's Food Store at 11th and Lewis, customers take advantage of the short time left.

"Everything has a time,” said Sherry Hoort, the sister of owner, Perry Isom III, who went by "Bud."

She said her 88-year-old brother passed away in May, and no one in the family is able carry on the legacy.

She said her father, Perry Isom Jr. started the business in 1940. Hoort said after her father retired, Bud took over the business.

Quality meat, as well as great customer service is what Hoort said they've always tried to live up to.

“We call each other the Perry's family and that includes customers too,” Hoort said.

Melvin Crawford, who came to buy his favorite meat, has shopped at perry's for nearly a decade.

"This always is the place I buy my meat because they have the best meat in town, everybody treats you like family,” Crawford said.

"It's a neighborhood staple, people just love being able to watch their meat get cut, seeing it being packaged,” Hoort said.

Hoort said they are not ordering any more meat as they prepare to close their doors.