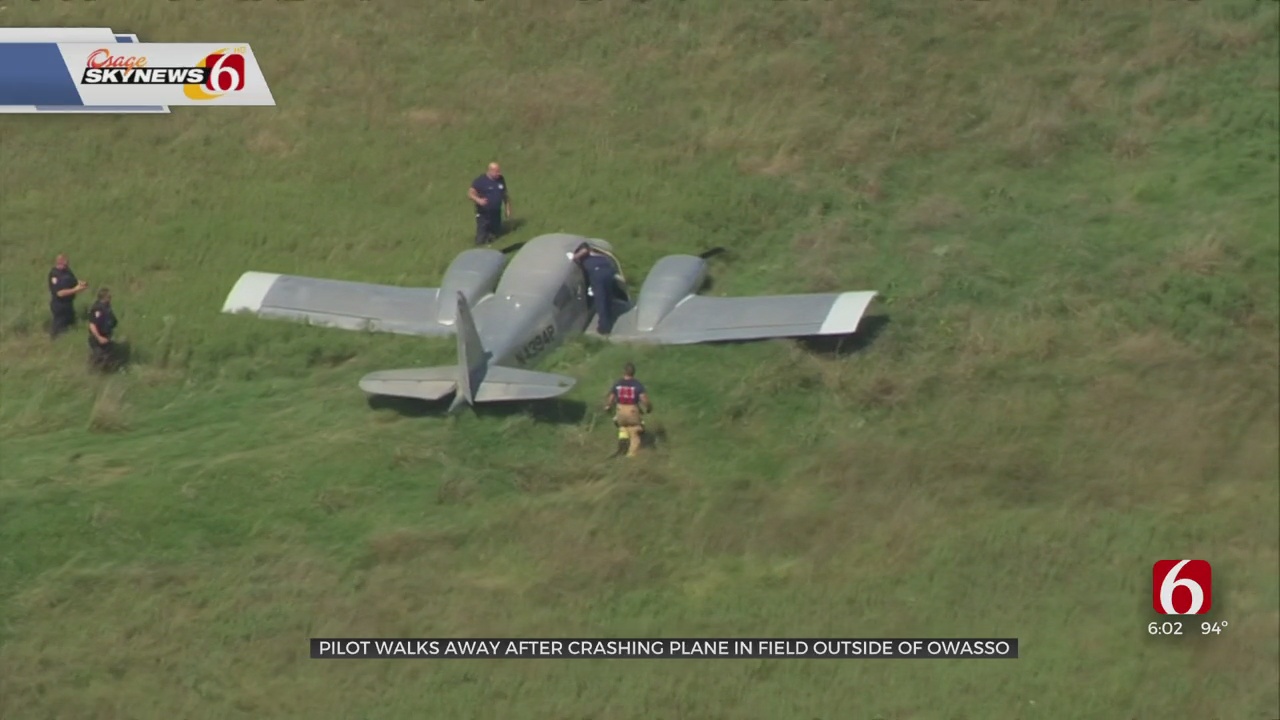 A pilot is safe after landing his plane in the middle of a field near Owasso when one of his engines went out.

The pilot was safely able to bring his plane down into an open field.

It all happened shortly after 11 a.m. on Wednesday when emergency crews got a call from a driver who saw the plane struggling near 96th Street North.

There, investigators found the pilot up and walking around.

They say the pilot told them he had just taken off from Gundy's airport two miles south, but experienced engine trouble in one engine and tried to turn around.

Once he realized he couldn't make it, the pilot told them he found the open field and safely landed away from cars, houses and people.

"From what I understand, maintaining control of an aircraft when one side, when one motor goes out, and the other one is still working is relatively a difficult situation so I'm thankful he's got the experience to handle it and no one got hurt," said Trooper Mark Southall with OHP.

The FAA and NTSB are now handling the investigation.

The pilot was not taken to the hospital.