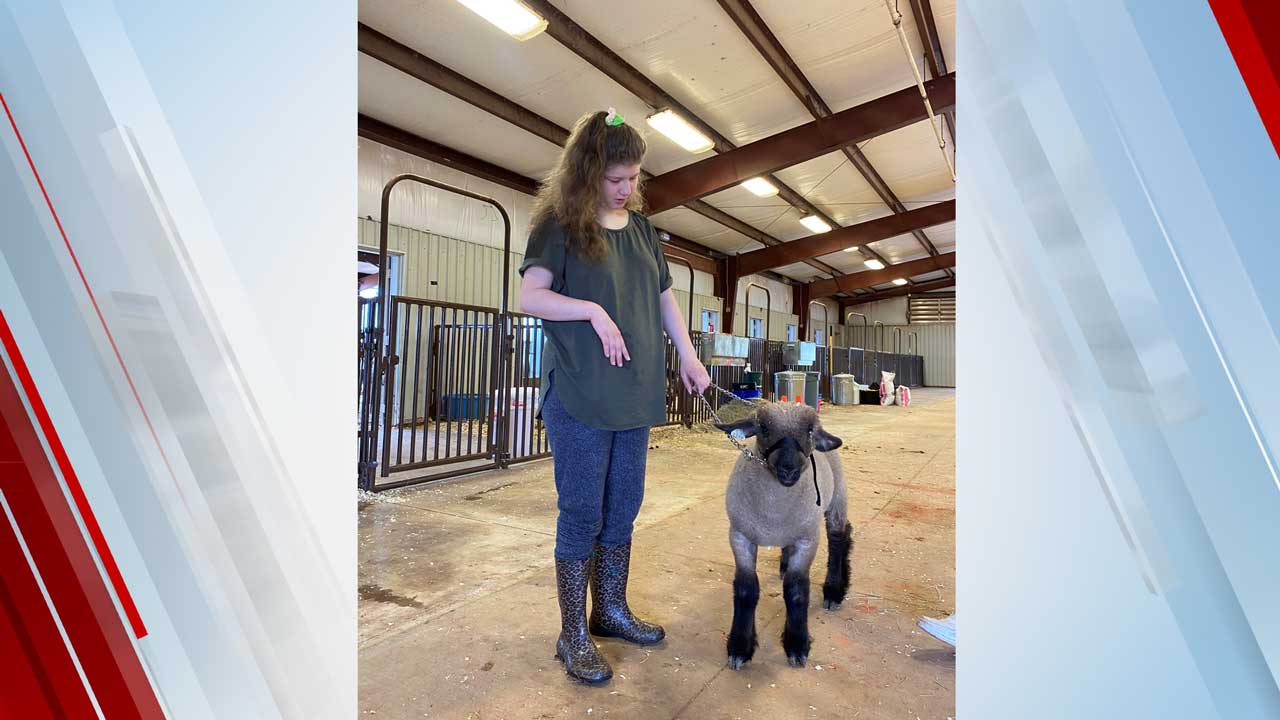 A mother is speaking out after being told by a high school instructor that her child with disabilities cannot participate in FFA.

Tammy Searcy said she was told by the FFA instructor at Mustang Public Schools that her daughter, Brianna, 18, was unable to participate.

Brianna is a senior at Mustang High School.

“I didn’t think in 2021 we would be in a position where there would be (discrimination) against a special needs child,” Tammy said. “I don’t want to do anything that harms the program or harms the children.”

Two weeks ago, Tammy said the district’s agriculture instructor said her daughter couldn’t show sheep but could show pigs, but only from a wheelchair.

Tammy said her daughter doesn’t need a wheelchair to begin with.

“She goes in the pen and kisses every lamb and tells them bye every night and doesn’t want to leave them, she gets mad,” Tammy said. “It’s heartbreaking for somebody to be that way.”

Brianna is autistic and also suffers from a Dravet syndrome, which causes many seizures.

The family’s attorney said Mustang Public Schools is in direct violation of the Individuals With Disabilities Education Act.

“Simple accommodations can be made to allow Brianna to patriciate in some form or fashion so that she has equal access to the program,” attorney Rachel Bussett of Bussett Legal Group said. “The school just seems unwilling to do that.”

In matters involving students, we cannot share details/specific information about individual cases or incidents, as per The Family Educational Rights and Privacy Act (FERPA) of 1974 which is a federal law that protects the privacy of students. However, we have been working with the family and staff in this case to find a solution agreeable to all parties and will continue to support our students in their extracurricular interests.”

Tammy and her attorney said communication with the school district has been limited. Both said they just want the right thing to be done.

As of right now the family does not intend on suing the district but said that could change.