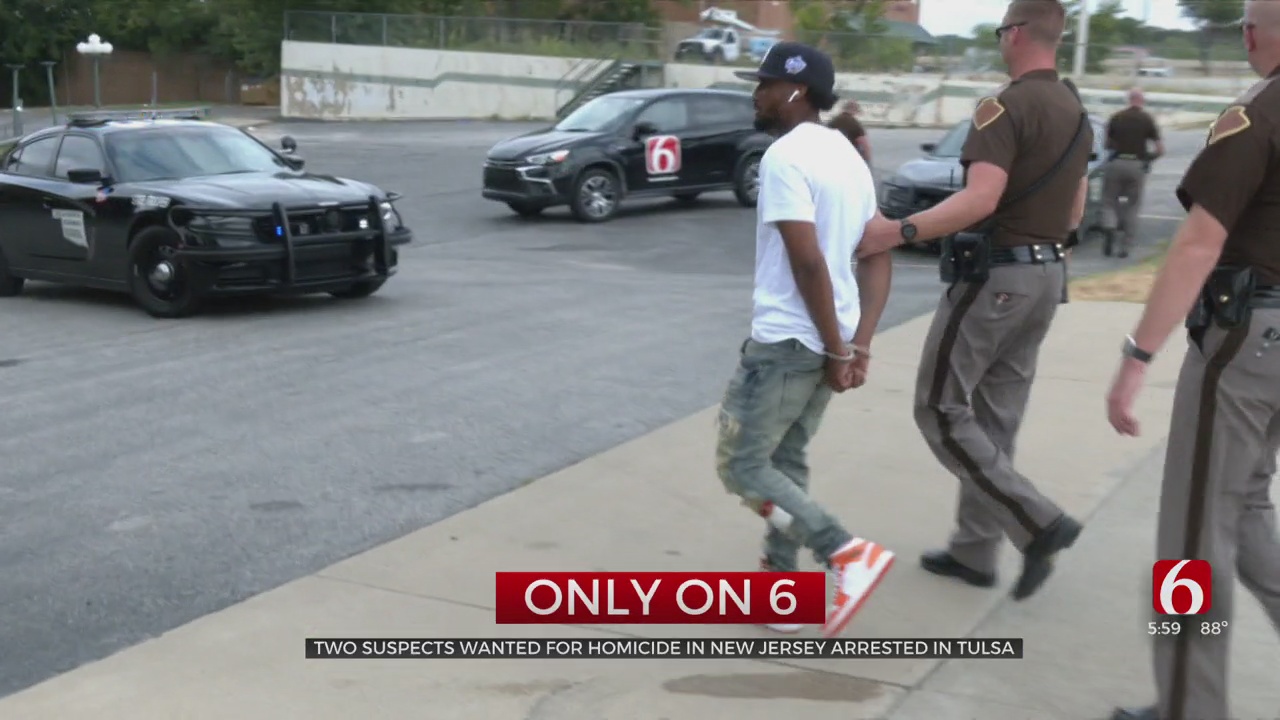 New Jersey had been tracking the suspects and learned they were driving on I-44 toward Tulsa. Troopers quickly spotted the car and arrested both men.

Troopers arrested Tyrell Lansing and Dequan McDaniel, 1,200 miles from where they are wanted.

"The vehicle came to a stop without a pursuit or any injuries or anything of that nature. We identified two people, and both are suspects in the homicide in New Jersey,” said OHP Trooper Mark Southall.

Troopers said they were given a tag number and type of car and they immediately began searching. They spotted the car heading into Tulsa around noon but took a strategic approach to stopping them.

"New Jersey was pinging the cell phones and they were relaying the information to us and we were moving our troopers from all over the county to this particular area so we could block roads, in case this did turn into a pursuit, we could be ready for worst case scenario,” said Southall.

OHP said this is another example of how well law enforcement officers work as a team, even beyond state lines.

"The way we work with other states is outstanding. With doing that, we are able to identify, in this case, homicide suspects, the worst of the worst. We are grateful they called us. We are grateful we could assist New Jersey in this,” said Southall.

Both suspects have been taken to the Tulsa County jail before being extradited back to New Jersey. News On 6 called the Morris County Sheriff's Office for more detail about the murder, but have not yet heard back.