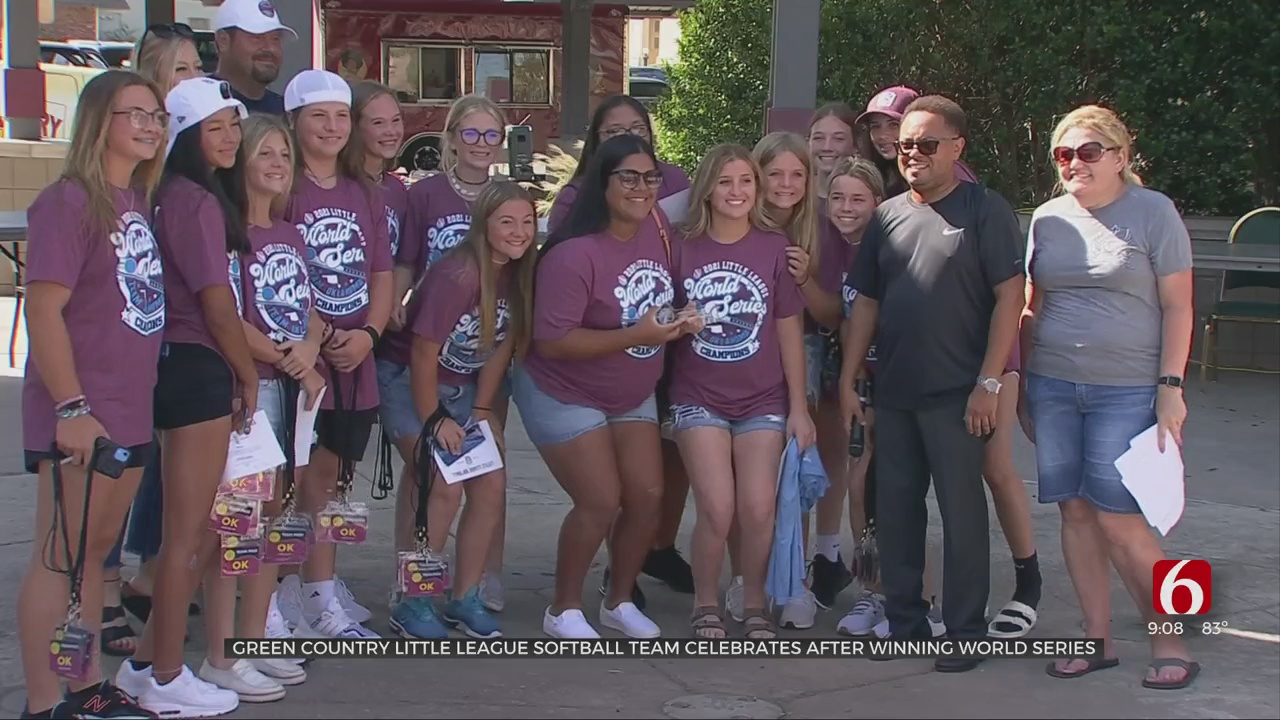 "They deserve the world, and they are getting it right now, we've been getting support not only from Oklahoma but other states and to get it from the town of Muskogee is amazing and these girls deserve everything they are getting today," says head coach Hayleigh Galvan.

Galvan says the players are soaking in every minute of their success.

Today they signed autographs, took pictures with fans and supporters, and were recognized and given the key to the city of Muskogee by Mayor Marlon Coleman.

"This is awesome, this is what we need, I think every city right now during this pandemic and all the craziness that's going on, we need some good news, and what better way to celebrate good news than with our young people," Mayor Coleman said.

The team defeated Virginia in the final game to wrap up its undefeated streak with a World Series title.

This is the first team from Oklahoma to ever win the Little League Softball World Series.

"When we won, I knew we won, but I didn't realize we had made history. I thought about it and was like we just made history, that's awesome," said pitcher Cambri Casey.

Coach Galvan says it's been an incredible few weeks and knows it wouldn't have been possible without every single player on the team.

Coach Galvan says while this is the first team from Oklahoma to win the title, she knows it won't be the last.