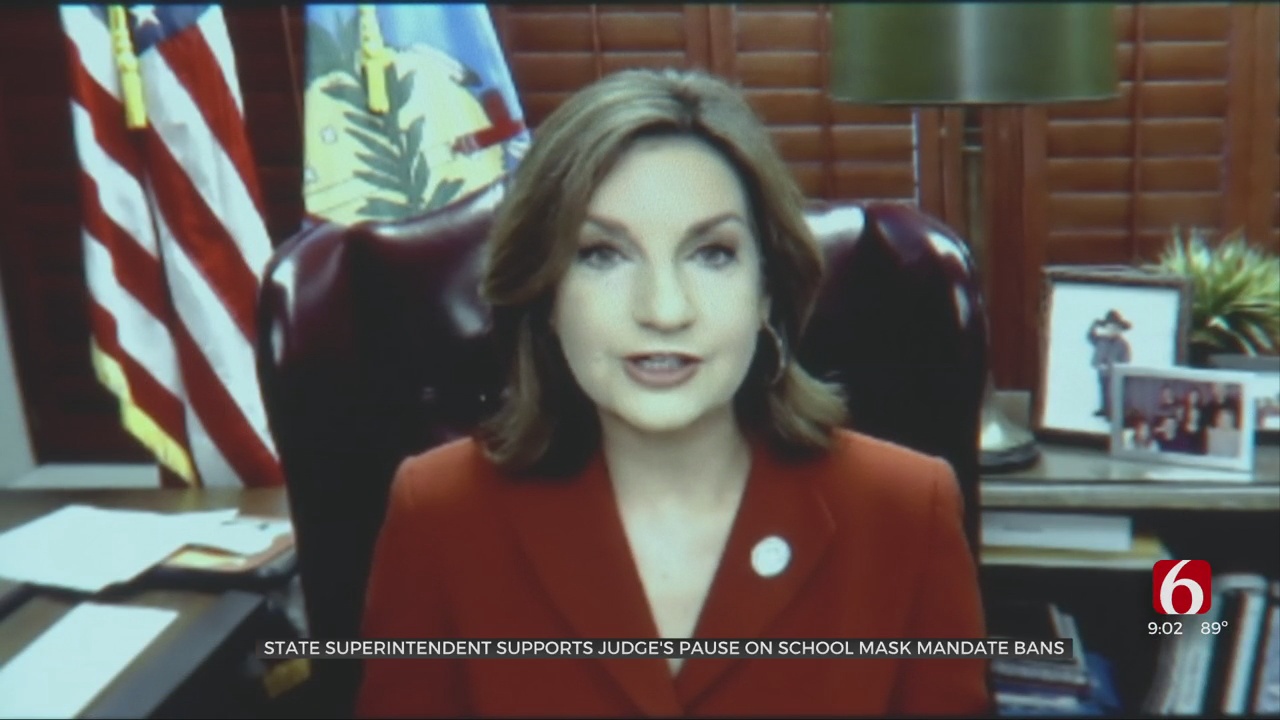 An Oklahoma County judge has put the new law preventing schools from mandating mask mandates on hold and the state superintendent supports the decision.

On Sept. 1, Judge Natalie Mai granted a temporary injunction of Senate Bill 658. The judge said she granted the request because the law applies only to public schools and not private schools.

The ruling means school districts across the state will be able to temporarily enforce their own mask mandates starting Sept. 6 if families may opt out.

Jenni Roaseau, a Tulsa Public Schools parent and former teacher, said she has mixed feelings about the temporary injunction.

"I definitely feel it's a step in the right direction,” said Roaseau. “I feel like anything we can do to chip away at that bill is good. I have to respect and understand that there are some personal opt-out options, and that's I guess to be expected."

Oklahoma State Superintendent Joy Hofmeister told News On 6 the controversial law prevents schools from protecting and providing for all students, including those who are more vulnerable.

Hofmeister said she believes this first step in the legal battle will provide safe spaces for learning.

"Our districts had their hands untied to be able to deal with Delta variant outbreaks and with their public health officials in order to safeguard kids,” said Hofmeister.

Governor Kevin Stitt also called the ruling "a victory for parental choice, personal responsibility and the rule of law."

His statement said, “I have been clear from the beginning that parents should have the right to make decisions about the health and education of their children.”

Hofmeister said she believes giving districts the option to enforce masks and parents the choice to opt out will make a difference in any possible future legal battles, including the recent announcement that the U.S. Department of Education’s Civil Rights Office is investigating whether SB 658 might be discriminating against students with disabilities.

"There were other states that took the same steps we did today at the State Department of Education, and we are going to continue to protect the civil rights of our children," said Hofmeister.

News On 6 reached out to Oklahoma Rep. Kevin West, who is one of the authors of the bill, and have not heard back.

As for the legal process, Hofmeister said there will be more hearings with a different judge, but dates have not been set.