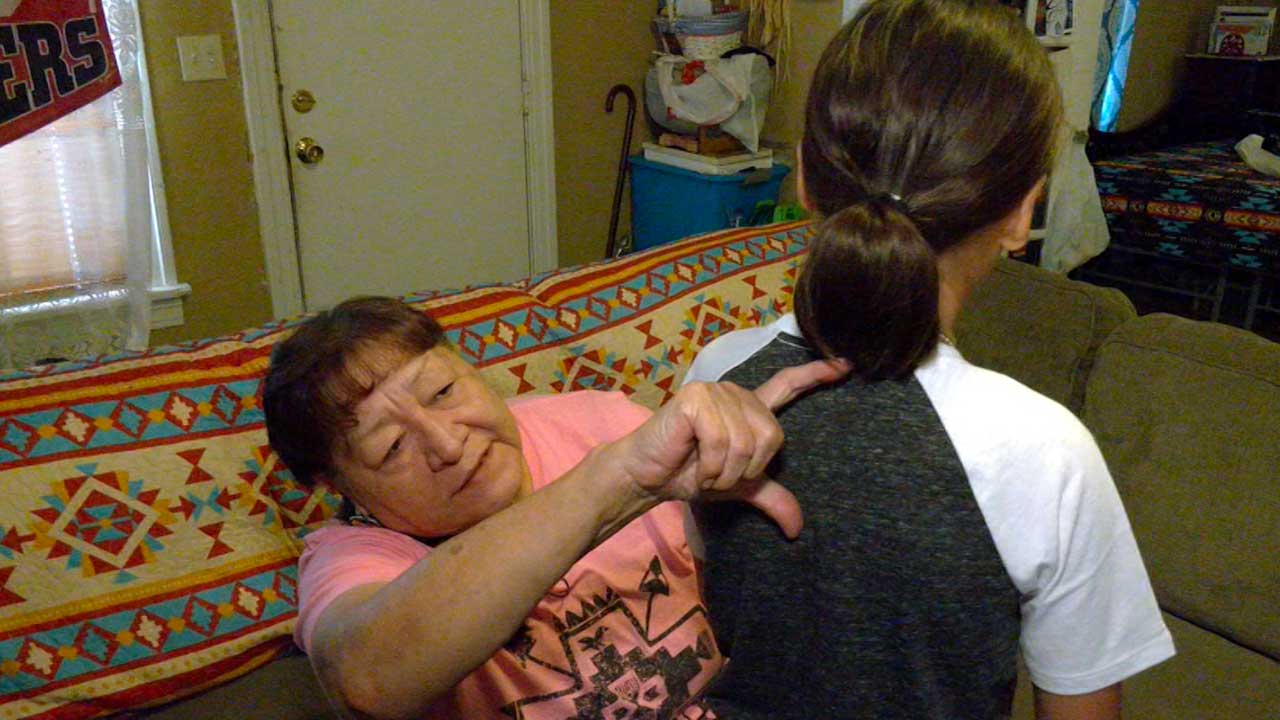 UPDATE: The Cheyenne and Arapaho Tribes and Clinton Public Schools released a joint statement regarding the alleged incident that occurred earlier this week.

A Cheyenne & Arapaho family in Clinton is outraged after they said their fifth grader was assaulted by two students when he was held down by one, and had his long hair cut by another.

“I was just hoping that we were going to get through the school year without anything like this happening, it’s sad,” Laquita Lonebear, Dominique’s grandmother, said. “I can’t even explain the feeling that I have. Driving home, I was so upset and hurt. My heart broke.”

Lonebear said her grandson was nearly finished using the bathroom when two students followed him in and assaulted him.

“They pushed the door open and pushed him against the wall, threw him down and held him down,” Lonebear said. “He (Dominique) said one held him down, the other one cut his hair and they took off running out.”

Dominique said he was unable to get a look at the two students as he was being pinned face first into the bathroom floor.

Dominique said he didn’t report it immediately, due to fears of retaliation.

The attack is not only personal, but the Lonebear family is taking it as a cultural attack as well.

“It would just be like me chopping your staple of your church or breaking the cross in front of you,” Lonebear said. “That would be against your beliefs. You have beliefs, I have beliefs. I am hurt.”

Clinton Public Schools Superintendent Tyler Bridges told News 9 district leaders are in communication with the family as the district conducts a full investigation into the incident.

“It (doesn’t) matter how old or how young, they need to learn to respect people. People, their beliefs, their traditions, whatever,” Lonebear said.

The Lonebear family said they’d like to see the Native American culture and traditions taught better in school.

They’d also like to see the culture changed within the district, so victims of bullying feel more comfortable reporting it.