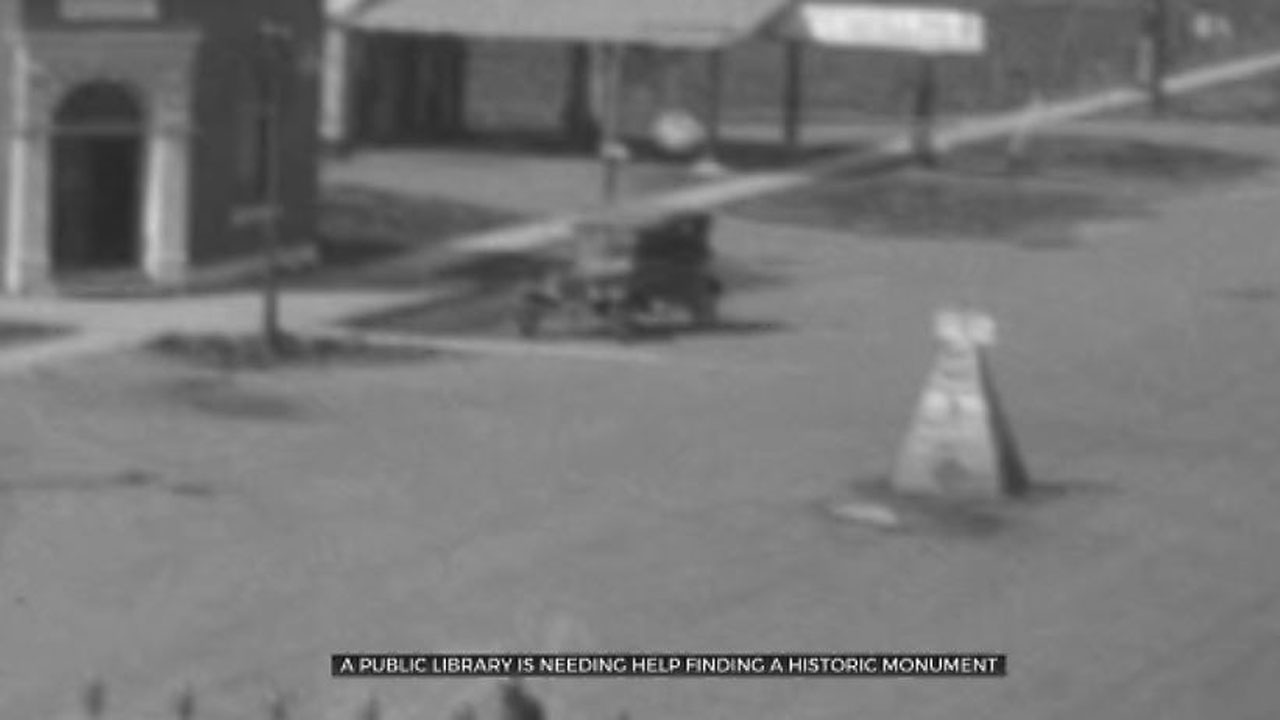 The Chouteau Public Library is asking for the public’s help to find a missing monument that could be at least a century old.

It is believed to have historic value and weigh more than 1,000 pounds.

There is a team of women inside the Chouteau Public Library working to solve a mystery that's not on the bookshelves.

Holland, along with librarian Janet Coblentz and assistant librarian Amber Lowery, are working to digitize historic photos donated to the library over the years, including pictures of an “obelisk” or monument, that used to sit at the intersection of Main and McCracken.

"We were curious as to what happened to it,” Lowery said.

A traffic light now flashes right above where the monument once sat. The group looked back at historic photos of the intersection that were donated and reached out to the Jefferson Highway Association for help.

The Model-T cars gave Roger Bell a clue that the monument was likely there around the 1920s.

As Jefferson Highway Association president, Bell knows all about the first north-south highway in the United States, which ran through Chouteau.

"I knew immediately based on the routing that I knew that this is right on the Jefferson Highway route,” Bell said.

Looking at a photo on the "Missing" flyer the library made, Bell thinks the monument reads "10 miles," possibly signaling to drivers 100 years ago that Pryor is the next town down the road.

At six feet tall and an estimated 1,500 pounds, the library believes the monument could still be in the Chouteau area and hopes people will go through their old sheds and junk piles to look for it.

"It's exciting to think that there might still, you know, be history out there that we can find and be able to share with the public and for our community,” Lowery said.

“It always amazing to me when sometimes you think something’s not going to be solved or you’re not going to find something and one person comes out of the blue that has all the answers,” Bell said.

The group is looking for any clues that could help solve the mystery of the missing monument.