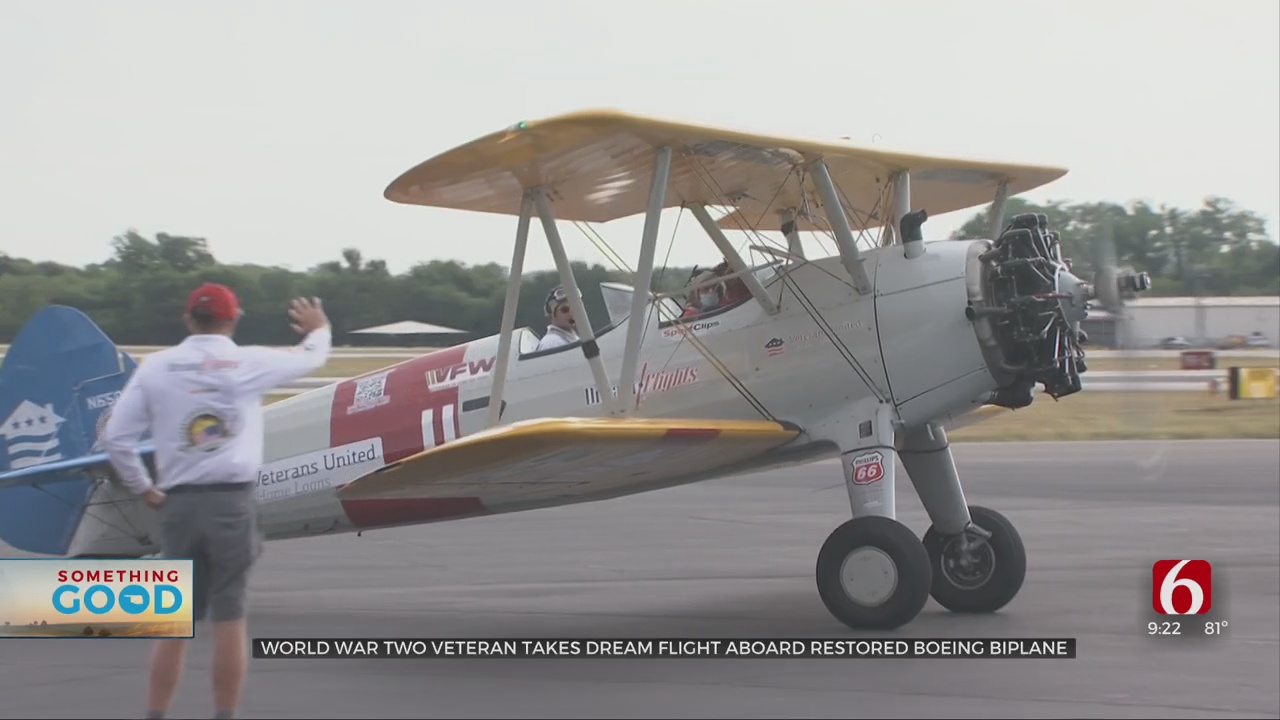 A World War II veteran got a once-in-a-lifetime chance to take a dream flight on a restored biplane.

Wednesday morning, Buddy took off from the Jones Riverside Airport in Tulsa aboard a restored Boeing Stearman Biplane.

“I’ve seen people reenergized; they have dropped their walkers. I’ve seen them dancing after flights, and we get some of the most rewarding thank you letters week after, just saying they can’t wait to see us again next year,” James Sims, a dream flights pilot said.

The biplane was the same kind used to train aviators during World War II.