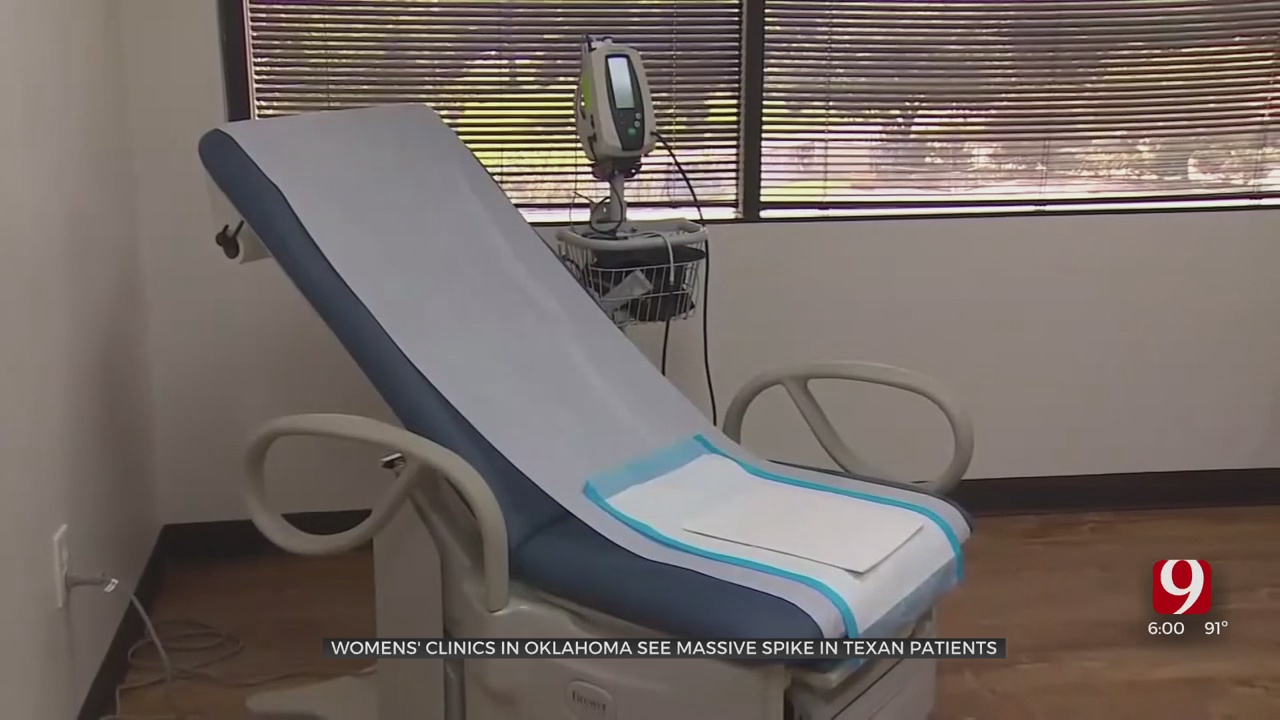 One of the arguably most restrictive abortion laws went into effect in Texas on September 1. It bans a woman from getting the procedure after six weeks, when a heartbeat is detected.

Trust Women's clinics said overnight they saw a dramatic spike in women seeking services, and the majority of those calls came from across the Texas border.

“Immediately it was like tenfold for our Oklahoma clinic in particular,” said Trust Women’s Co. Executive Director, Schaunta James-Boyd.

The Texas law, SB 8, also allows people to whistle blow on any providers and people who aid in the procedure, whether that be staff, doctors, or even the person who drove the woman to a clinic. All can be sued as well.

Many in need of the procedure are heading to states like Oklahoma.

“In the last two weeks we have probably seen more patients than we've seen in quite a while,” said James-Boyd. “So, we already have ladies traveling six to eight hours depending on what they're situations are.”

The sharp spike in appointments put a strain on clinics like Trust Women.

In 2020 over 55,000 Texas women terminated a pregnancy. The vast majority, or 90% had the procedure in the first trimester. Since SB 8, James-Boyd said Oklahomans who need abortions or other services can’t get appointments.

“So, they're having to seek out possibly our Kansas location.”

Travel increases the costs for anyone who wants the procedure.

“The cost of taking off of work. Say you have kids, there are definitely ladies that may have kids they have to bring to with them or find a babysitter,” said James-Boyd. “Is there a hotel because you have to travel overnight, you have food, you have gas depending on your car, maybe you don't have a car.”

Oklahoma has its own abortion law going into effect in November.

Gov. Stitt signed the bill back in April. A number of advocacy groups have filed a lawsuit looking to block the law.