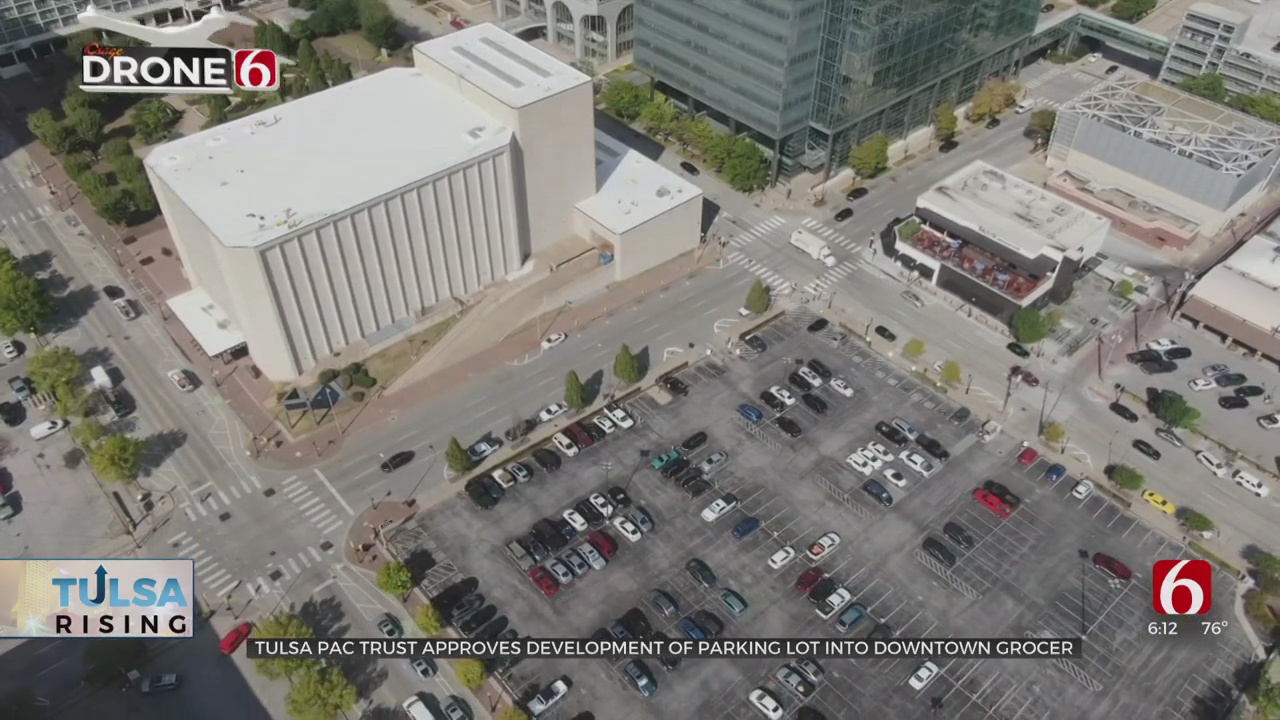 The trust for the Tulsa Performing Arts Center said it has finalized a multimillion-dollar deal, years in the making.

The parking lot at 3rd Street and Cincinnati just east of the PAC will be turned into a grocery store, hotel, apartments and stores after the PAC Trust approved a $5.5 million deal with an Indiana-based developer.

Big plans are in motion for the parking lot where people have come to stop for decades. The Tulsa Performing Arts Center Trust has owned the lot to its east since 1977.

With all the changes, the PAC said the developer still plans to give people a place to park, with a garage providing 450 spaces.

Frie said money made from the parking lot has helped fund community engagement programs in the past and said the multimillion-dollar sale will ensure programing will be around for years to come.

"To be able to recoup what we lose when we sell the asset, will be investing that money so that we can continue to have a revenue stream to be able to do the programs we want to do,” he said.

The PAC has not released the name of the grocery store or a construction timeline just yet. Reasor’s confirmed Tuesday that it will not be opening a new location downtown.

News On 6 called the developer in Indiana for comment and has not heard back.