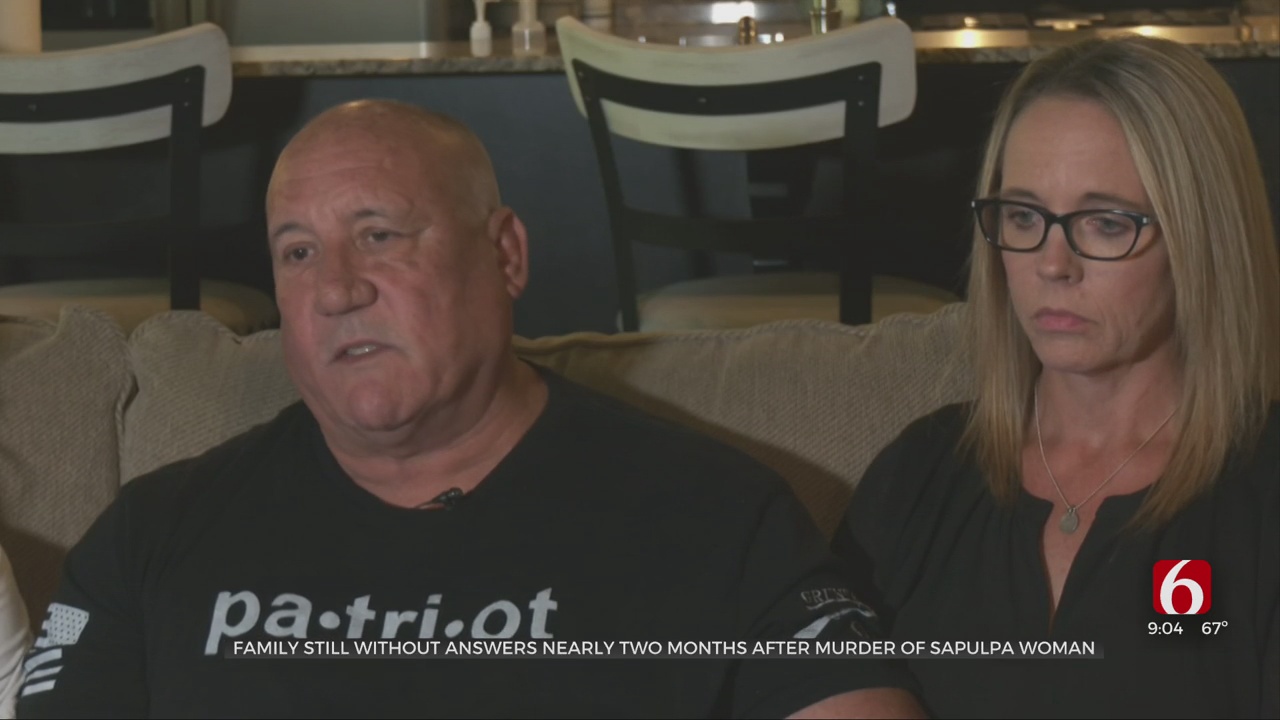 A Jenks family is still waiting for answers tonight after their 27-year-old daughter and sister was murdered last month.

Alyssa Edlund's friends and family said not knowing what happened and who did it, makes it feel like they can't really grieve.

Alyssa's siblings and parents said she was a bright spot in everyone's life, with a passion for exploring and friend to many. They said they're desperate for justice.

"She was everything," said her sister Kailey Arellanes.

Alyssa's family can't help but gush about the beautiful daughter and sister who they say could do anything she put her mind to.

"She loved the outdoors and getting dressed up, but was super family oriented and loved her friends," Kailey said.

"She had the best laugh," said mother Holly Edlund.

"She had a funny goofy side to her," said dad Bobby Edlund.

Bobby said he loved hunting and fishing with his daughter, and she had dreams of working for the Department of Wildlife after getting her degree at OSU. Holly said Alyssa had a love of traveling, having fun, and had such a kind heart, she'd do the smallest things to lift up a friend.

"She was always there to lift them up, she might take them a gift," said Holly.

Alyssa's family has spent the past several weeks without her. She was killed last month in Haskell. Bobby said Alyssa was in an abusive relationship, but no arrests have been made.

"I wouldn't wish this on any other family," said Bobby.

The Edlunds have had more than their fair share of tragedy. Alyssa's brother Blake died three years ago. Kailey said Alyssa deserves justice.

"Put yourself in our shoes and imagine if one of your loved ones was murdered and you didn't have answers," said Kailey.