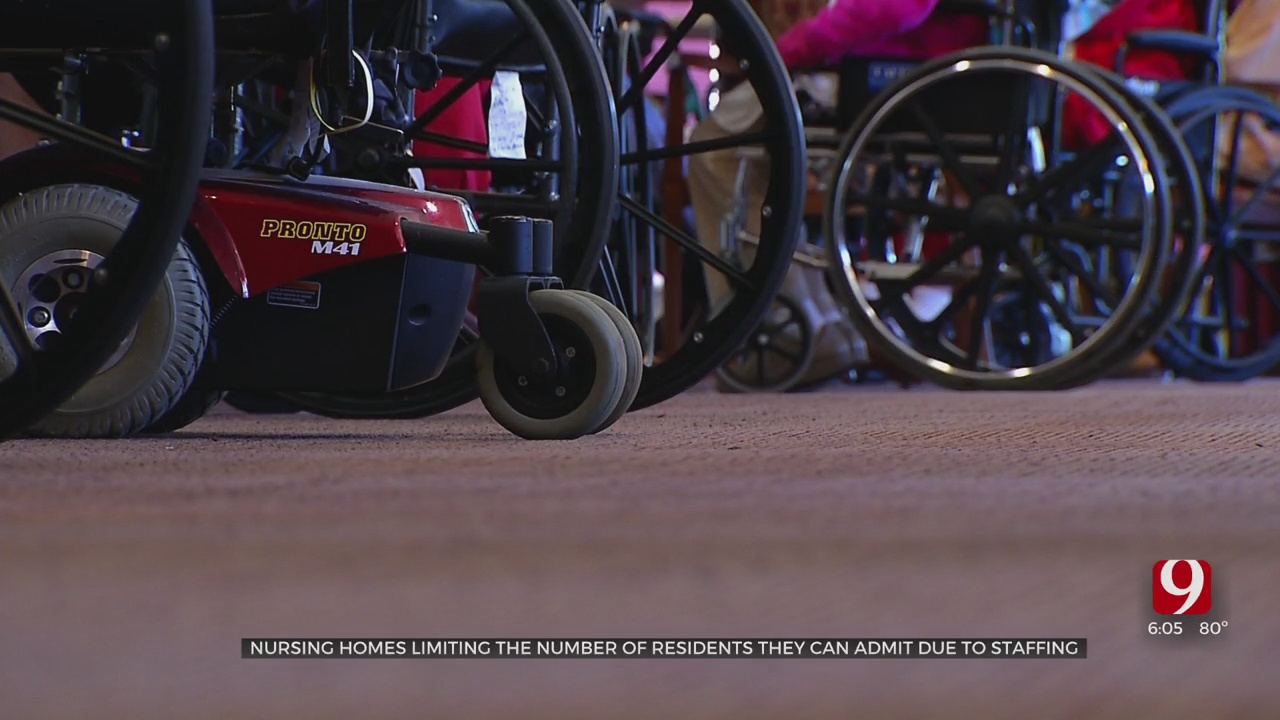 Nursing homes are now enforcing admission holds due to workforce shortages. This means that many patients won't be receiving the level of care they need.

Steven Buck, CEO of Care Providers Oklahoma, said many patients who can't be admitted will have to go to the hospital instead.

“That would mean hospital beds are occupied longer and that puts pressure on hospitals,” Buck said. “It also puts pressure on other caregivers who are providing care and don’t have the capacity to provide more.”

The Diakonos Group is one of the state's largest long-term care operators. The company said 60% of its facilities are currently on admissions holds.

Caregivers exiting the industry, along with the effects of COVID, are putting a strain on current workers.

"They've been at this coming up on 19 to 20 months now, a very intensive effort with a lot of overtime,” Buck said. “They're fatigued but we should applaud those who continue to show up and provide excellent care."

One concern is that caregivers will leave if the potential vaccine mandate is passed. Some caregivers are also leaving due to low wages.

Buck hopes that through time, staffing will be able to stabilize through financial benefits from state and federal lawmakers.

"In the short term the state and federal government have been very responsive and have been able to provide resources, which allowed for enhanced pay,” Buck said. “But those resources, there's no promise that they will continue.”

Buck believes that more competitive wages depend entirely on Congress and state legislators increasing the Medicaid reimbursement rate. In Oklahoma, Medicaid accounts for about 75% or more of a long-term facility’s average bill. The structure is currently set for a minimum of $12 an hour.

If increased, health providers believe it will lead to better retention in the workforce.