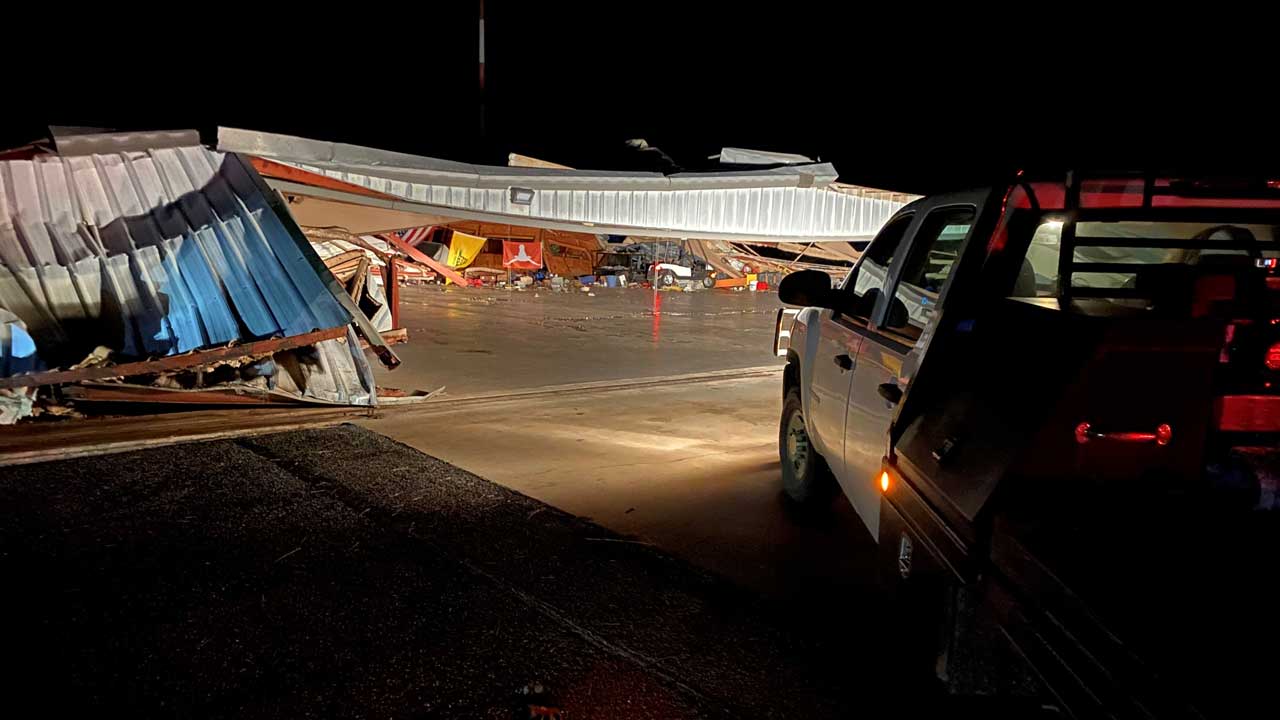 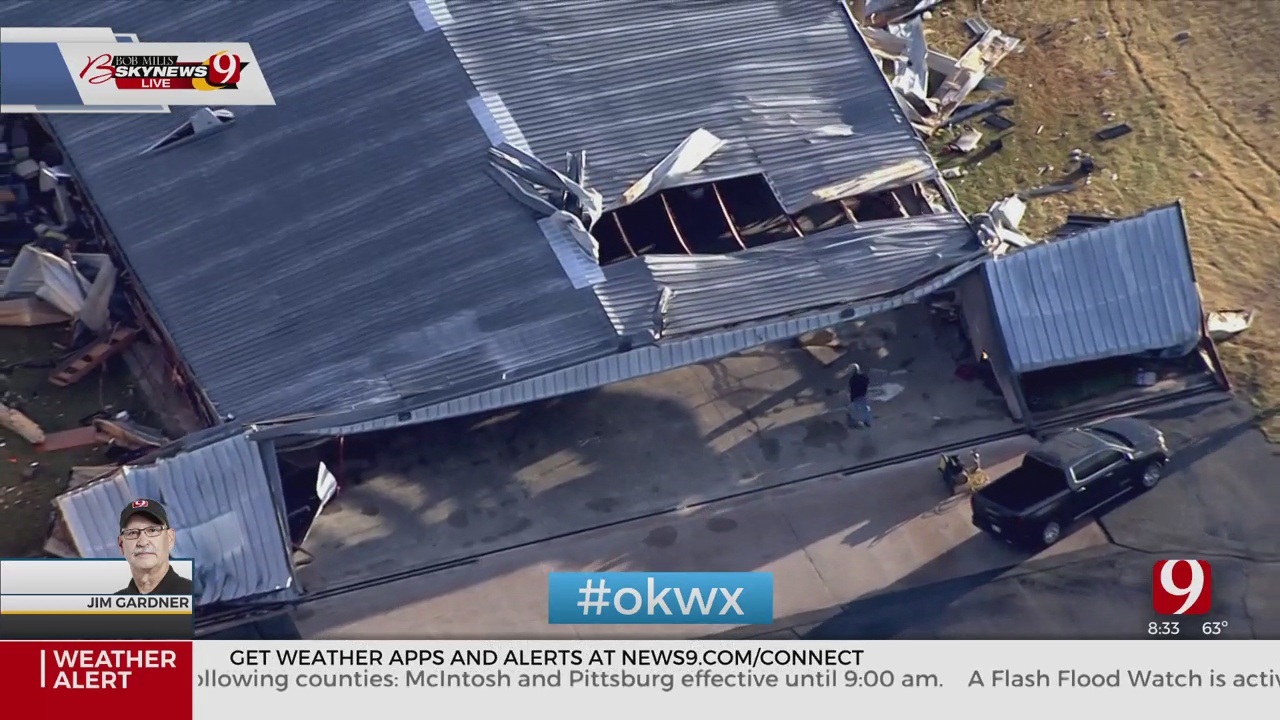 Damage was reported after a strong storm swept through the City of Clinton Tuesday night.

Multiple hangars at the Clinton Regional Airport were damaged including one hangar that collapsed, landing on top of two planes and three vehicles.

A tornado touched down at approximately 8 p.m., according to News 9 Chief Meteorologist David Payne.

Thankfully, there were no reported injuries, according to the Clinton Police Chief Paul Rinkel.

News 9’s Barry Mangold was on the scene.

Related: WATCH: Tornado On The Ground In Clinton, Oklahoma