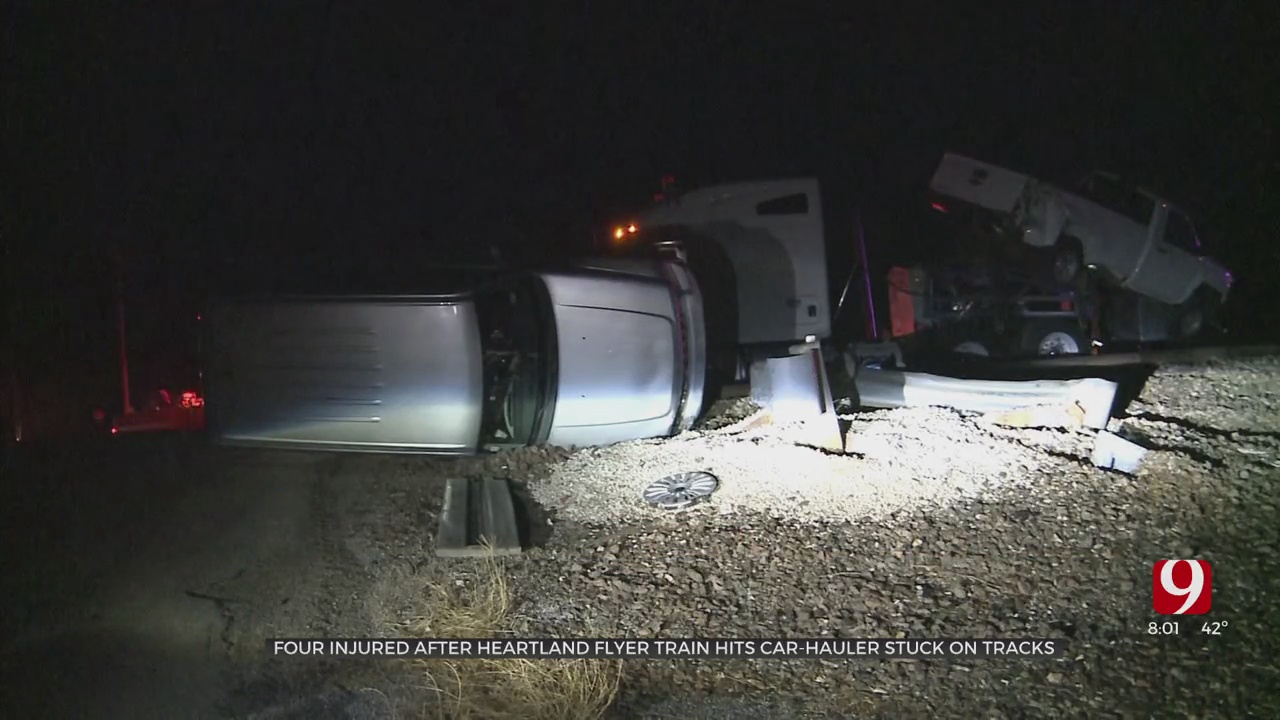 A Heartland Flyer passenger gave her account of what happened before and after a crash that injured four people in Love County.

News 9's Ashley Holden spoke with the passenger, who was on her first roundtrip train ride.

The Heartland Flyer collided with a semi car hauler shortly after 7 p.m. Friday near Highway 77 and Addington Bend Road.

The car hauler reportedly got stuck on the tracks and was hit by the train.

The train was on its way from Forth Worth, Texas to Norman.