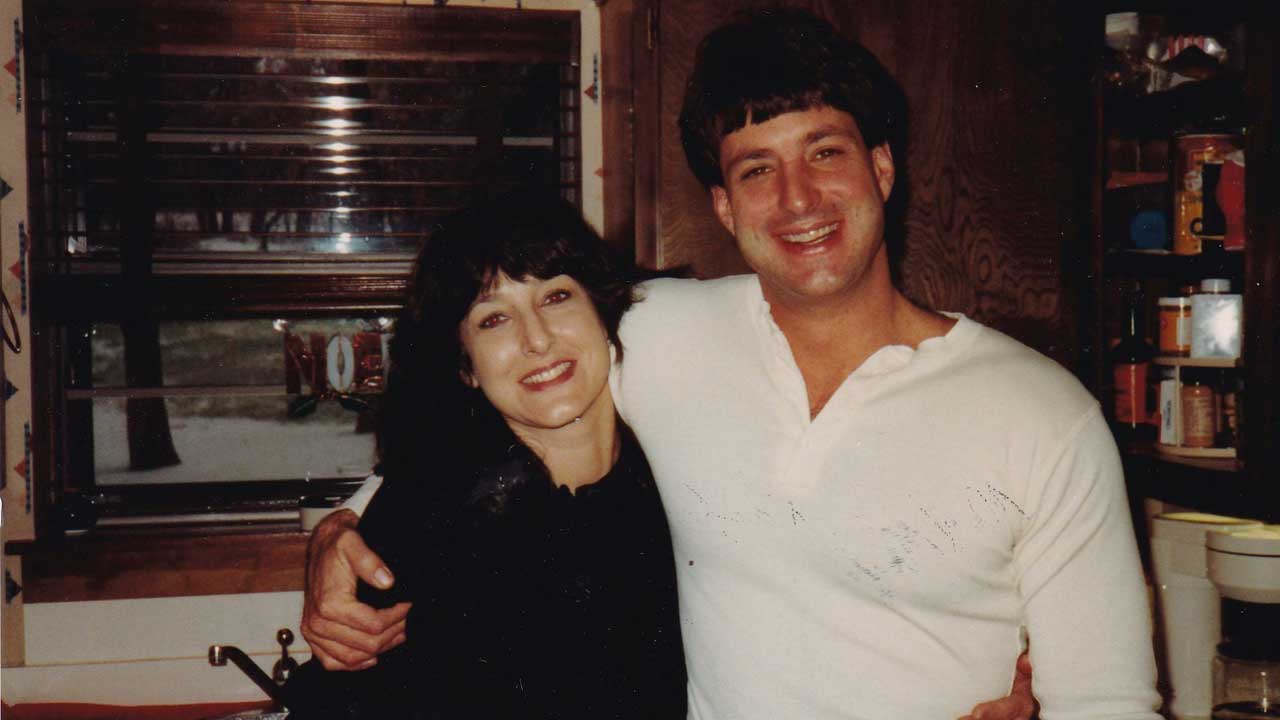 Under lock and key on Oklahoma's death row, convicted killer Julius Jones has vehemently declared his innocence in the 1999 murder of Edmond businessman Paul Howell.

Inevitably, the Howell family fell silent to a vocal and national movement to save Jones' life.

Now, they've changed their stance to address what they say are gross misrepresentations of the facts in the case.

"I want it to end," Megan Howell Tobey said. " I just want to shout it from the rooftops and say he’s guilty, he’s guilty."

She is confident in Jones' conviction because she witnessed her brother's murder.

They swung by Braum's for ice cream before returning to their parents' home in Edmond.

Paul Howell pulled the family's 1997 GMC Suburban into the driveway. His two daughters were in the back, Megan was in the front passenger seat.

The family, unaware they'd been followed, started to get out of the SUV.

Megan said she barely had her foot out of the door when she heard the gunshot.

"I heard somebody yell, 'Where are the keys, where the keys?'" Megan said she quickly turned around to see a man standing in the driver's side doorway. "Paul was gone and I just knew he'd been shot."

Megan said she grabbed his daughters from the backseat and ran toward her parents' home.

"As we ran to safety, somebody yelled 'Stop!' and they shot at us," recounted Megan.

Unscathed, she informed her parents who called police to the scene.

Howell had been killed for the Suburban -- and then run over during the carjacking.

Prosecutors said 19-year-old Julius Jones and his close friend, Christopher Jordan, 20, set out to steal a GMC Suburban that night -- they parked at the Braum’s and waited for one to pull in.

"He could have spared Paul's life and still taken the car." Megan said.

She said her brother was a generous man who would've turned over the keys if given the chance.

Instead, prosecutors said Jordan trailed Howell's Suburban to the home where Jones planned to steal the SUV.

"Julius Jones never said a word. He just put a gun to my brother’s temple and shot," Megan explained.

Jones was arrested and charged with murder in 1999.

In 2001, his accomplice, Jordan, who admitted to being at the scene of the murder, pleaded guilty to first-degree murder and agreed to testify against Jones in exchange for a 30-year prison sentence.

Megan also testified in Jones' trial as the only adult witness to the crime and offered a description of her brother's killer.

Jones was convicted of first-degree murder and sentenced to death in 2002.

Read: A Look Back At The Murder Case Against Julius Jones

In recent years, Jones supporters have challenged the testimony of multiple witnesses.

Megan said contrary to misinformation put out by Jones' supporters, she never described her brother's killer as having cornrows.

"When asked in the trial about his hair, I said I saw a small amount of hair sticking out between the top of his ear [and a stocking cap]," Megan explained, describing the space between, not the length of his hair. She emphasized, "I did not see cornrows."

Jones did not have cornrows. However, Jordan did.

Jones continues to proclaim his innocence -- maintaining that he was framed for the murder and given an unfair trial.

Eventually, a signed affidavit from another inmate surfaced. The inmate claimed that Jordan had bragged about being the real killer.

Jordan denied it and was released from prison in 2014.

That same year, Megan received a letter from Julius Jones.

"The thing that was upsetting is that he knew where I lived." Megan said.

In the letter she said he asked that she change her testimony.

"It was almost like a threat, 'You know you can save my life; you change your testimony and I will get out,'" Megan said.

An all-out public relations campaign came next with big name celebrities and athletes joining the Justice for Julius movement.

"The more I heard about it, I just thought nobody is going believe it because we have the facts behind us," Megan said. "It just kind of took on a life of its own and I still do not to this day understand why so many celebrities have gotten behind this."

Jones' supporters have also released documentaries such as The Last Defense and issued petitions to free him.

Most of the pro-Jones publications have stated that his trial "was marred by racism, ineffective assistance of counsel, prosecutorial misconduct, unreliable testimony and faulty evidence."

In response, the Howell family created the campaign 'Justice for Paul Howell' in what they call an effort to combat the "outright lies" that Jones' supporters are rampantly telling the public.

"I just wish people would take time and realize how hurtful it is to our family." Megan said as the Jones movement gained momentum, she became more fearful for her safety. "You know they are revictimizing us, Julius Jones is revictimizing us."

Megan said she expected the Oklahoma Pardon and Parole Board to consider her safety, as well as Jones’ prison misconduct, during the controversial vote on his commutation in September.

Instead, she believes the fervor of his national supporters convinced the board to recommend his death sentence be commuted to life with the possibility of parole.

"It was disheartening," Megan said. "I just don’t think they were being fair...could tell by their expressions when we walked in there that they were going to recommend him."

Still, the state set an execution date for Jones on November 18.

Gov. Kevin Stitt announced he would not consider commutation in Jones' case and instead would await the result of his clemency hearing -- a hearing that would be in front of the same Pardon and Parole Board.

"There’s no confidence there, " Megan said. " I have to put my total faith in Governor Stitt because I don’t have any faith in the Pardon and Parole Board...they are so biased."

The Howell family requested a meeting with Stitt to share Paul Howell's story and express their concerns. At last check, the governor has not scheduled a time to talk with them.

The clemency hearing for Jones is set for October 26. In the days leading up to that important hearing, Megan and her family said they are anxious.

They are praying and hoping that the justice jurors imposed on Jones two decades ago won’t be undermined now.

She said otherwise, "It will almost be a death sentence for me because if he does [get out] he will hurt someone again, and I feel for sure he will come, not necessarily after me to murder me, but he will come and find me."

After 22 years, Megan and the Howell family say, "we just need some kind of closure" and justice for Paul Howell.

"He was such a loving son, a great brother, and the best father you could ever know, an innocent victim," Megan said.

The 45-year-old Edmond insurance executive was gunned down in his parents' driveway, in front of his sister and his two young daughters. The family recalled hearing two gunshots.The accomplice, 20-year-old Christopher Jordan, was said to have driven the gunman to the home.

Witnesses to the deadly shooting say the suspect stole Howell's 1997 Suburban. They described the killer as wearing a white shirt, a black beanie and a red bandana over his face.

July 30 and 31, 1999: Jordan and Jones were arrested days after the murder. Police found the murder weapon at Jones' parents home wrapped in a red bandana, as well as the clothes the gunman was described wearing at the crime scene.

Aug. 1999: In August 1999, Macy charged Jordan and Jones with first-degree murder and conspiracy to commit a felony, in this case, robbery.

2001: Two years later, Jordan plead guilty to first-degree murder in exchange for a 30-year prison sentence and to testify against Jones. He was released from prison in 2014.

2002: In 2002, Jones was found guilty of Howell's murder after the jury deliberated for just over three hours. He was sentenced to death and has been on death row since the conviction.

Oct. 2018-March 2021: Support, both locally and nationally, grows for Julius Jones's sentence to be commuted:

‘We’re Trying To Save Somebody’s Life’: Request For Julius Jones’ Commutation To Be Reviewed In March

Rally To Be Held For Death Row Inmate Julius Jones

March-September 2021: Legal teams for both the state and Jones prepare for commutation hearings.

A Look Back At The Murder Case Against Julius Jones

What's Next For Julius Jones's Appeal?