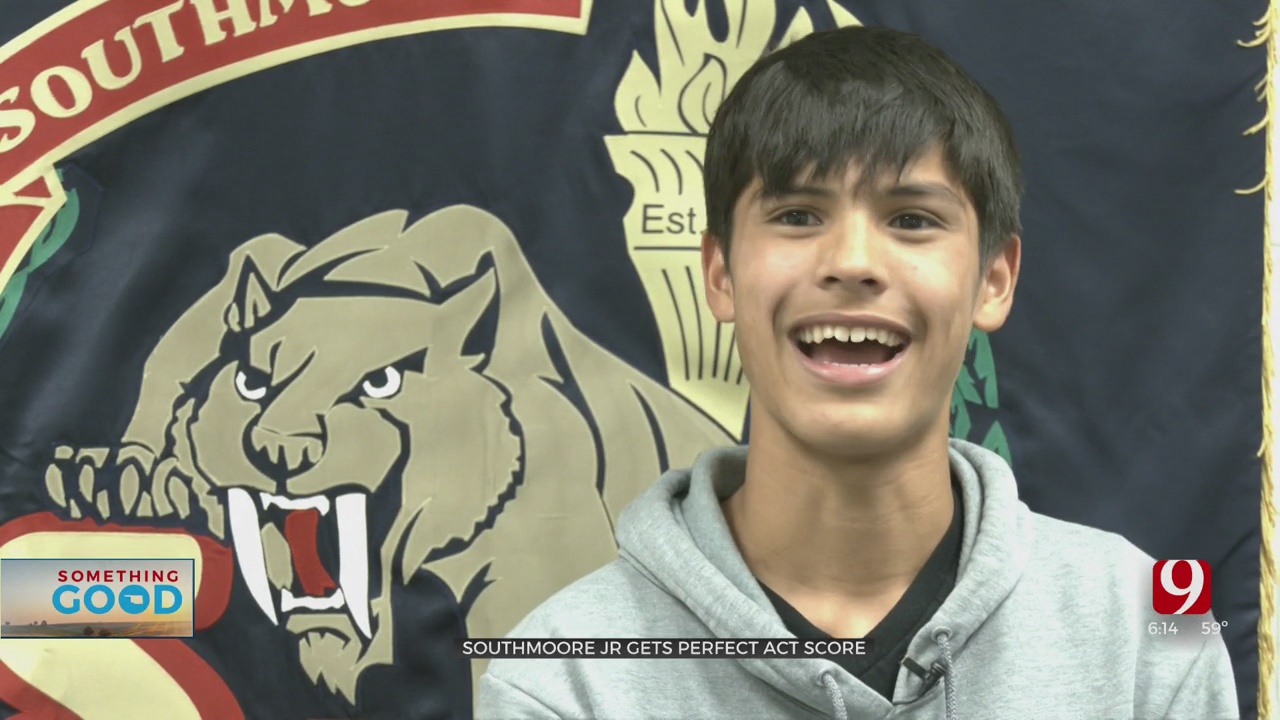 Less than 1% of people in the world can boast about a perfect ACT score and Devin Snyder is one of those.

Devin is just a junior at Southmoore High School. He just received the news that he scored a perfect 36 on his ACT test.

“I was really excited. I knew it was a huge deal and a really small percentage of students nationwide achieve that,” said Danny Reed, principal at Southmoore High School.

In fact, only 0.334% of high school students receive a perfect score on the ACT. How did this 4.0 student prepare for the test?

“But really it was like the day before where I really studied hard for it. Yeah, I really just crammed for it the night before, went to sleep, just hoping that I could do really well on the test,” said Devin.

With a little help from some of his friends news of the score quickly spread around the school.

Devin’s father, Brian, remembers vividly getting the news through a family group text.

“He took a picture of it and texted the picture of it saying I got a perfect score, 36, and then I immediately texted back. I couldn’t be more proud,” said Brian Snyder, Devin’s father.

Devin has always had dreams of attending MIT for engineering, but until now, has always been just a dream.

This was Devin’s first time taking the test, so the question is, will he take the test again?

“It feels like it doesn’t make sense to take the ACT again, after you’ve already gotten the perfect score. I don’t know, I’m still trying to decide,” said Devin.

There are a few family celebrations in the works, and then of course, another year of high school for Devin.