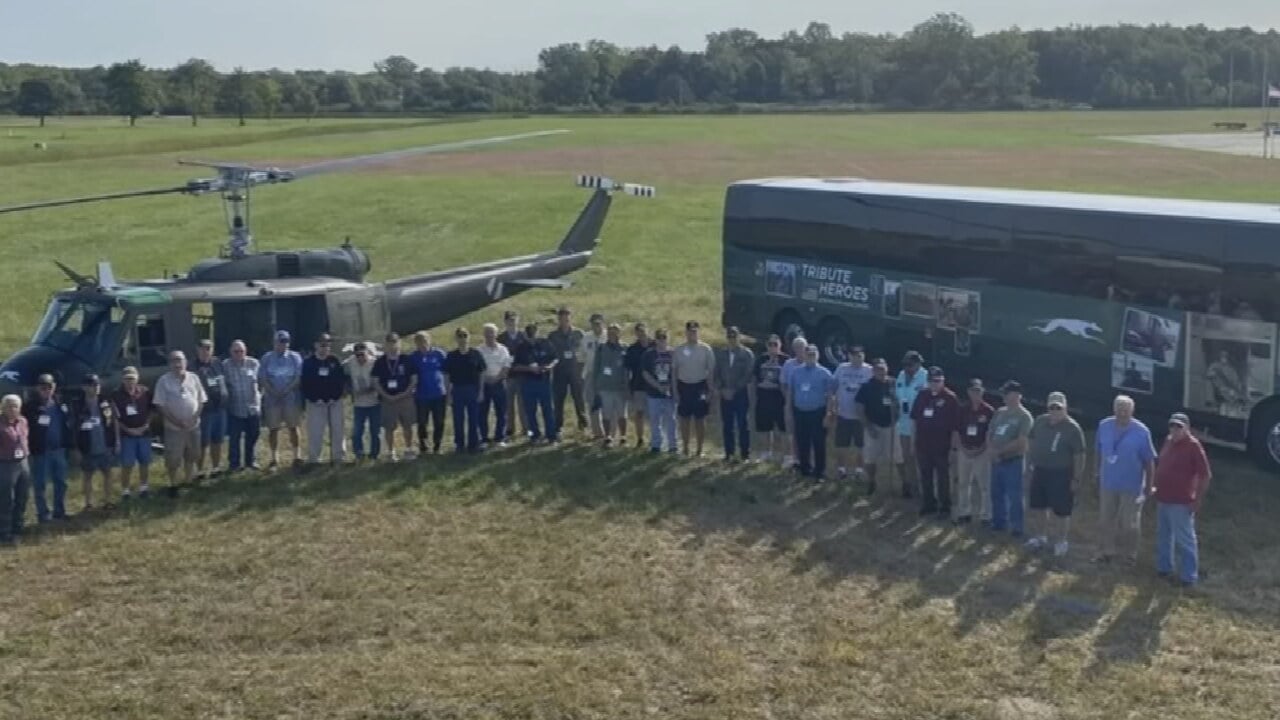 Some Oklahoma Vietnam veterans are honored to have a partnership with Greyhound bus lines that's now lasted for five decades.

The veterans all served in the same Army Helicopter Unit and the Greyhound was their logo. It was a tribute all the men from the 240th Assault Helicopter Company couldn't have imagined: an original Vietnam war helicopter restored to fly again and a special Greyhound bus wrapped in honor of their unit.

"The aircraft that carried the troopers were the Greyhounds," said Morris Miller.

Morris Miller was a Helicopter Crew chief during the Vietnam War. He said their helicopter unit chose Greyhounds as their logo because they shuttled troops around, just like the bus line. After a commander from the Unit wrote to Greyhound Bus Lines, the company donated their running dog decals for the helicopters and vehicles all for free.

A beautiful partnership was formed.

"Our motto was Go Greyhound and leave the flying to us," he said.

This year at the unit's reunion in Michigan, Greyhound unveiled a wrapped bus that features the helicopter unit and pictures of the soldiers. It will tour the US for a year. Many men in the unit are from Oklahoma.

Ridge Smith was a Greyhound for only 10 days before he was shot 11 times, twice in the head.

"We flew in and found out it was a Viet Cong," said Smith. "I got shot and my crew chief was killed."

Smith spent 10 months in the hospital.

He went on to serve another 12 years in the Army and became a captain.

Bob Tippett was another Greyhound.

Tippett survived and served for 28 years in the Army and will never forget those memories.

"Over the years we've tried to keep together as a family," said Tippett.

"We all carry a hurt inside that doesn't leave us," said Morris. "And we need each other for that support."

The 240th AHC plays a special part in Greyhound’s history and we are grateful for the relationship we’ve shared over the years. It is an honor to continue to celebrate them. This special bus wrap represents our commitment to remembering the sacrifices the 240th and veterans across the country and abroad have made for our freedom.