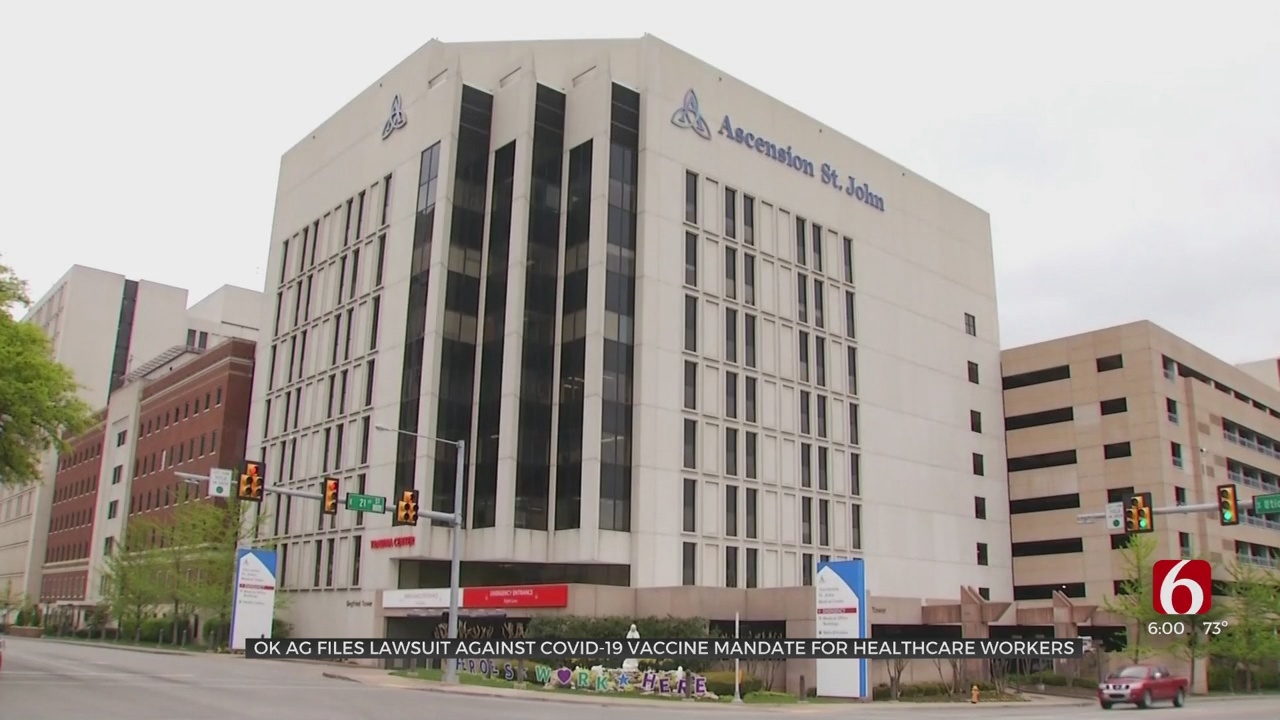 "The Biden Administration thinks that they can just sign an Executive Order and will all be elated that they're taking such good care of us and that is such a ridiculous swamp-based viewpoint,” said O’Connor.

The 12-state coalition is requesting a preliminary injunction Monday in the U-S District Court for Western District of Louisiana.

O'Connor says the healthcare field is already threatened by a labor shortage and tells us the mandate would only exacerbate the problem.

"The Attorney General is the top legal officer for the state of Oklahoma and so I think of 3.9 million individuals and their personal rights, and their personal freedoms, and I just don't think the Biden, Harris, Pelosi, Troika should be telling us how to live our lives out here,” said O’Connor. “And I think it's particularly sinister that they're threatening people that if they don't get a vaccine that they're gonna lose their paycheck, their job, and I think it's ridiculous that they're using our great private employers as the tool for the Biden Administration. It's a great deception and it's putting our private employers who are providing jobs for us in the position of being the bad guy and I know they do not appreciate that."

"We found that Ascension was directing the denial of virtually all exemptions requested on religious grounds. We considered that religious discrimination," said O’Connor.

O’Connor said they filed a lawsuit and got a temporary restraining order against Ascension but told us the hospital then pivoted from saying it's suspending employees to taking them off the schedule.

Oklahoma Attorney General John O'Conner says Ascension Saint John violated a Tulsa County judge's order to not suspend or fire its employees who don't get vaccinated against COVID-19. On Friday, O'Connor said the mandate impacts about a quarter of the nation's healthcare workers who aren't vaccinated.

"The healthcare frontline workers that we called heroes a year ago, they're being fired if they don't take the vaccine, which threatens their mortgages, their car payments, etc.,” said O’Connor. “This group of employees is willing to do masks and regular testing. Obviously, this group of people is as interested in the health of the patients and their fellow workers as anybody on the planet."

"It's a great deception and it's putting our private employers who are providing jobs for us in the position of being the bad guy,” said O’Connor.

AARP said nearly 43% of nursing homes and other long-term care facilities in Oklahoma are dealing with staff shortages, and more than 42% of health care staff aren't fully vaccinated.

The White House argues the president's policies will help end the pandemic sooner rather than later.

"Before the President began implementing vaccine requirements, we were averaging less than 250,000 first shots per day. It's clear that these requirements driven by the President's leadership are getting more people vaccinated, accelerating our path out of the pandemic, saving more lives,” said Jen Psaki, White House Press Secretary.

O'Connor believes the mandate violates several federal laws, the Spending Clause, the Anti-Commandeering Doctrine, and the Tenth Amendment to the U.S. Constitution. He also thinks it “exceeds the agency’s statutory authority and violates the Social Security Act’s prohibition on regulations that control the hiring and firing of healthcare workers.”