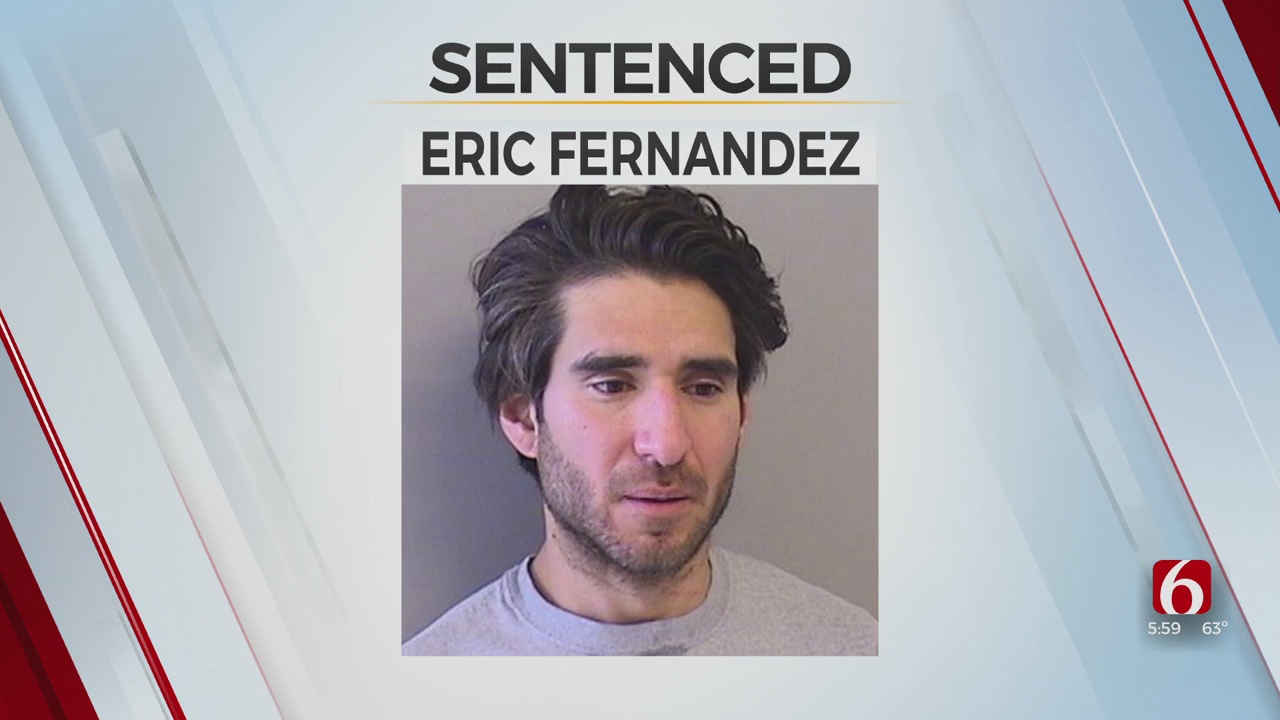 A Tulsa judge sentenced a man to 35 years in prison after he plead guilty to six of the seven counts against him and no contest to the other, without any deal from prosecutors.

Eric Fernandez beat, strangled and threatened to kill his ex-girlfriend at their apartment in 2019, and it was caught on video.

The victim lost consciousness during the attack but was eventually able to escape. Fernandez then got into a standoff with police for hours, before being taken into custody.

The victim, Allyssa Manning, says she finally has some relief and can start a new chapter in her life.

She says she wants to show other women they too can hold their abuser accountable.

Fernandez was arrested in December 2019 after the nearly six hour standoff at an apartment complex near 71st and Riverside.

Alyssa says Fernandez choked her until she was on unconscious, then repeatedly slapped her and tried to wake her up, then gave her mouth to mouth to revive her, and attacked her again. That part of the attack was caught on video inside their apartment.

She says once she came to, Fernandez pointed an AR-15 at her head and repeatedly said he would kill her.

She escaped through the garage and locked herself in the car, screaming until neighbors rushed over to help. A medical expert testified that after seeing the surveillance video, he was surprised Alyssa survived how long she was on unconscious after being choked.

Prosecutors say what Fernandez did is a form of torture, by strangling her unconscious and bringing her back, and doing it over and over again.

“I just hope that maybe if people see that of you stick through it and if you show up and fight for what’s right that it can end up in the person actually getting in trouble for what they did and show that it’s not okay,” said Alyssa.

The judge said the person she saw in the video looked to a cold blooded killer.

Alyssa says she hopes her story will inspire other women to fight for themselves.